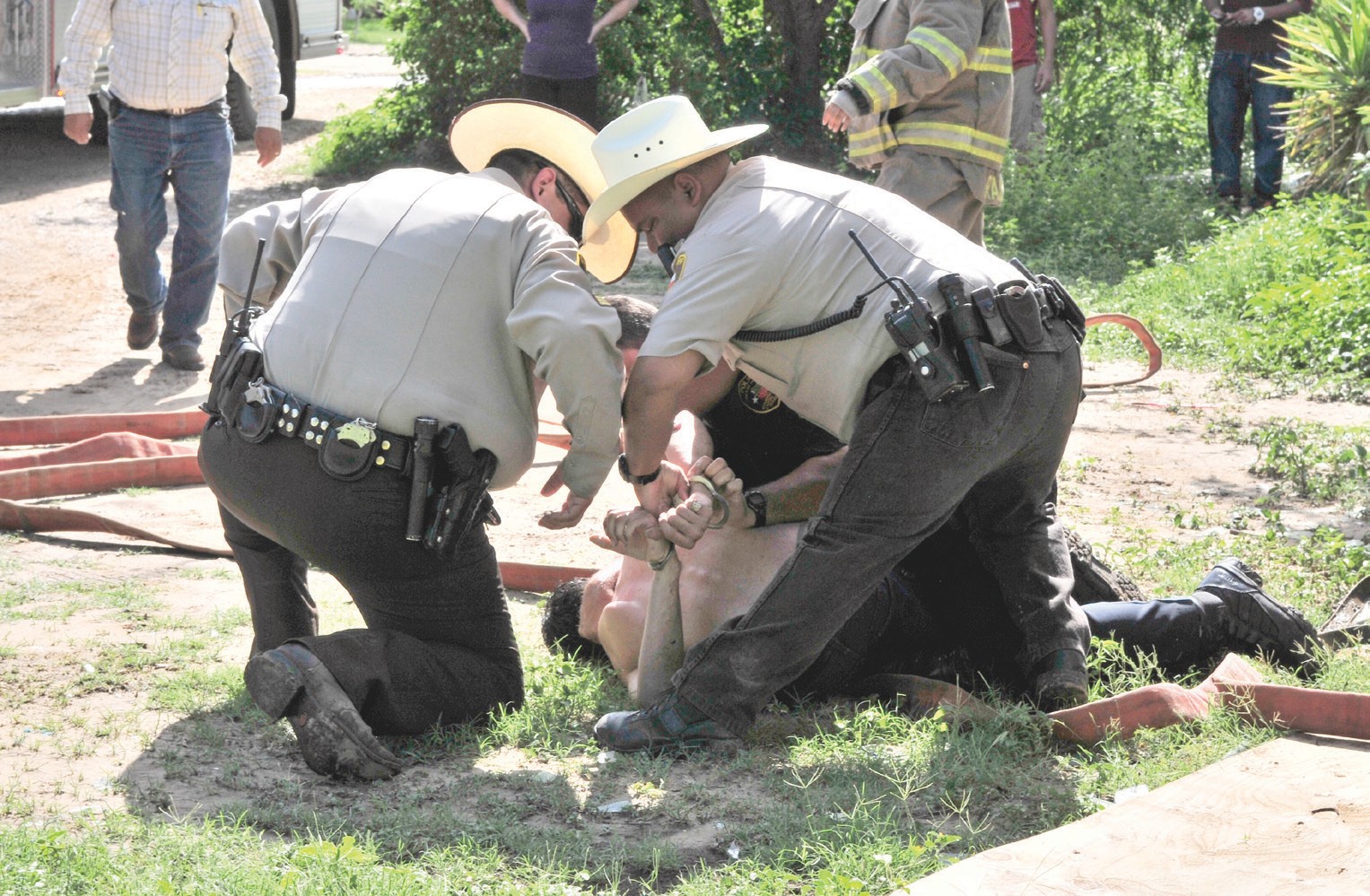 Two Atascosa County Deputies, along with a Poteet police officer subdue Roger Rey Garza, of Poteet, after being dispatched for a disturbance call. Garza allegedly started a fire, which forced the Poteet Volunteer Fire Department to contain the mobile home fire.

POTEET– The Poteet Police Department was dispatched to 1511 FM 476 Sunday at 5 p.m. after a call for a structure fire.

Roger Rey Garza, 26 of Poteet, allegedly started a fire in the hallway and living room of his mobile home.

The Atascosa County Sheriff’s Department assisted Poteet PD on the scene after subduing the suspect inside the smoking home.

“He had some personal issues,” Poteet Lt. Investigator Frank Leal said about Garza’s state of mind.

Reports state gasoline was used as an accelerant in the fire.

“We received a disturbance call on the house,” Leal said.

“The man barricaded himself in the hallway and didn’t want to come out.”

Garza was arrested for arson and is at the Atascosa County Jail pending the investigation.