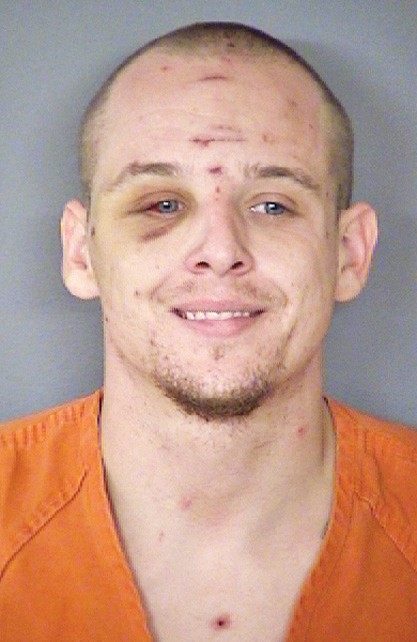 Craig Davis Tumlinson allegedly kidnapped his ex-girlfriend from her home and sexually assaulted her. Tumlinson is currently in the Bexar County Jail.

The Jourdanton Police Department and Bexar County Sheriff’s Deputies arrested Craig Davis Tumlinson, 26, at the Jourdanton Square Apartments early Friday morning. Tumlinson allegedly kidnapped his ex-girlfriend on Thursday, Sept. 26, around 1 a.m. from her home in the city of Atascosa.

According to reports, Tumlinson tied his ex-girlfriend’s hands around her face with tape and forced her into his truck. Tumlinson drove himself and his ex-girlfriend to a house on the 11000 block of Castro Avenue in LaCoste, where he is alleged to have sexually assaulted her.

Eventually, the woman was able to escape. The BCSO secured a warrant for Tumlinson’s arrest, and he was found early Friday morning at his home in the Jourdanton Square Apartments.

He did not resist arrest.

According to Bexar County records, Tumlinson is charged with a first degree felony for aggravated kidnapping and a second degree felony of sexual assault. According to the BSCO Chief Communications Officer, Paul Berry, Tumlinson was taken to the Bexar County Adult Detention Center on Friday at 3 a.m. His bond is set for $75,000 for the kidnapping charge and $30,000 for the sexual assault charge.