Man arrested for attempted use of TASER on Jourdanton officer 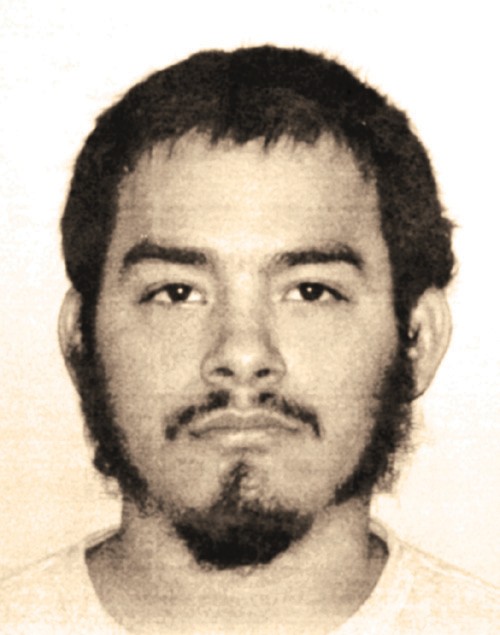 Atascosa County Sheriff’s Office Deputy Sgt. John Rothenbach arrested Elizar Vega, 20, on charges of Taking a Weapon From a Police Officer and Assault of a Public Servant, in relation to an incident in late December 2013 in which Vega allegedly took an officer’s TASER and threatened to use it on him.

On 5:15 p.m. December 12 2013, Officer Joel Chavez arrived at the 2500 block of Brown Ave. in Jourdanton on a domestic disturbance call. According to Jourdanton Police Chief Eric Kaiser, there were numerous family members gathered in the yard, and a number of them were trying to talk to Chavez at the same time. Vega was sitting in the back seat of a nearby car. Vega’s wife alleged that her husband had assaulted her, and pointed out where he was to Officer Chavez. When Chavez opened the car door to interview Vega, Chief Kaiser alleges that Vega “ignored Chavez and began to walk away”. Chavez attempted to stop him, and Vega retaliated with force. Chief Kaiser says the police car’s dashboard camera recorded most of the incident.

Chavez pulled out his TASER, Vega scuffled with Chavez again, and Vega gained control of the weapon. Vega tried to fire upon the officer, but Chief Kaiser says that the suspect wasn’t familiar with the procedure on how to make the gun discharge. At this point, Jourdanton Police Corporal Troy Walter was on the way to the scene. Chief Kaiser says that Chavez then knocked the TASER out of Vega’s hand; he and Cpl. Walter then placed Vega into custody. He was charged with Assault by Contact and taken to the Atascosa County Jail. They later released Vega, temporarily, while the assault on the police officer and the theft of the gun were thoroughly investigated, according to the JPD Facebook.