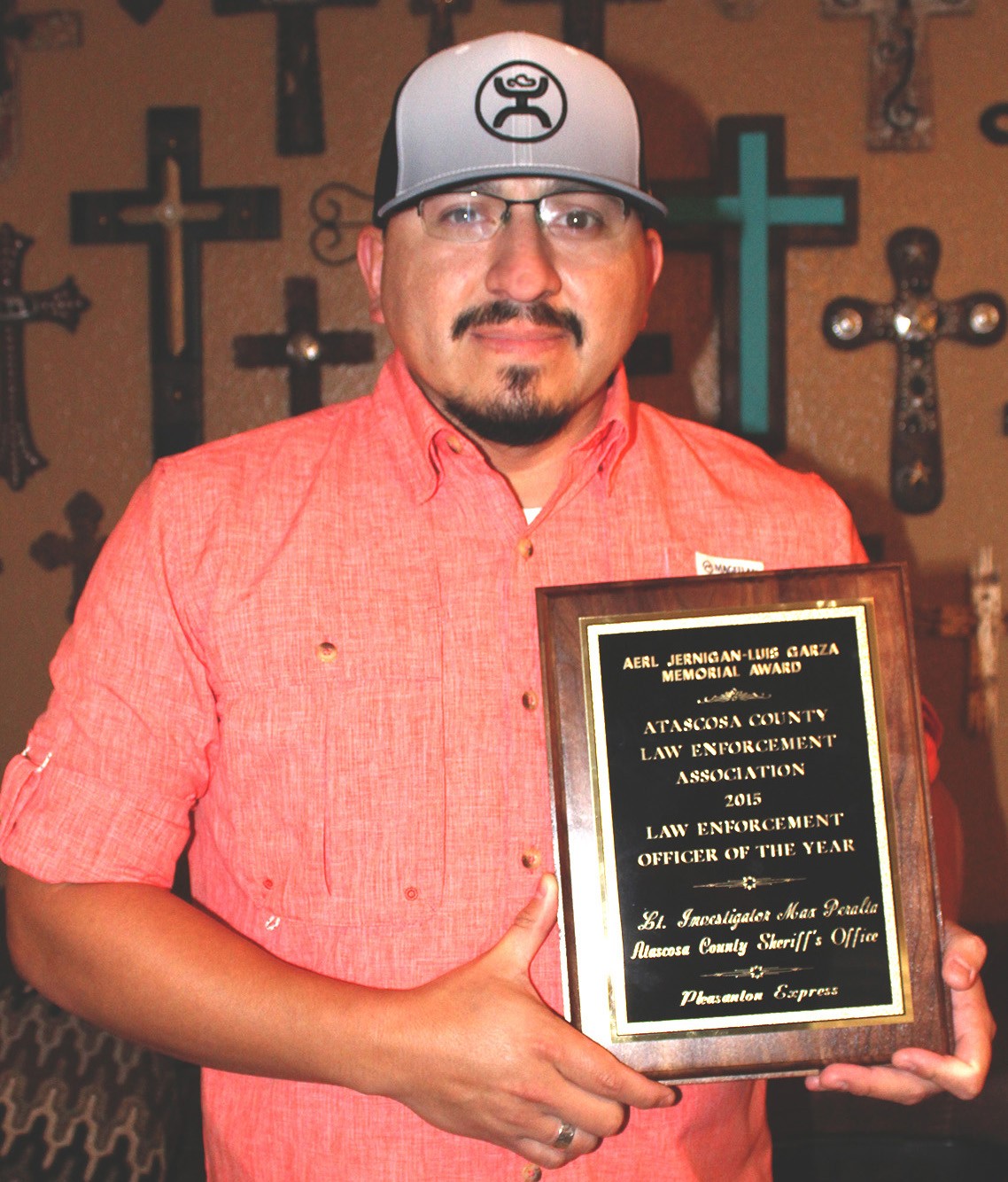 He received the award after a fajita dinner at the Jourdanton Community Center last Thursday, June 29.

The dinner, catered by Rose and Balde Pesqueda, was served among a patriotic theme – complete with red, white and blue door prizes.

He was presented the award by Sue Brown, Editor of the Pleasanton Express. The Express has sponsored the award since 1987.

Lt. Investigator Max Peralta has worked with the Atascosa County Sheriff’s Office for the last nine years. He is assigned to the Criminal Investigation Division (CID). He heads the Special Operations Unit (SOU) which is tasked to respond to any high risk search and arrest warrants, active shooters or barricade suspects. Lt. Peralta is a certified Auto Theft Agent for the Atascosa County area. He has received training with the U.S. Department of Homeland Security where he received his certificate as a HSI Task Officer. He is currently assigned to the 81st District Attorney’s Office under the SOU program which covers Atascosa, Wilson, Frio, Karnes and LaSalle Counties. This group is tasked with dismantling major targets in the narcotic distribution.

On January 1, 2015, Lt. Peralta was assigned the first homicide of the year which occurred in the Woodland Hills subdivision. He, along with members of the CID, worked the scene all night and were able to develop suspects within the first 48 hours of arriving on scene. It took a total of four working days and two suspects were in custody and both charged with murder.

During the year of 2015, Lt. Peralta led the Special Operations Unit in serving several narcotic search warrants. This unit has seized a large amount of narcotics and money used to fund the narcotic movement in the county.

On October 16, 2015, He was called to assist with an active Capital Murder case near the Bexar County line. He learned that the possible suspect on this case might have fled to San Antonio and was staying at a shelter. He proceeded to that area and while searching the area was able to locate the murder suspect still operating the victim’s stolen truck. Lt. Peralta was able to take this suspect into custody.

The Pleasanton Express is honored to assist in the selection process and sponsoring the plaque for the Officer of the Year.

Also recognized at the banquet were the recipients of the Thomas Monse, Mark Stephenson and Terry Miller Memorial Scholarship Awards.

The scholarships are given in memory of the three law enforcement officers who lost their lives during an ambush on October 12, 1999. 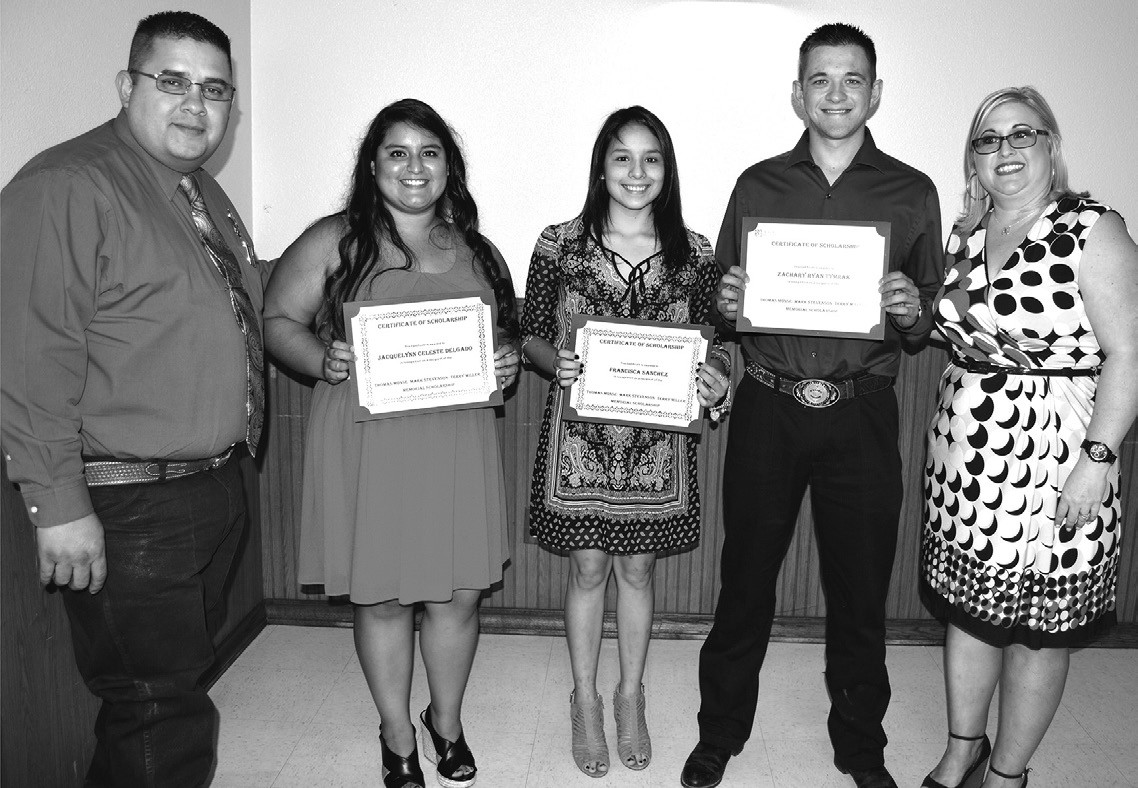