Louie Snappin’ Bees School is out!

On the Edge of Common Sense The Way I See It 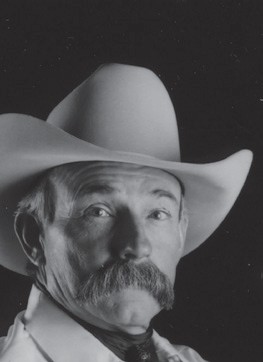 Ol’ Louie loved bees. Of all the things I remember about him, I remember that best. He’d be layin’ out in the front yard, day dreamin’ and sunnin’ himself when

I’d see an eye open and an ear cock. Then he’d spring to his feet and start snappin’ at the air. His jaws would be makin’ a sound like someone hittin’ the edge of a water tank with a two by four. When he caught a bee he’d spit it back out real fast! I never figgered whether he liked the taste of ‘em; maybe they still had honey clingin’ to their boots or maybe it was just a game. I don’t know.

He spent many a spring afternoon “snappin’ bees.” Oh, I’m not sayin’ he didn’t do his work, which was primarily guarding the territory, but that was mostly night work.

Louie came into my life like a lot of my friends… just wandered by and stayed. Somebody had dumped him off where the driveway meets the road. He grew up from a pup and we hunted lots of jack rabbits in his youth, me and Louie. One time I got serious about this rabbit hunting and picked up a retired greyhound from the track. His name was Duke. The three of us hunted for a week but it was too much for Duke so he retired.

Louie has his share of good times and aggravations. He got kicked by horses, sprayed by skunks, chased by cows, taunted by coyotes, bit by lovers, humiliated by cats and run over by a Buick. Come to think of it, I ran over him twice in the same day!

But he loved to ride in my truck. His first choice was the front seat; hangin’ his head out the window lettin’ the wind blow his ol’ tattered ears straight back. The ol’ feller had dignity, too! He wasn’t a house dog. When he had to spend a couple of days at the vet’s, if they didn’t take him out for a walk, he’d just hold it! He had too much pride to go inside. I never had a house broken into as long as Louie was there. He put up with a long succession of dogs, cats, horses and one raven that came and lived at his house over three years. He tolerated their presence if he was asked to. He shared my life for nine years and eventually kicked the bucket.

Friends like ol’ Louie are worth rememberin’. I think it helps you keep in touch with your soul. Kind of puts the important things in life in perspective.

Wherever he is, I bet he’s layin’ in the yard, sunnin’ himself and snappin’ bees. I surely hope so.

A collective sigh of relief may be exhaled this week as teachers said their good byes to their students for the summer break.

On the obverse, parents are most likely wondering how they are going to keep their children occupied for the next three months. When my kids were young and in day-care they had activities planned. Plus I didn’t have to have them there at a certain time – there were no tardy bells at summertime day-care!

They went to the library and to the Plestex for the summertime movie series.

When they got a bit older, I would pick them up on Wednesdays and take them to the movies. This was after I would have worked late on Tuesdays, back at the office to stuff and then deliver tear sheets.

We would settle in the theatre armed with popcorn and sodas. The cool A/C and the comfy seats would greet my tired body.

Then my kids would start poking me and telling me in loud whispers “Mom! Quit snoring! You’re embarrassing us!” I couldn’t help it. Cool, dark, comfy and relatively quiet were the perfect combination for a cat nap – befitting since I do remember one of the movies was Disney’s “The Aristocats.”

The way I see it, take your bored kids to the movies, library, pool, museum or park. There are lots of things to do in our communities.

Oh, and also, watch out for them walking or biking … school is out! 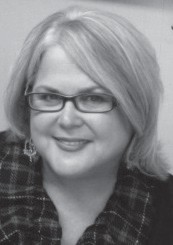