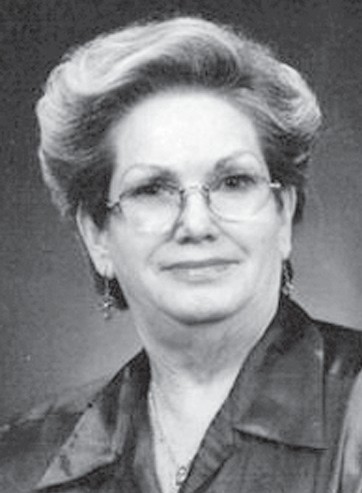 Lorena Cormier, a lifetime resident of Poteet, went to be with the Lord on January 26, 2014 at the age of 82. Lorena was born April 27, 1931 to Curry and Ima (Forrest) Jenkins. She was very active at the First Baptist Church in Poteet and served on many committees. She loved to cook, travel and most of all dote on her children and grandchildren. She saw many parts of the United States during her travels. Lorena was proud of her career as a nurse, working for many of the hospitals in Atascosa County.

Visitation will be held on Wednesday, January 29, 2014 from 10 a.m. to 12 noon at the First Baptist Church, 437 Avenue D and 4th Street, Poteet. The funeral service will be held at 2 p.m. with interment to follow at the Rutledge Cemetery in Poteet.