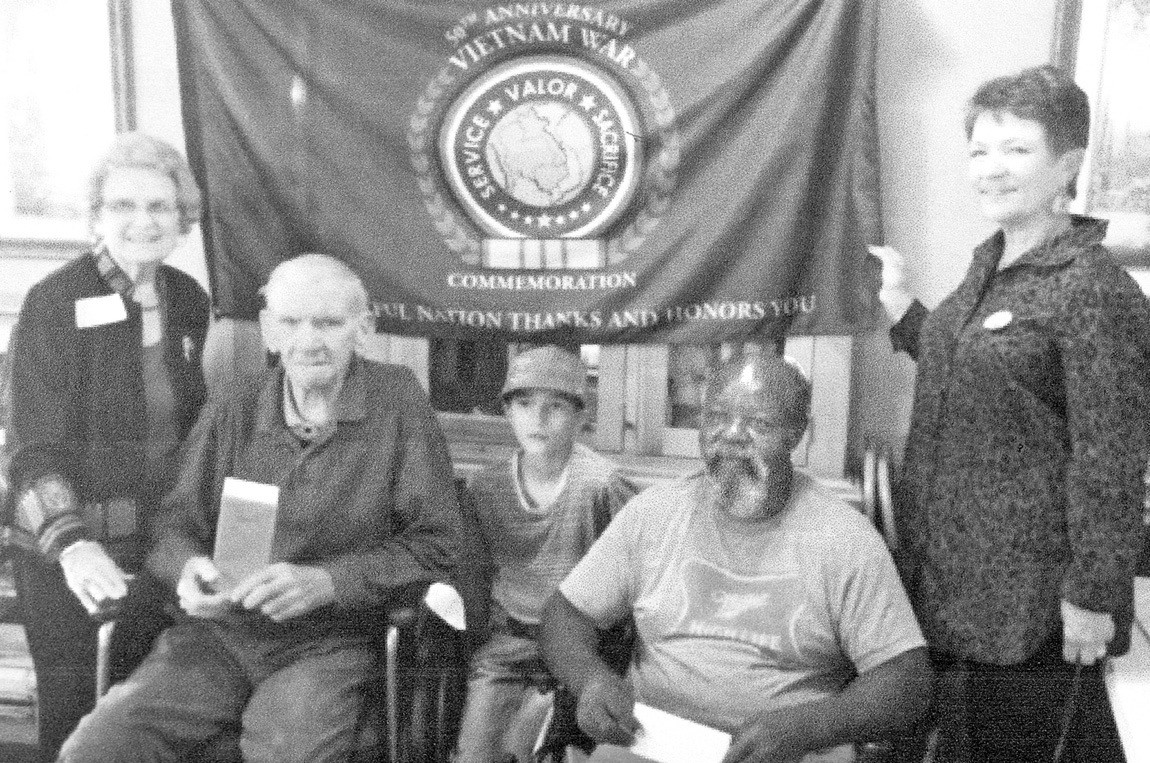 The Vietnam 50th Year commemorative flag was displayed on this the 50th anniversary of the Vietnam War. Pictured with veterans are Chrysta Moore, DAR member, Glynda Martin, DAR Treasurer and Jace Hierholzer, her 10-year-old grandson.

We welcome new members who can prove an ancestor participated in the American Revolution in some capacity. If you are interested in joining DAR, please contact Camilla Mitchell, Registrar, at 210-489-0179. Meetings are held the second Tuesday of the month; the next scheduled meeting will be February 2, 2016.

Daughters of the American Revolution volunteer for National DAR Day of Service on October 11, commemorating the 125th birthday of the founding of the DAR organization. Vietnam Veterans were honored with a reception at each of the 5 Tri-City Nursing Homes as well as those at Argent Court Assisted Living Center. All Vietnam Veterans received a gift bag containing an American flag lapel pin, USA stickers and a note of appreciation. All veterans received patriotic stickers and enjoyed having their pictures made. Refreshments were served to all residents.

At the November monthly meeting, Lee Burden presented a program on “Warriors’ Weekend” which was founded in 2007. Warriors’ Weekend is an non-profit corporation dedicated to the support of veterans of the USA with an emphasis on those wounded in The Global War on Terrorism. This is accomplished through holding an annual fishing event for wounded military personnel in May in Port O’Connor, Texas as well as donations to the veterans and veterans-based causes. Information is available at www.warriorsweekend.org, Warriors Weekend (Facebook) and Return to Honor (documentary available at amazon.com.

The Boots Campaign, called “Boots, Birds, & Birdies” promotes patriotism for America and our military community and to raise awareness of the unique challenges service members face during and post service came to Pleasanton. Mitchell White, a senior at Pleasanton High School, was the recipient of the DAR Good Citizenship Award on Tuesday, December 1. He plans to attend a university and obtain a degree in engineering. Mitchell was presented a scholarship of $250, a commemorative pin from the DAR, and two separate Certificates at the ceremony.

The Good Citizen Award is based on dependability, service, leadership, and patriotism. Mitchell is certainly exemplary in each of these areas. The essay presented to the DAR by Mr. White will go on to be judged at the State level, and hopefully, at the National level. Each level, starting with our local DAR, provides scholarship awards. 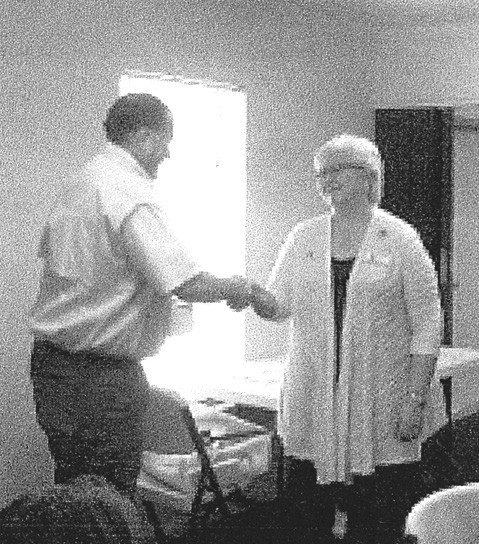 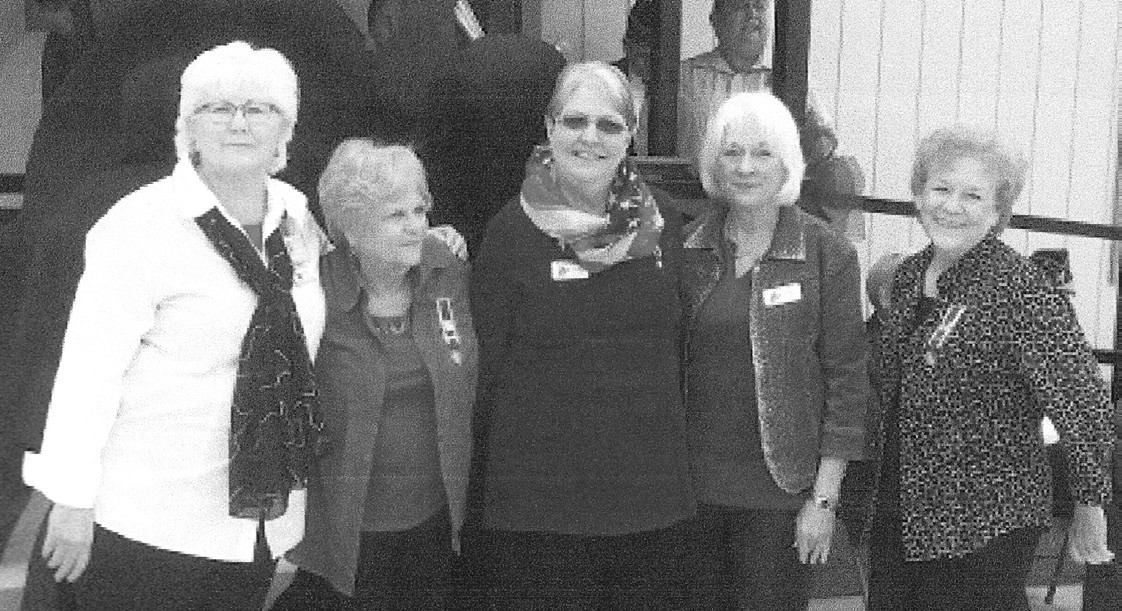 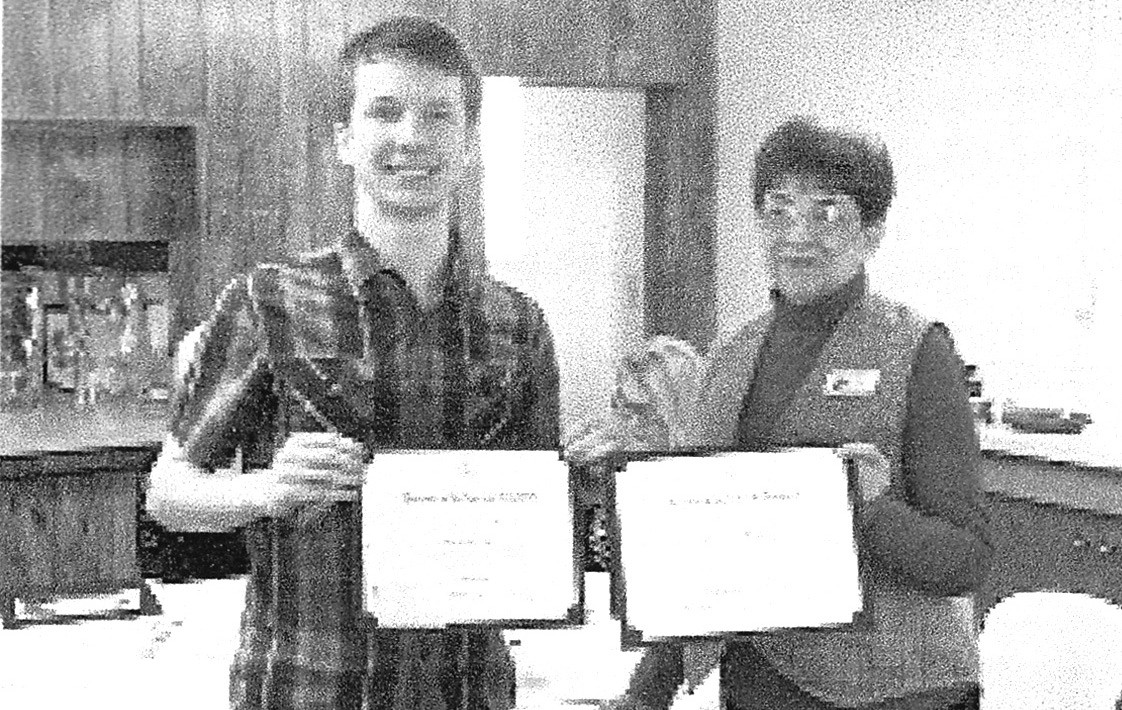 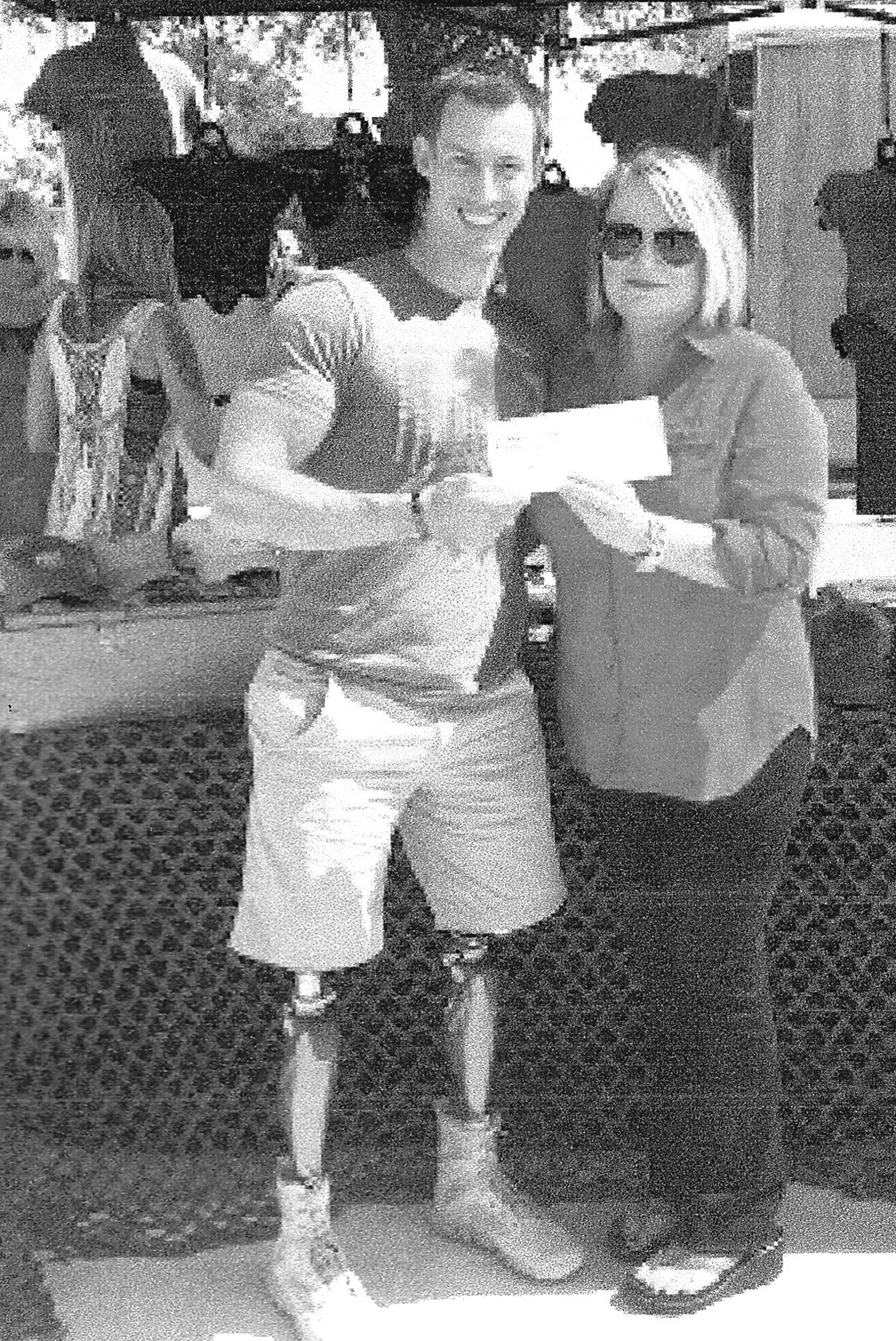