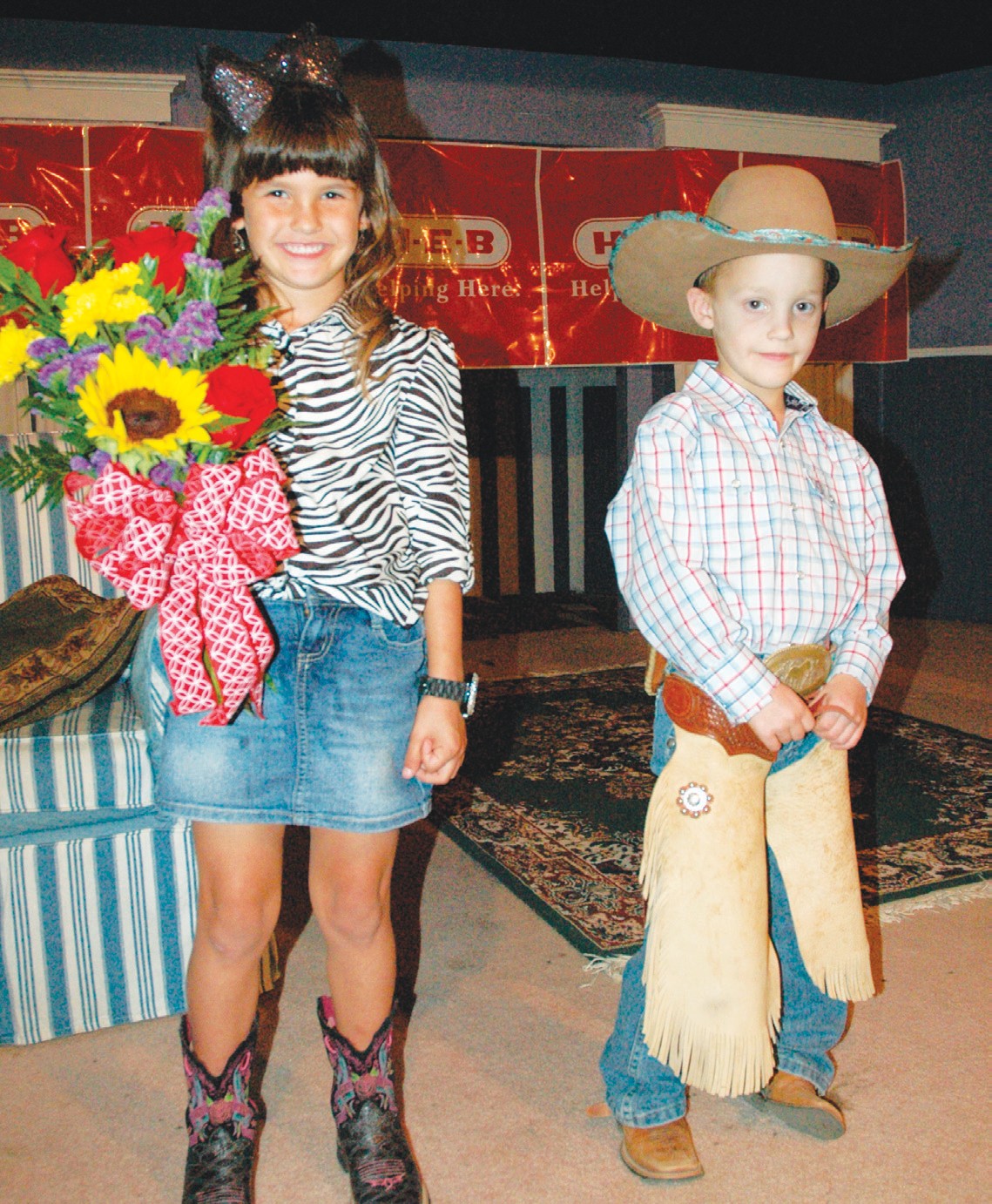 Mia Martinez and Jack Fluitt were named Lil’ Mr. and Miss Cowboy Homecoming pageant this past Sunday. Mia is the daughter of Megan and Rene Martinez Jr.. Jack is the son of Kate and Jonathon Fluitt. The kids will help with the Cowboy Homecoming Queen’s coronation next Thursday night at 7 p.m. before the Bull Ride Kick-off event.

Sponsored by H-E-B, the event was held on Sunday, October 12 at ACT Theatre.

All of the contestants were interviewed by Primary Principal Kari Vickers. A panel of former Cowboy Homecoming Queens Lesley Rakowitz McMillan, Kayce Huizar, Jessica Olle and Sue Brown helped to judge the pageant.

The current Cowboy Homecoming court assisted with the pageant. HE BUDDY gave out goodies to all the contestants and J&J DJ provided the music. Other participants were Jace Olle, son of Krystle and John Olle and Ryder Smith, son of Aubrey and Jason Smith.

Mia and Jack will assist at the Cowboy Homecoming Queen’s Coronation on Thursday, October 23 at the Bull Ride Kick-off event and ride in the parade on Saturday, October 25 as well as attend other events in the area during the year.