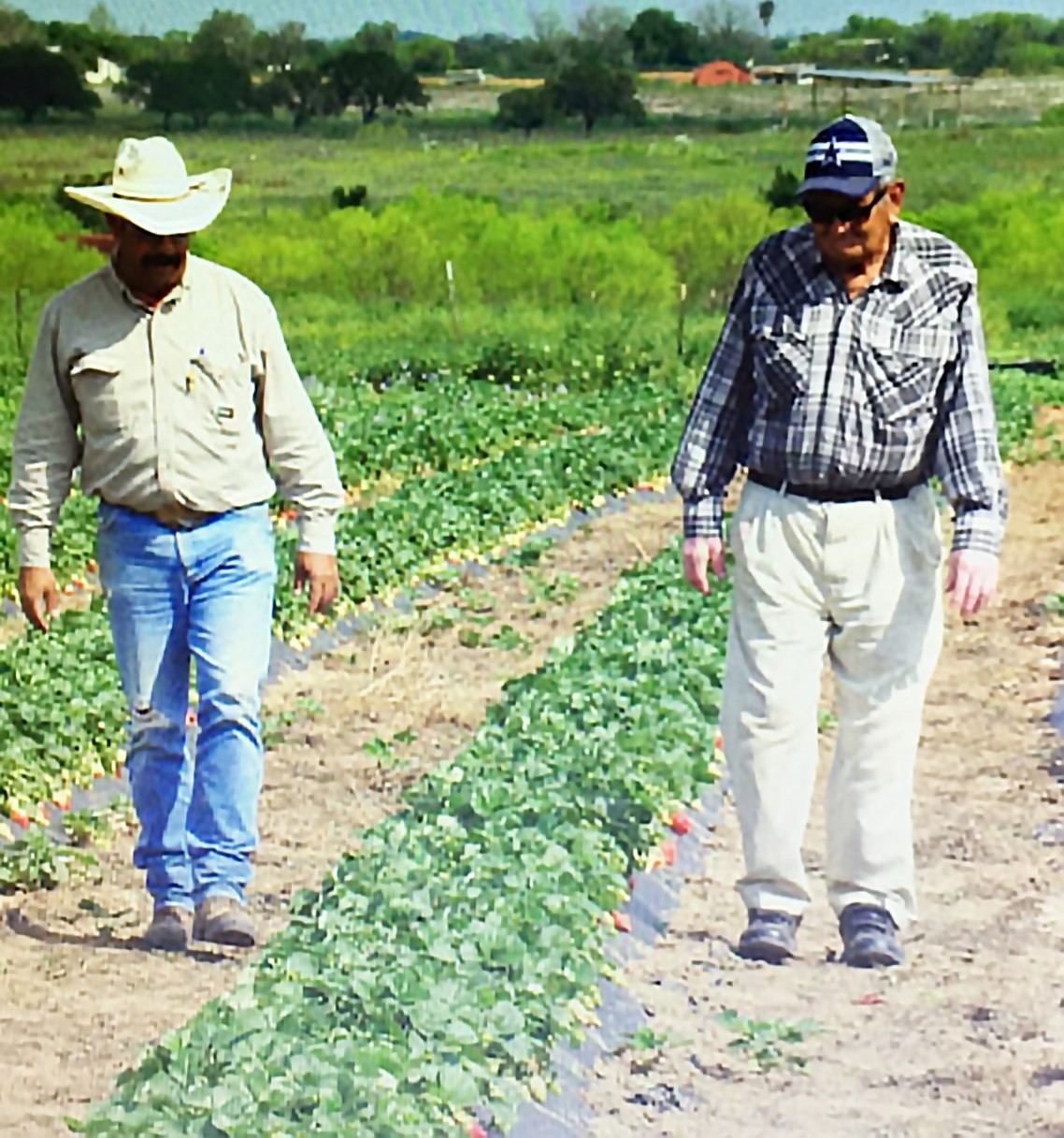 Father and son, Leonard Sr. and Jr., walk the fields shortly before he fell ill last year around Strawberry Festival.

A consistent winner in the Poteet Strawberry Festival contests, Leonard Sanchez Sr., has been named The Poteet Rotary Club Honorary Grower of the year.

Each year the club honors a grower who has passed away. Sanchez died on November 8, 2015 at the age of 78.

He was born on February 27, 1937, in Charlotte to Antonio Sanchez and Tomasa (Reyna) Sanchez.

He was educated in the one room school house at the old Tank Hollow School. Leonard would later settle in the same area with his childhood sweetheart Virginia Hernandez whom he married in August of 1955.

Together they raised five children, Ruben, Johnny, Leonard Jr., Robert, and Yolanda Sanchez Salinas on their farm near Tank Hollow Road near Rossville. These children grew up on the farm and helped in the fields as soon as they could pick the ripe berries.

His son, Leonard Jr., a grand prize winning grower himself (2011), said his dad always farmed. It was a love which his father shared with his grandfather Antonio Sanchez. In the 70s the Sr. Sanchez owned and operated a gas station as well as a car wash in Poteet, but farming is what he loved to do.

Sanchez not only grew strawberries. He would grow tomatoes and squash, too. He would take them to vegetable shows in San Antonio, always enjoying competing with other farmers. “I was selling boxes of squash and tomatoes for $8- 10 dollars and my dad told me that that’s what he sold them for in the 70s,” said Leonard Jr. His father then added, “How are you going to make money selling them for that?”

His son said that you do it because it is something you like to do. “Were not going to get rich,” said Sanchez.

Another son, Robert Sanchez, was Reserve Grand Champion winner the same year his father won Grand Champion in 1978.He remembers that his father only had a third grade education. He said that his grandfather would allow his father to go to school as soon as he picked 125 pints of strawberries. Sometimes he would make it to school by lunchtime.

His daughter, Yolanda Salinas, has made lots of desserts and jelly over the years. She and her brothers plus their 10 kids all help pick strawberries during the festival.

The family still sets up at the Poteet Dairy Queen parking lot each day from around noon to 3 p.m. 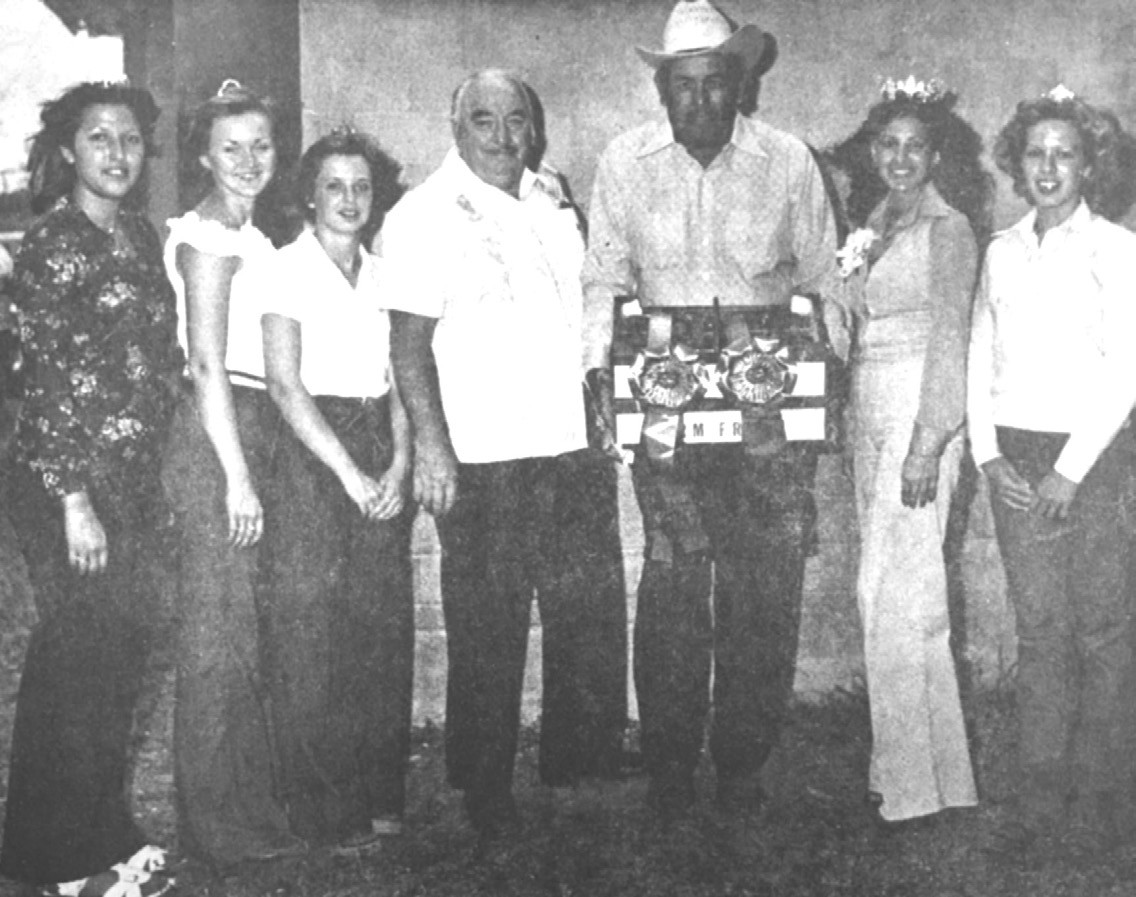