Lady Aggies shut out by Navarro 13-0 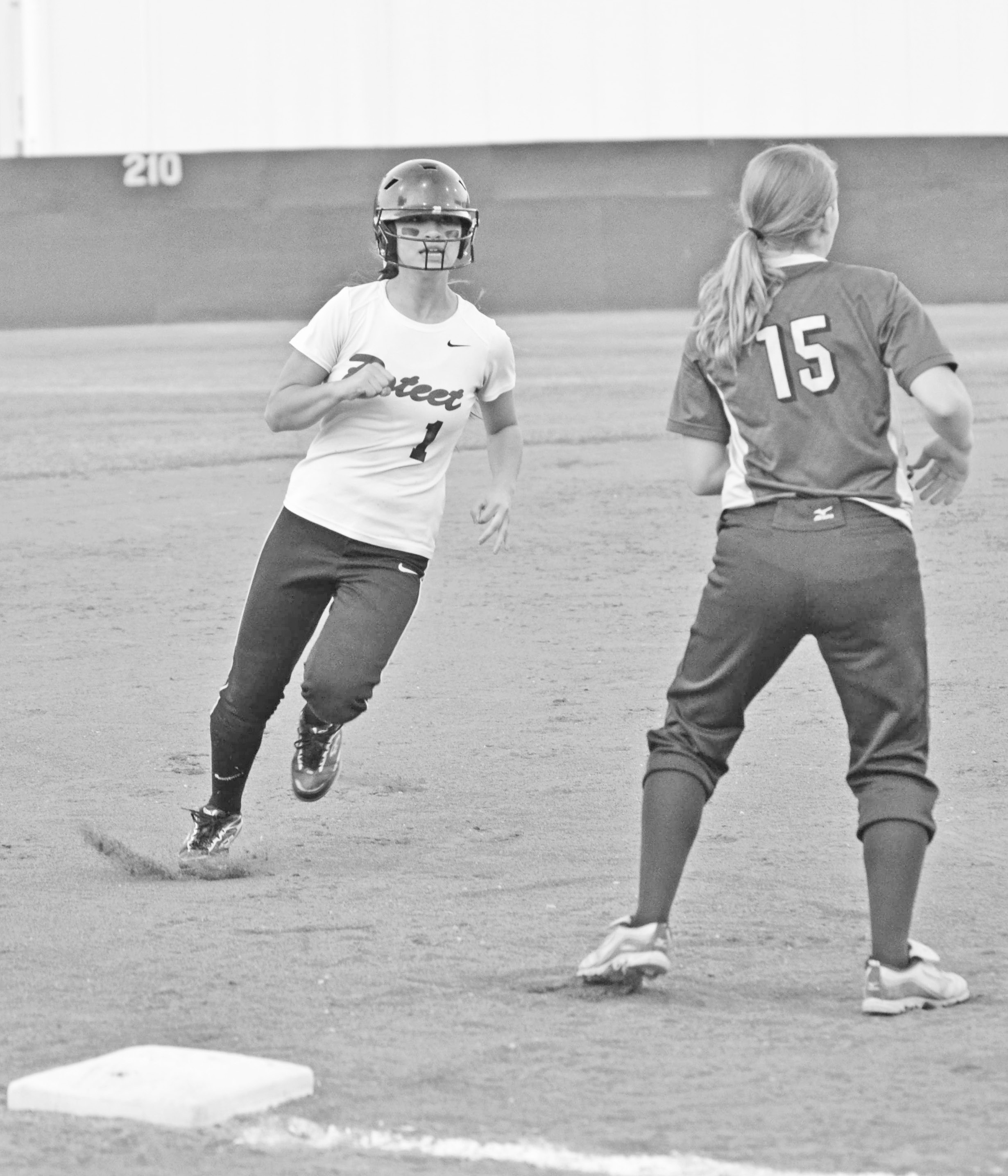 Poteet senior Lauren Zavala looks to round third base during a bi-district playoff loss to Navarro last week. The Lady Aggies were shut out 13-0 in San Antonio.

SAN ANTONIO-The Lady Aggies saw their season come to an end after a 13-0 loss to Navarro in the bi-district round of playoffs last week at The University of the Incarnate Word.

“For the first playoff game in Poteet in five years, I feel that the girls handled it very well and, aside from one inning, played very good,” Poteet head softball coach Heath Clawson said.

A series of errors doomed Poteet from the start of the playoff game.

“Four errors in one inning and another error that lead to four runs after it should have been the third out was too much to overcome,” Clawson said.

“Navarro capitalized on our errors along with a couple of walks, so hats off to them for doing a great job of making us pay for our mistakes.”

The Lady Aggies struggled to comeback throughout the duration of the game, but the Lady Panthers were maintained their dominance until the end.

“Obviously, Navarro won their district, so they are a very good team,” Clawson said.

“Their pitcher throws very hard, so getting a lot of hits is difficult. Our hits were too spread out to score, but we did compete very well at the plate.”

Clawson praised Navarro for its phenomenal skill and noted that he was glad to have been able to compete in a playoff game.

“The playoff experience is huge and none of our kids have ever been exposed to the playoffs,” Clawson said.

“I was extremely proud of them to fight until the end against a very good team.”