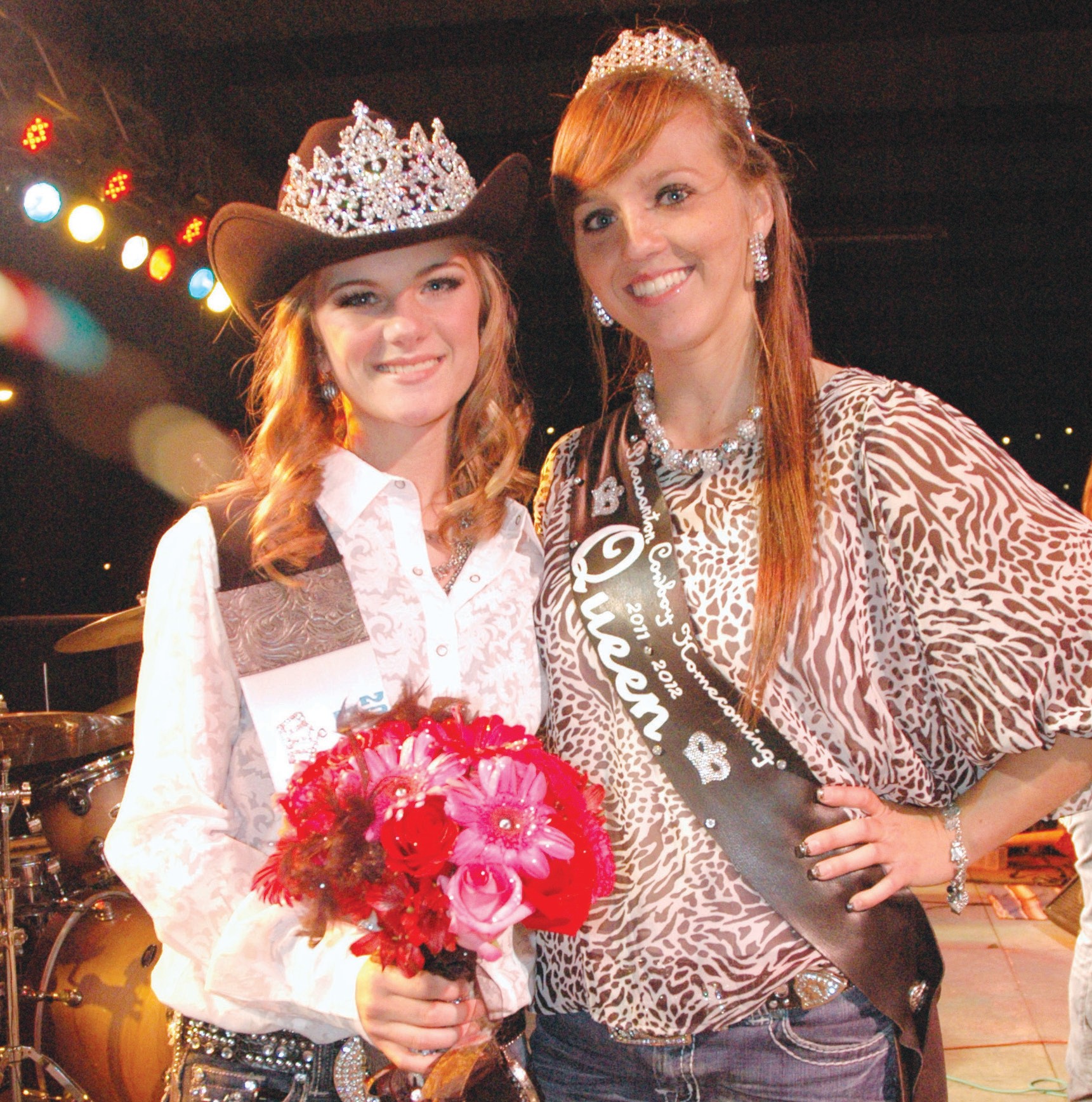 Even with a soggy Friday night, the change to a fall weekend proved to be a good choice for Cowboy Homecoming.

While the final numbers aren’t in just yet, festival planners and most attendees are agreeing the change of date was for the better.

Tressy Merrill, co-chair for the event said “I think this will be one of the best Cowboy Homecomings ever. The rain hurt us a little because the carnival had to close. But the cook-off grew this year and both dances as well. I believe every event made a profit even if it was small. Plus, our sponsorships were amazing this year!”

Kianne Rowinsky was crowned the 47th Cowboy Homecoming Queen at the coronation held Friday, October 26. She is the daughter of Brenda and Roger Rowinsky, and the granddaughter of Tillie Gulley, the late Calvin Gulley, and the late Frank and Darlene Rowinsky. Earlier at the First National Bank and Security State Bank Cowboy Breakfast, she and her court – Jessica Herschap, Emalee Rice, Lexie Roane, Danielle Santos, and Kyle Yapp, Chamber Duchess, helped serve breakfast tacos to those that braved the cool temperature.

After the coronation, Mark Sebby took the stage with his band. Headliner Stoney Larue then closed down the evening’s entertainment with a longer than planned show. Earlier that day, when Larue’s tour bus arrived, he and his bassist, Jesse Fritz, joined in with some carnival guys for a couple of hours of shooting hoops at the festival grounds.

Earlier in the evening, the Cook’s Choice barbecue judging was held.

The Cowboy Gallop and Fun Walk was definitely on the cool side with temps hovering the high 40s during the prep time. There were no complaints from the participants. The overall male winner was Louis Flores of Poteet. He finished with a time of 17:55. And for the fourth time, third in a row, Bianca Paredes was the overall female winner. Her race time was 20:49. Complete results and photos are in the sports section.

The parade, the first one to see people on and off the floats bundled for warmth, will go down as one of the coolest Cowboy Homecoming parades ever.

The Texas Hold ‘em Tournament grand prize winner was Raymond Coffey. He won a trip for two to Las Vegas. Please see page xx for the other winners.

There were great arts and crafts, a fun carnival and lots of children enjoying the playground area.

The Chicken Roping area got a little exciting when one of the fowls escaped to the arts and crafts area.

The Rotary’s Cow Patty Bingo winner, Dennis Hilla, was glad he hung around. He was $1,000 richer after “Big Red” plopped on the square he bought.

The Saturday night’s entertainment of LC Rocks and Randy Rogers Band drew one of the biggest crowds, nearly 3,000. Speaking with Pleasanton Interim Chief of Police John Eric Rutherford, he noted “it was a relatively quiet weekend. No arrests were made.” When asked if he thought it helped because of the cooler weather, he replied “it certainly didn’t hurt.”

“I though it went very, very well. The crowds were happy, Saturday’s show was awesome. The barebecue cook-off area was great. We had more teams than we expected. And, we were glad that a better carnival was able to come, too,” said Chico Cox, Pleasanton Chamber of Commerce President. “We’re ready to start planning for next year,” he added.