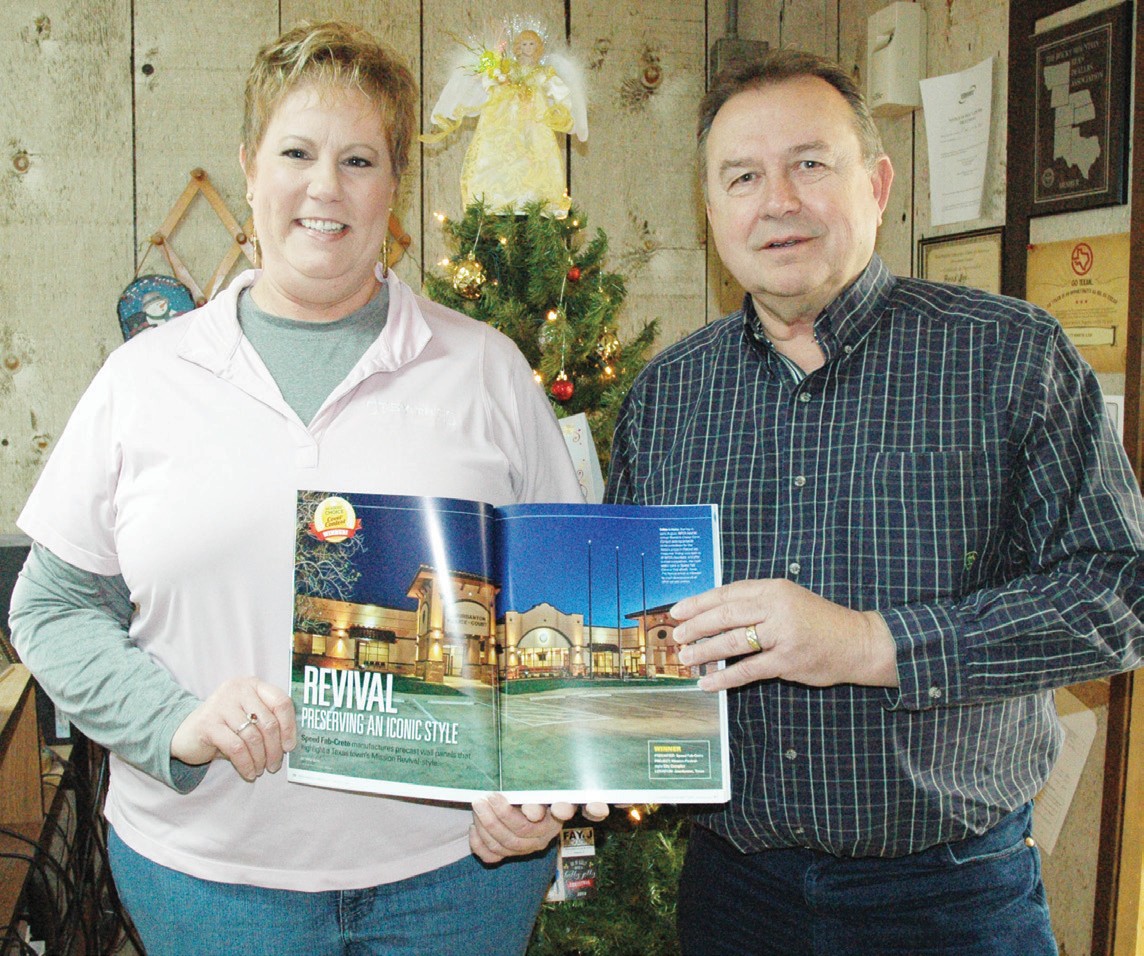 When designing the new municipal building for the City of Jourdanton, the Mission Revival architecture style of the Atascosa County Courthouse was kept in mind on the plans of the prefabricated concrete structure.

That decision helped Speed Fab-Crete of Fort Worth win the National Precast Concrete Association’s Reader’s Choice Cover Contest in the Precast, Inc. magazine. Speed Fab-Crete and Callahan & Freeman Architects worked closely on this project as well as over 300 other endeavors.¬

City Manager Dan Nick was surprised about the award. “I didn’t know that we were nominated. Then to see our building on the magazine cover was very exciting,” he said.

NPCA had 15 entries with the finalists from New York to California and voting was open to all members of the association. 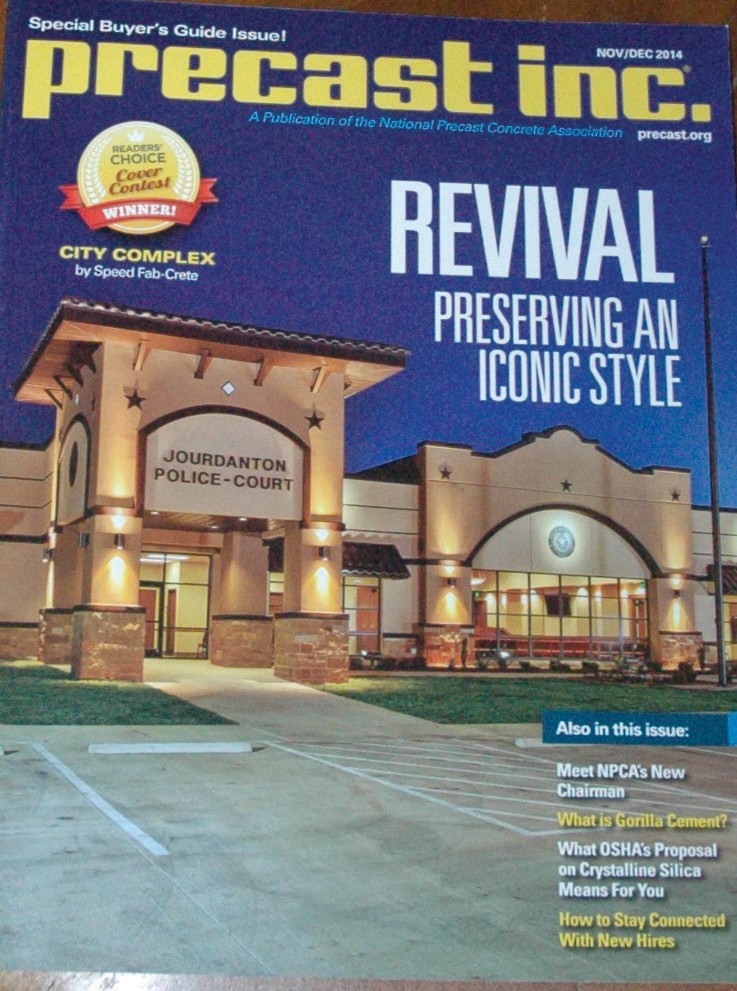