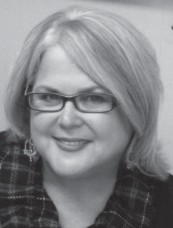 Wanted to share an email received by Coach Brashear after a Cross Country meet in Hondo a few weeks ago. JISD is very proud of all of our students for always going the extra degree….CPH 212!!

I have a son who is in 8th grade and participates in the Cross Country program here in Hondo ISD. While I was proud to watch my son race this past weekend at the Hondo Invitational, equally enjoyed witnessing an act of sportsmanship between your two schools. As you know, the 8th grade girls and boys both raced at the same time. My son finished around the middle of the pack and I hung around for what I thought was the completion of the race several minutes later to cheer on some of his teammates. However, what I soon came to realize was the race was not over as there was still one runner left on the course several minutes off the pace. At about a half mile out, it actually appeared that there were four runners doing their best to keep moving forward. As the group turned the final corner, I could tell it was three girls from Jourdanton (red) and one girl from Pleasanton (green). Then it hit me when the girls were about 200 yards from the finish line…the three girls from Jourdanton were not in the race (they had either already completed the race or were possibly part of the JV race earlier). In fact, one of the girls from Jourdanton was only in her socks, which I can only imagine were covered in sticker burrs (my shoes were). For the next 100 yards, the girls from Jourdanton, kept encouraging the runner from Pleasanton…they kept saying. “Come on Gabby, you can do it! Keep pushing, you are almost there!” At the 100-yard mark, the three girls from Jourdanton, slowed and walked off to the side of the course and watched as Gabby used up her last bit of energy and crossed the finish line.

I was not alone in witnessing this sportsmanship. There were parents, siblings, coaches and athletes from several school districts watching and applauding this act of selflessness. It is nice to know in these days when mostly the unsportsmanlike conduct is publicized or made viral through social media that there are still athletes who have values and are willing to publicly model the way. I finally figured out with CPH stands for after racking my brain at the football game a few weeks ago. These girls certainly showed Class, Pride and Heart to our small rural communities.

The way I see it, in the wake of the the football players at John Jay taking out a referee and the Needville softball catcher knocking a player to the ground – thankfully those actions are exceptions to most high school sports.

Where no athletes are perfect, it is a breath of fresh air to see these students supporting other athletes.