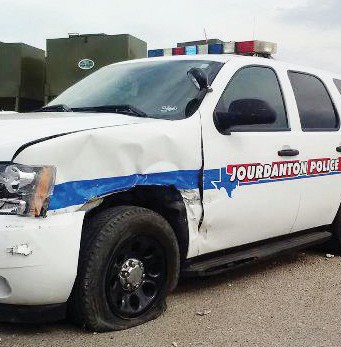 Jourdanton Police Officer Willie Galloway is at home with minor injuries after an accident that occurred on Friday, November 23 on Hwy. 97.

Jourdanton Police Officer Wilie Galloway was involved in a two-car accident on Friday, November 23 while attempting to stop a speeding vehicle.

The Jourdanton Police unit was struck by a vehicle that was pulling onto Highway 97 and did not yield the right of way to traffic on the highway.

The Texas Department of Public Safety is the investigating agency in this accident.

Officer Galloway has been released from the hospital and is recovering at home with minor injuries.