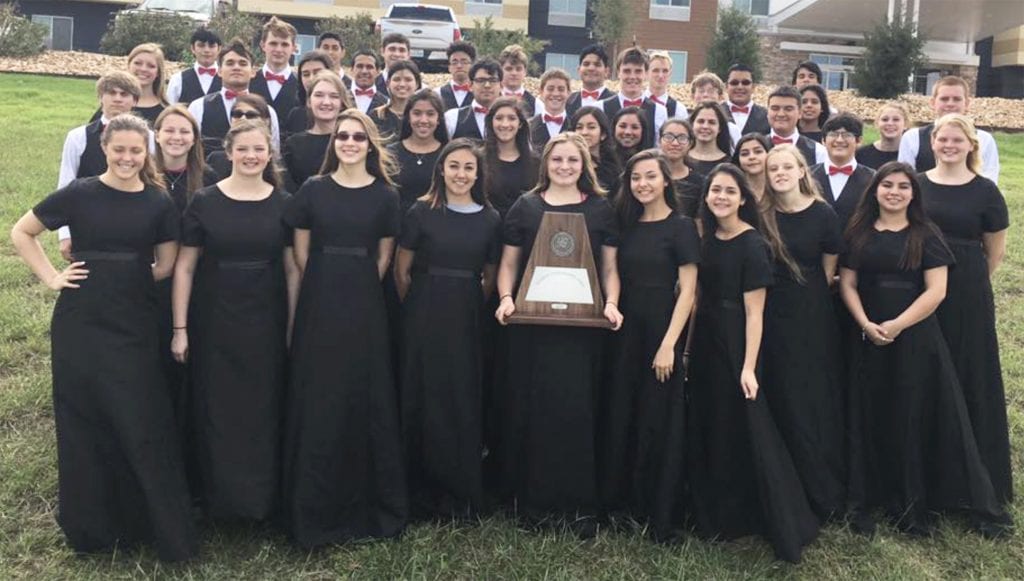 The Texas Music Educators Association (TMEA) has named the Jourdanton Wind Symphony the 3A Honor Band at the annual Texas Bandmaster’s Association convention in San Antonio on July 20.

Honor Band is the highest award a concert band can receive in the state of Texas and is equivalent to winning a state championship in athletics. Bands enter at the region level by submitting a recording of a three selection concert program that was made at a public performance. Those bands who advance from region move on to the area judging and those who advance from area are judged at the state level. The purpose of honor band is two-fold. Many educators believe that through the process of hearing and observing the results of quality teaching, directors can develop their own instructional skills to a higher level. In addition, selection of an honor band in each classification recognizes communities and school systems that successfully support music in education through their instrumental music programs.

There are 221 3A schools in the state, and 15 bands representing five regions were part of the state level judging. 2017 marks the first time since 1982 that a band from South Texas earned this honor and Jourdanton is the first from Atascosa County. The Indian Band’s program included “Radio Waves March” by F. Jewell, “Lux Aurumque” by E. Whitaker and “Tocatta and Fugue in D minor” by JS Bach. The band will perform a featured concert at the TMEA convention in San Antonio in February. The directors of the Indian Band are Babatunde Onibudo, principal conductor assisted by Nathan Flynt, Daniel Sharp, and Michelle Alanis. Jourdanton High School principal is Keith Chapman. Jourdanton ISD Superintendent is Theresa McAllister.