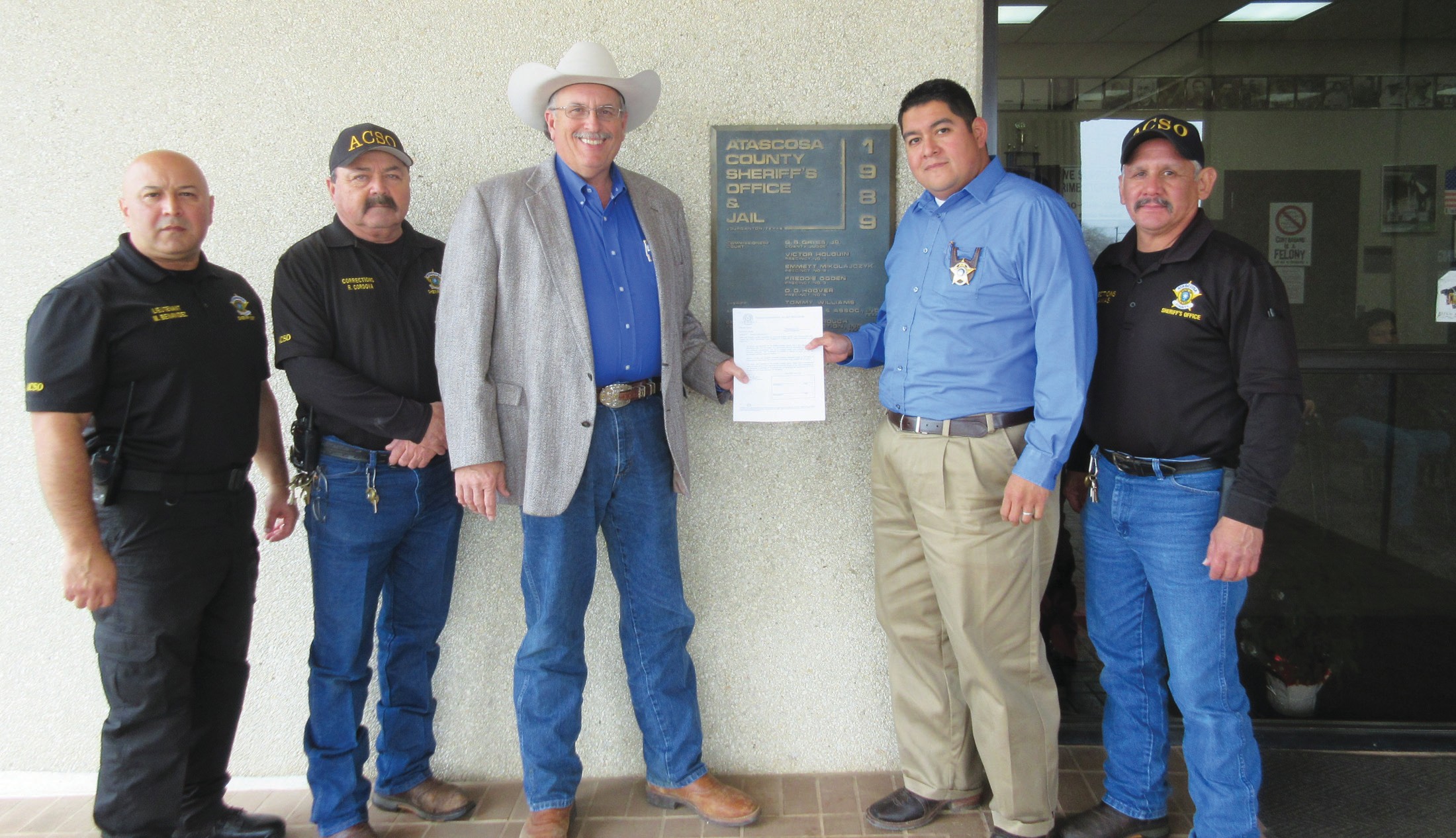 Last week the Atascosa County Jail received their annual inspection from the Texas Commission on Jail Standards. Texas law requires periodic inspections of county jail facilities under Chapter 351 and Chapter 511 of the Government Code and Chapter 297.8 of the Texas Commission on Jail Standards. This year’s inspection by the state inspector was a surprise without any prior notice from the commission. Sheriff David Soward was pleased to report that the Atascosa County Jail passed inspection for the 35th consecutive year. Sheriff Soward explained that the inspection is a rigorous review of paperwork as well as a “fine tooth” visual inspection by the state inspector. “The inspection takes around 8 hours and 3 or more of my jail staff are involved accompanying the inspector,” Sheriff Soward stated. “Captain Martin Gonzales, the Jail Administrator and his staff do an outstanding job keeping the jail in compliance with state regulations.” The sheriff said that each year since he’s been in office, he has requested funds to replace aging electronic and mechanical equipment in the jail and commissioner’s court has always granted his request. He explained that the main portion of the jail is 32 years old built in 1982 and the remainder was built in 1989. “It’s like anything, you have to keep up with the maintenance to keep everything in working order,” Sheriff Soward stated. “Retired Sheriff Tommy Williams took pride in keeping the jail in tip top condition as well as passing the jail inspection every year. I intend to do the same thing.”