Information gathered on ‘branding’ the City of Pleasanton 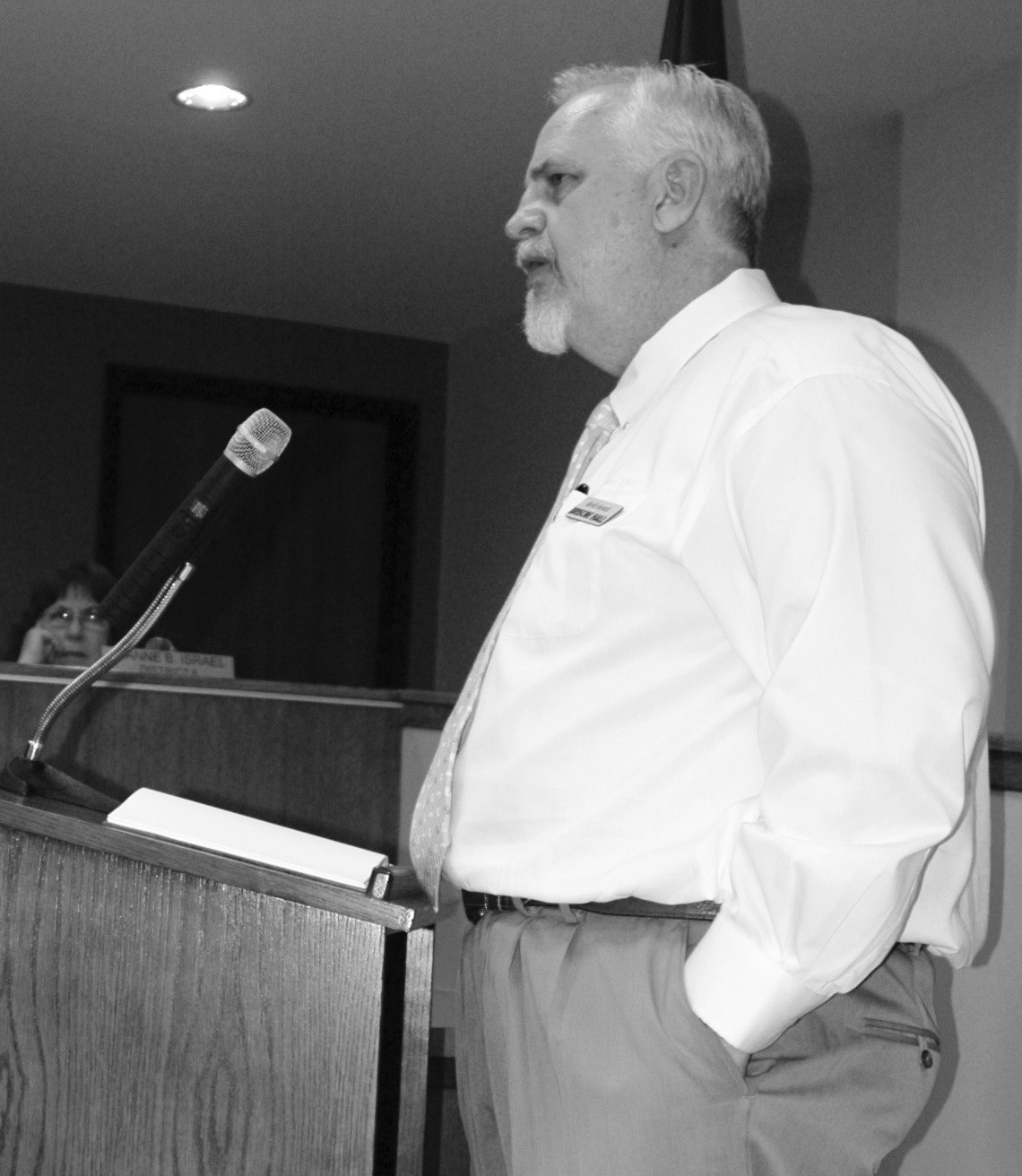 David Vinyard, CEO of Briscoe Hall Advertising, Branding, Interactive, Inc., explained the importance of branding at a workshop he led with the City of Pleasanton Council, staff and citizens last Thursday, August 29.

Most people realize in the cattle industry that a brand denotes ownership of livestock. The City of Pleasanton is looking to create a brand that will give ownership to everyone.

What exactly is branding? It is how groups, businesses, entities want others to perceive them.

David Vinyard, CEO of Briscoe-Hall, encouraged the Pleasanton City Council, staff and the citizens of Pleasanton to participate in the workshop discussing the branding of the City of Pleasanton.

“Branding is an invisible quality,” Vinyard explained. “If you build a good brand for the city of Pleasanton, it is not yours. It belongs to the constituencies that we would seek to recognize Pleasanton.

“A good brand is a good brand because it resides in the brains of your customers,” he continued.

Groups that are targeted during branding are typically visitors (tourists, transients and immigrants). These are people who could locate to Pleasanton. Businesses are another group to locate in the area. When asked what attributes Pleasanton has, the following were mentioned:

oak trees
•Family friendly community •Multi-generation families
•Because it is so not like
Houston, Austin, Dallas….
Un-urban
• Medical facilities
•Location is convenient to
San Antonio, the coast
• IH-37
• Hunting
• Weather

Invest in infrastructure and expansion

Citizens talked about the amenities that are already in place. A 4-screen movie theatre, live theatre, performing arts center, 18-hole golf course, were just a few of the facilities that were mentioned that most rural communities do not have.

Doug Best, citizen in the audience, noted that “everything here, is only 5 minutes away. We have a lot of amenities for being a small town… we really enjoy the old-time neighborhood family style.”

Vinyard asked what would Pleasanton be after the Eagle Ford Shale discovery is 25 years old? “Most of us won’t enjoy the fruits of the best things that we do. That’s the critical step. The willingness of this council to make decisions that probably won’t reward you or your children but your grandchildren, building a brand is a destination and a road map what we want to be when we grow up, but how we have to act to accomplish it,” said Vinyard.

City Manager Bruce Pearson shared what he heard at a panel discussion from an influential figure. “He commented on two points. First, South Central Texas has always been very rural and somewhat impoverished. We can doing nothing better as municipalities and county governments to invest in infrastructure and expand during this economic opportunity.

“The second point he commented on was that the school systems should invest in the type of technical programs to train young men and women who want it – to be a part of this Eagle Ford in the monitoring and reworking phase. That meant a lot to me to hear that, because that’s what has made Pleasanton what it is today in the Eagle Ford – is the investment and infrastructure.”

Best mentioned that this area would be in a great position for a high-level research laboratory bringing in some large universities blending in agriculture and technology into the Eagle Ford.

Vinyard was quick to point out that the passage of the school bond election is very important then. “You cannot get lab researchers and professors to move to this community if their children are not going to be raised in the best that’s available. Bruce knows that I’m a big advocate in investing in the education infrastructure,” said Vinyard.

The ability to collect taxes right now is as high as it has ever been, according to Pearson. For the first time in many years the City is at 100 percent in Ad Valorem collection. Sales Tax is still seeing growth, the property tax base is expanding as well. The population has increased around 20-22 percent. The appraised values have increased 8.2-8.3 percent. The rate has remained flat now, as far as the actual cents per hundred dollars for valuation for three years.

A place for friendly people

Mayor Clint Powell brought up that while Pleasanton is a place for friendly people, and have a deep caring for fellow citizens, there is some fracturing of groups of people who are working for the same thing but for some reason, butt heads to get to the end result. Vinyard commented “You aren’t talking about Texans are, you?” as the crowd chuckled.

Councilman J.R. Gallegos agreed that people are “aiming for the same goals and may have different opinions – very strong opinions – and at the end result is probably what we all wanted.”

Pearson said, “I hear it from the citizens quite frequently, and the staff recognizes it – that this council is making decisions that are best for the whole community, not a few.”

Jeanne Israel also said that the town is faith based. There is a multitude of denominations and religions that are covered. “In politics, the thing that has been very helpful is that we are moving towards business. That business is to take care of our town and community,” she said.

Pearson brought up an idea to cater to Winter Texans by opening an RV park – perhaps in the pecan orchard near the river.

Best mentioned adding fountains to the river to help add appeal and to keep the vegetation away.

Vinyard will bring back a plan to the council in the near future.