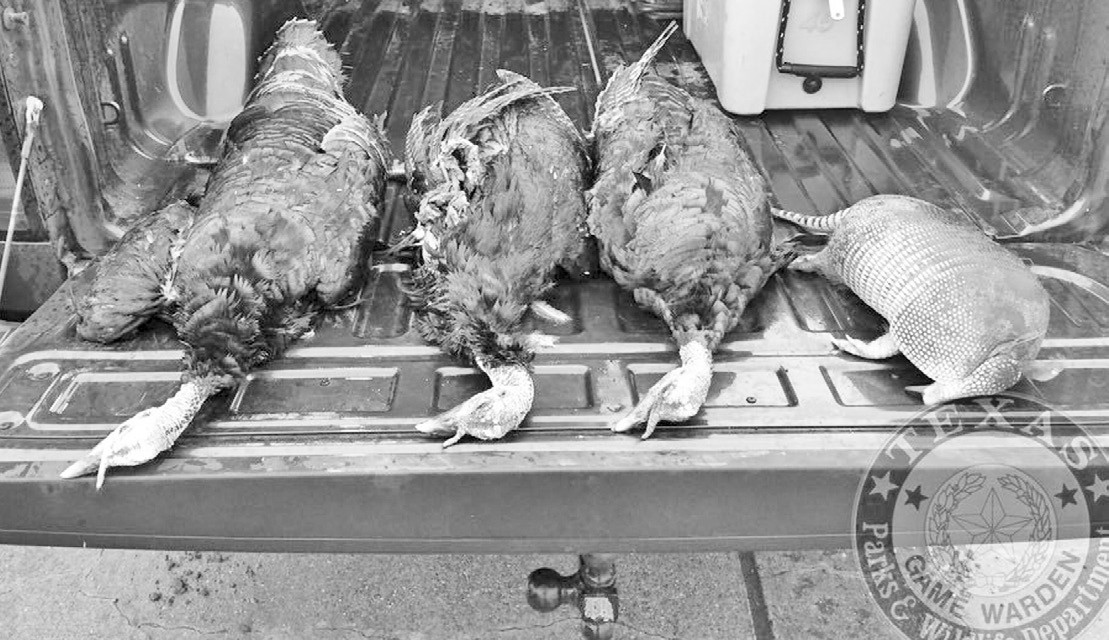 Atascosa County Game Warden Derek Iden arrived on scene near Hwy. 16 and CR 173 December 12, to a call for illegal hunting. Iden found three turkeys and one armadillo, along with four undocumented people who were remanded to U.S. Customs and Border Patrol. There was a 12-yearold boy from Houston with the group and rifles in the vehicle. Charges are pending.