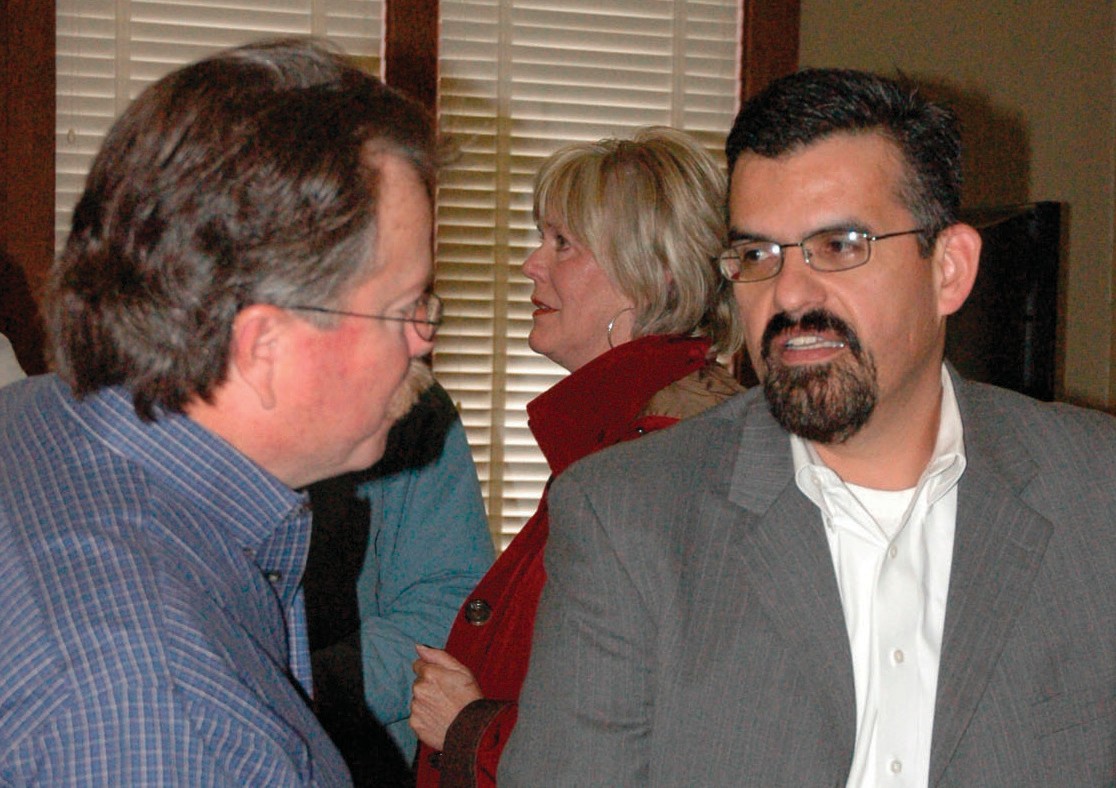 The McMullen County Courtroom was at capacity with unhappy residents during a POST Plan public meeting held and noon this past Tuesday.

In an effort to fix the ailing budget of the United States Postal Service, many rural offices are seeing realigned hours or closures.

Post Office Manager Daniel Reyes was in town to share the results of the surveys that were returned. Reyes is from the San Antonio District Office where he is in charge of the Rio Grande District that includes South Texas to El Paso.

Out of the 480 surveys that were distributed to each postal customer, only 115 were returned. And while the four choices offered were not agreeable to most customers, the most popular choice, 96 percent, was to keep the office opened with realigned hours. The hours would decrease from 8 hours to 6 hours per day, Monday through Friday. Saturday hours were not affected. The other choices were to conduct a discontinuance study and 2) provide mailbox delivery, 3) find a suitable alternative location operated by a contractor usually at a local business or 4) provide P.O. Box service via another nearby Post Office and relocate P.O. Box delivery to that Post Office. The nearest post offices would be Calliham (12.5 miles away) or Fowlerton (18.2 miles away).

Max Quintanilla, resident and businessman asked “Why are y’all doing this?” Reyes responded that the USPS is losing $25 million dollars per day. Quintanilla countered with the suggestion to start at the top – with the administration – and trim the budget with the higher paid salaries. Reyes said that 160,000 positions have been eliminated since 2006. He also reminded the group that the USPS is no longer subsidized by the government. For over 30 years, while they are required to follow the rules and regulations mandated by law, they have been operating as a business.

Many of the residents are perplexed for the change, especially due to the growing population and oil activity in the area.

“If they would increase the price of stamps to 64 cents they wouldn’t have to do this. Why didn’t they ask the people if they would be willing to do that? They didn’t ask us,” said resident Karen Wheeler.

The Tilden Post Office is the only one in the county and many customers are afraid of the reduced hours impacting their ability to get or send their mail.

“Our Post Office is much more than a place to get our mail. It is a meeting place where we gather and see each other,” said Max Quintanilla.

The suggested six hours of operation on the survey may be 9 a.m.-noon and 1-4 p.m. They may be adjusted accordingly. The hours will go into effect in about a month, Reyes said. He also added that the review will be recalculated each year.