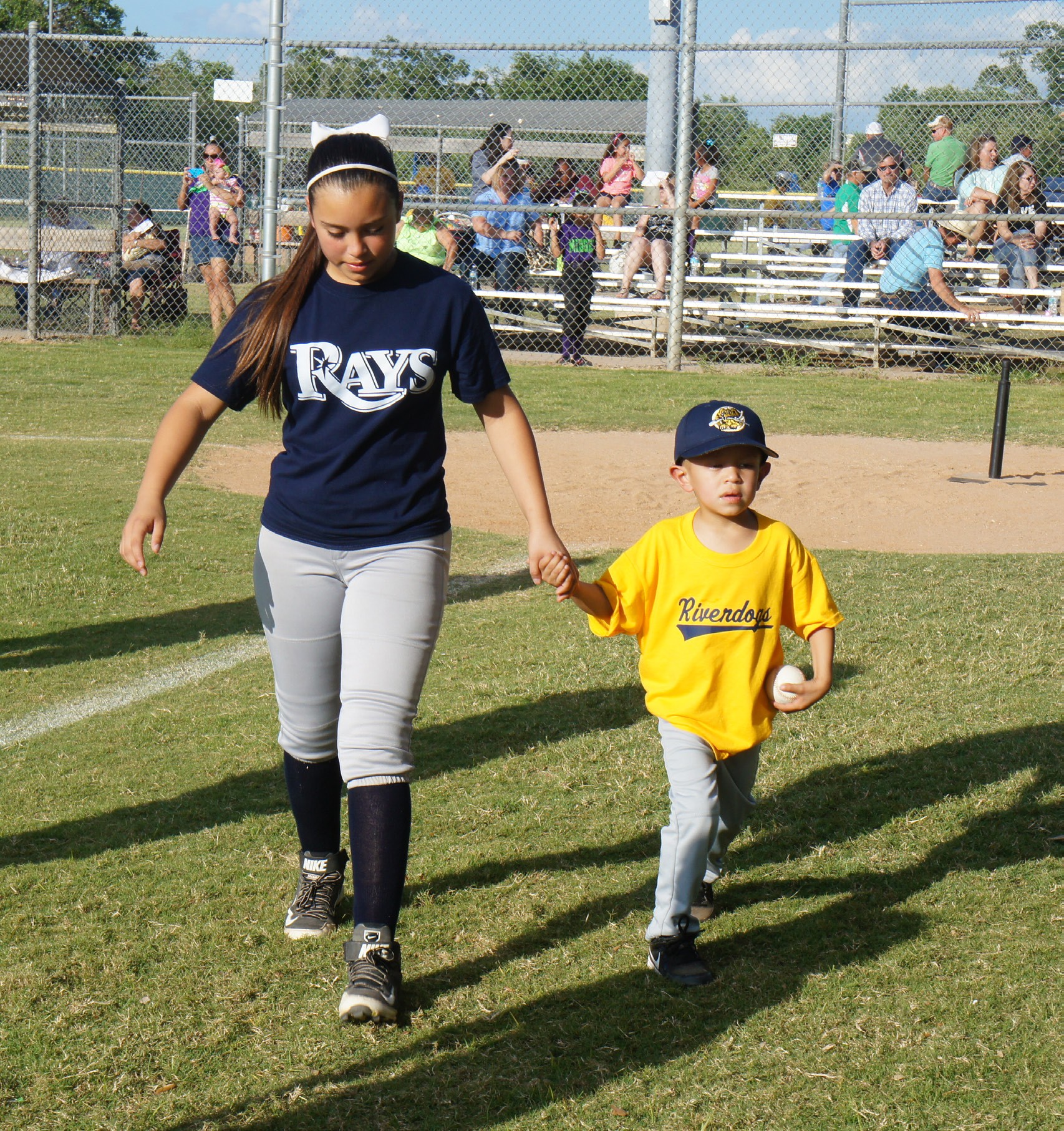 Jessie James Sandoval finishes racing around the bases with his sister, Leanna Alcorta, by his side. The 5-yearold has embroyonal rhabdomyosarcoma and had a wish to play T-ball.

The crowd cheered, “Go, Jessie, go!” as 5-year-old Jessie James Sandoval struck the ball, then circled the bases at the Pleasanton Sports Complex. His older sister, Leanna Alcorta, ran alongside him.

The June 4 game between the Riverdogs and Rivercats at the Pleasanton City Park was more than a typical Little League match. It was a chance for Jessie, the son of Janice Sandoval, to fulfill his wish of playing t-ball.

In late February, the youngster was diagnosed with embryonal rhabdomyosarcoma. Although considered a rare childhood cancer, it is the same type that the late Hunter Galloway also had.

Jessie recently asked his doctor if he could play ball- a wish that stemmed from watching his older sister play. The doctor advised him that he needed to first check his blood counts.

“I went to the district and got approval from them. Then I asked the two t-ball teams,” said Gonzales.

They were eager to be a part of the game- Rivercats vs. the Riverdogs.

“His request is a first time thing for us. It is an honor to have Jessie playing for the Pleasanton Little League,” added Gonzales.

The support from everyone has touched the family.

“John Olle, the coach of the Riverdogs donated Jessie’s pants and all his gear. It means a lot for us. It is hard to talk about,” said Jessie’s grandmother, Olivia Treviño.

Prior to the game, Olle told his team, “Remember, Jessie is going to be joining us today. I want everyone to welcome him.”

It was difficult for Jessie when he first arrived at the game, since he had not been around others in a long time. He eventually warmed up to the crowd and hit the ball twice.

Leticia Gonzales and the family also wanted to thank umpire Anthony Garcia, the rest of the Riverdogs team management Zach Pawelek and Cass Ringelstein, along with the Rivercats team manager Jimmy Zuniga and coaches Gilbert Bazan and Ricky Clark.

“We also want to thank the whole Pleasanton Little League Board for decorating, pulling it off and deciding to donate 100 percent of that day’s concession stand proceeds,” added Gonzales.

At the end of the game, Jessie led his teammates as they gave high-fives and congratulated members of the opposing team. Then, they celebrated with frozen yogurt and pizza.

“He is a normal child, but he has cancer. To us, there is nothing wrong with him,” said his grandmother, Olivia. “He has chemo once a week. His counts are low. He is a little fighter.”

Olivia and Janice shared how even Jessie’s birth was difficult.

“He is our miracle baby. We didn’t think he was going to make it,” said Olivia.

“Jessie James has been a champ since he was born,” said Janice. “I had a uterine rupture when I had him in Jourdation and was transferred to Children’s Methodist Hospital, non-responsive. He was put in ICU for two weeks and they thought he was going to be a vegetable, but he ended up pulling through. That is until four years later, February of this year when the cancer showed up. It is going on four months now. He is fighting and we will win this fight!”

His cancer was discovered earlier this year while Jessie was a student at Pleasanton Primary School. After complaining that his stomach was bothering him, Jessie was taken to urgent care and the ER. He had a CT scan in Jourdanton and was then transferred to San Antonio for emergency surgery, for a mass the size of a small orange on top of his bladder. While most of the cancer was removed, it did rupture. They are awaiting results to hear how advanced it is.

“We are lucky to have him. I have noticed all the good people out there who have helped. She is a single mom and had to quit both jobs because Jessie and getting him better first need to be first priority,” said Olivia.

She later added, “I have to prepare myself for whatever comes. We tell him he has to get better. We have to be there for him. With all these people helping, we know we are not alone.”

On May 3, Jessie celebrated his 5th birthday with a big, Ninja Turtlesthemed party. Many turned out at the River Park in Pleasanton.

“It turned out to be very nice. We had food, bounce castles and prayer,” said Olivia.

She talked about all that Jessie has gone through.

“Sometimes he cries that his bones hurt or he is embarrassed to take off his cap… but we are not alone through this. You just have to have faith.”

Santa Rosa Children’s Hospital has donated tickets to the family to go to Disney World in December.

She also shared a Bible verse, “Do not be afraid. I am with you. I am your God- let nothing terrify you. I will protect you and save you,” Isaiah 41:10.

Jessie is scheduled to go in this week for several chemo meds and will have to be admitted Friday morning. He will have a procedure requiring sedation, to see where he stands and make sure the chemo and radiation are doing their job.

“Again, God bless you all and thank y’all for all the prayers and support!” 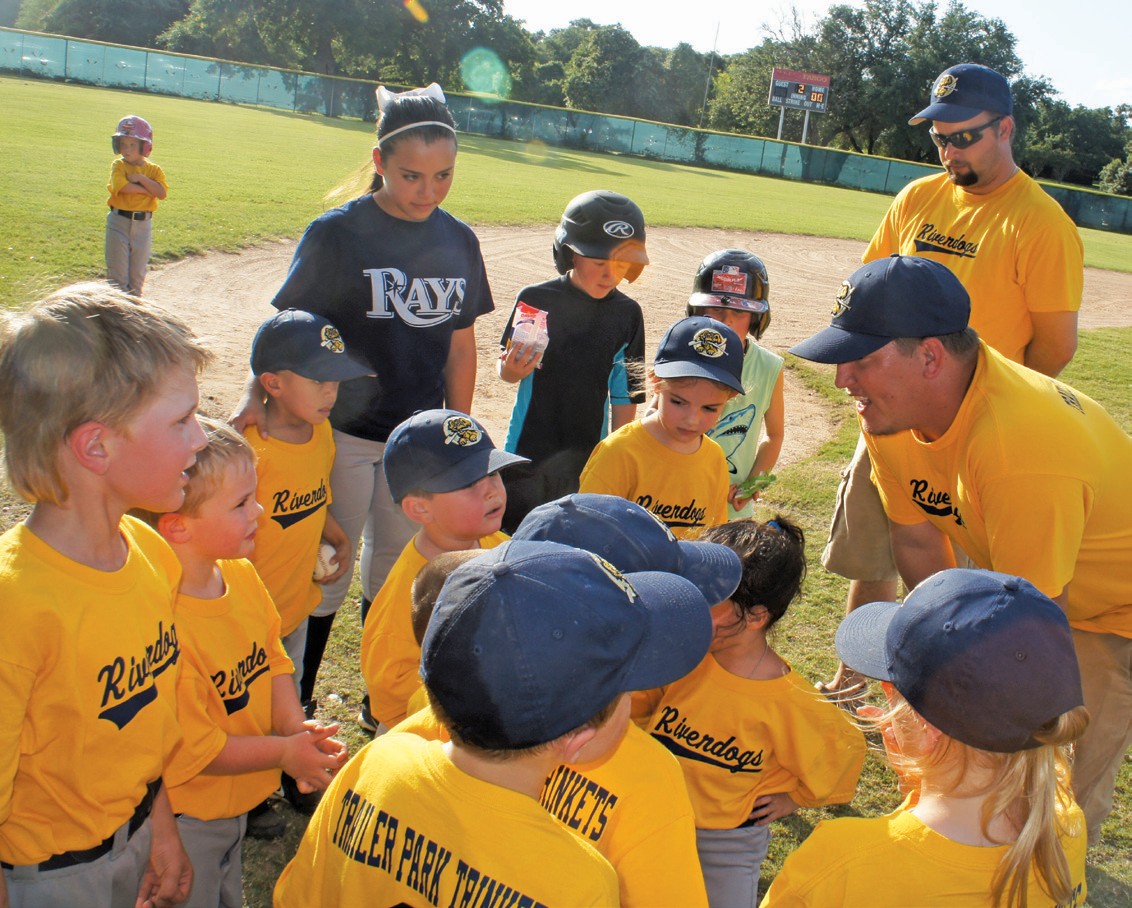 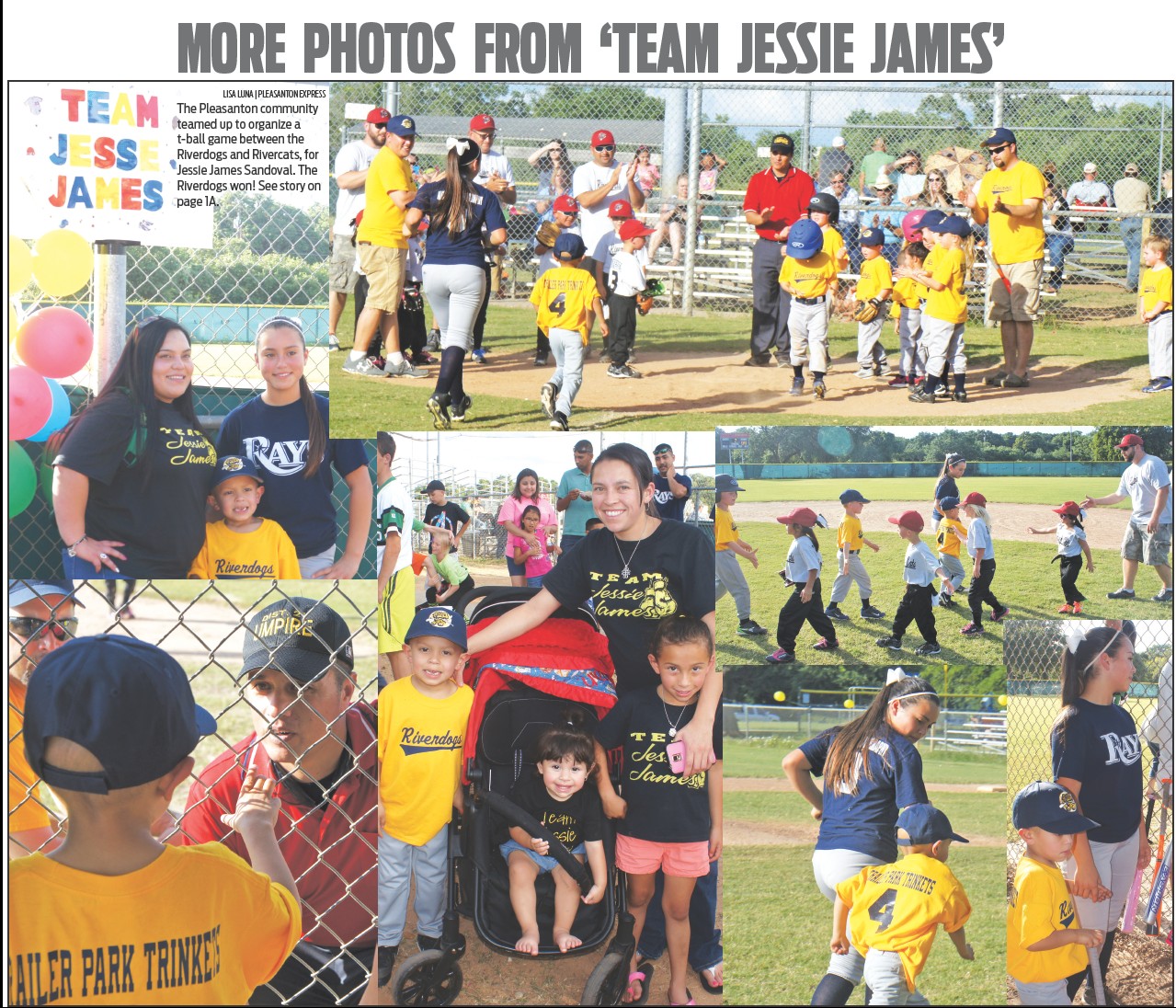