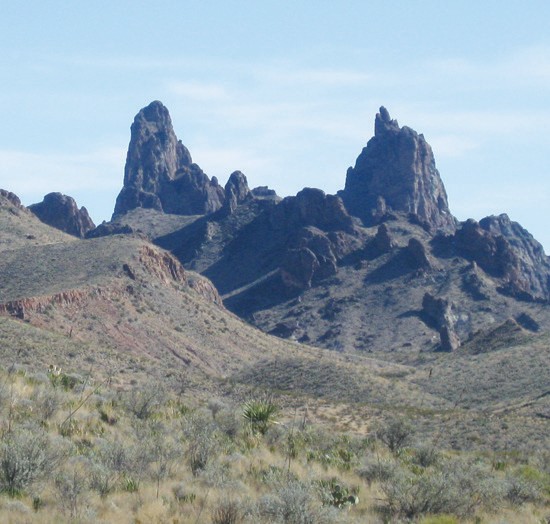 “He would furnish most of the meat that was taken out there to eat,” said Gary Soward, referring to Norman Porter, Sr., on trips to Big Bend country in West Texas. “There was deer meat, steaks and whatever. Since we’d make the trip right after Christmas, there was always a lot of ham left over from that time, so Norman would make about 25 or 30 sandwiches for our trip out there.

“On the way out to Big Bend country we’d stop in Sanderson. It would be about noonish when we got there. We always left about seven in the morning.

“We’d pull into the City Park there in Sanderson where they’d have picnic tables. After Norman treated us to those ham sandwiches, we’d continue on our way.

“When we first got out there in Big Bend, everybody had their jobs to do. We’d set up our tents and set up the area where we were going to cook, tables and all of that.”

“Norman, Sr. did all the cooking,” said Soward. “My first year I was out there they gave me a certain job I had to do since I was a rookie. Norman would be sitting over the camp stove there and it would be like 30 degrees or so outside and the heat from the stove and the cold weather would make his nose run. My job was to have a paper towel to wipe his nose so it wouldn’t drip off.”

“Nobody told him how to cook it! If you didn’t like the way he cooked it, you wouldn’t eat. He was really a good cook.”

“When we had back strap, we’d take it out there and he’d fry it up and I had always put catsup on mine. When I asked about the catsup I thought they were going to ‘run me off’.”

“We don’t put catsup on the meat,” said Norman, Sr. “He had this white gravy he made for that,” said Soward.

“We’d sit around the fire. We’re not supposed to have a fire on the ground in the national park so we had a big round Weber barbecue pit, just the bowl of it, and we’d set it on the ground. We brought lots and lots of charcoal and put it in the barbecue pit and we’d have a little heat coming off of there. We’d tell stories – it was a blast.”

“Norman would get up first in the morning and start cooking. He cooked scrambled eggs, bacon, sausage and biscuits.

“It was amazing! I had the best time. He’d put the biscuits in the grease and turn them over. No body told Norman, Sr. when to take them out when everybody thought they were ready to go – that’s his job – that’s what he did. We left him alone.

When asked how long the trips lasted, Soward responded, “Usually about four nights. We’d leave for the Big Bend area the next day or two after Christmas.

“We’d do a lot of hiking and driving and if we saw some area we wanted to get a closer view of, we’d just stop and walk out there.

“While camping down there, there wasn’t any snow but one time we drove up into the basin and it would be snowing up there.” That was a lot higher up in the mountains.” 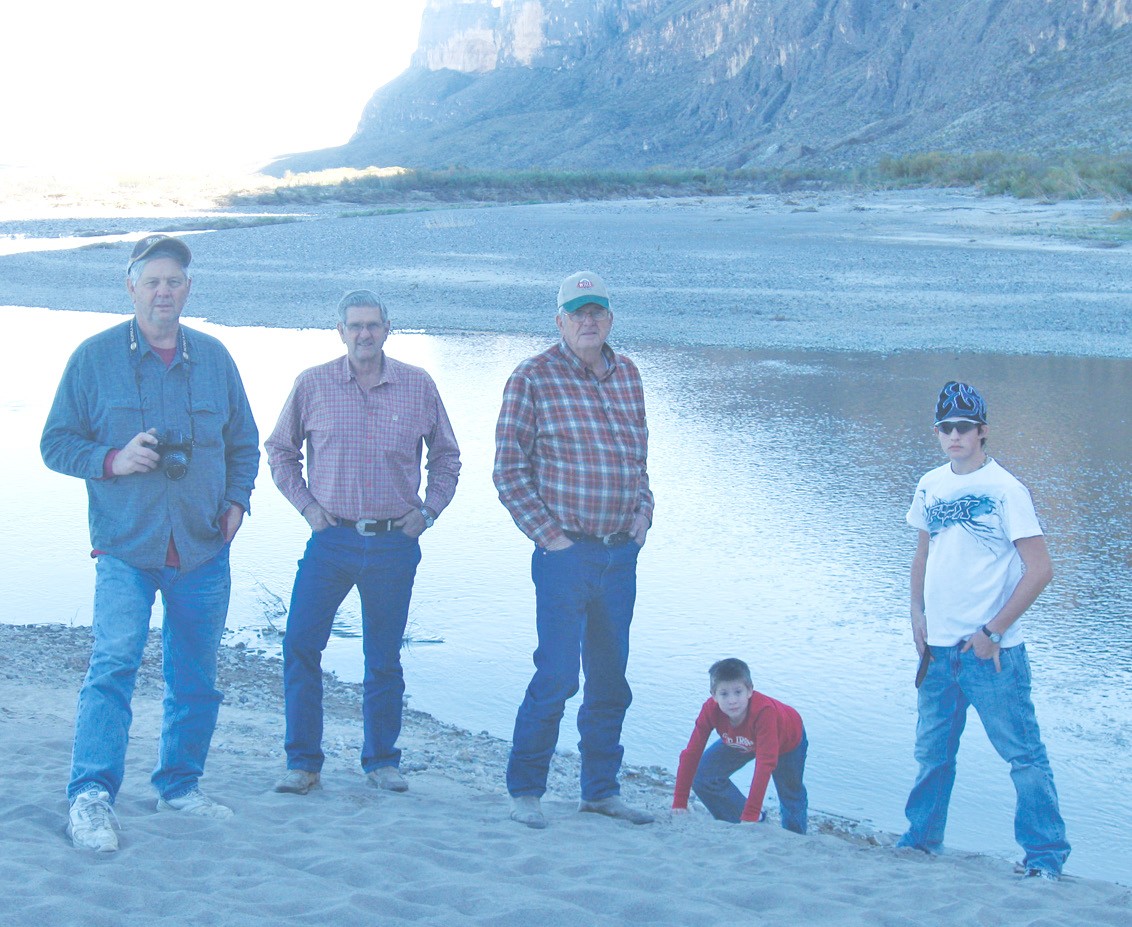 From left, Porter brothers, Morris, Lawrence and Richard with his grandsons, Kendall and Kyle. 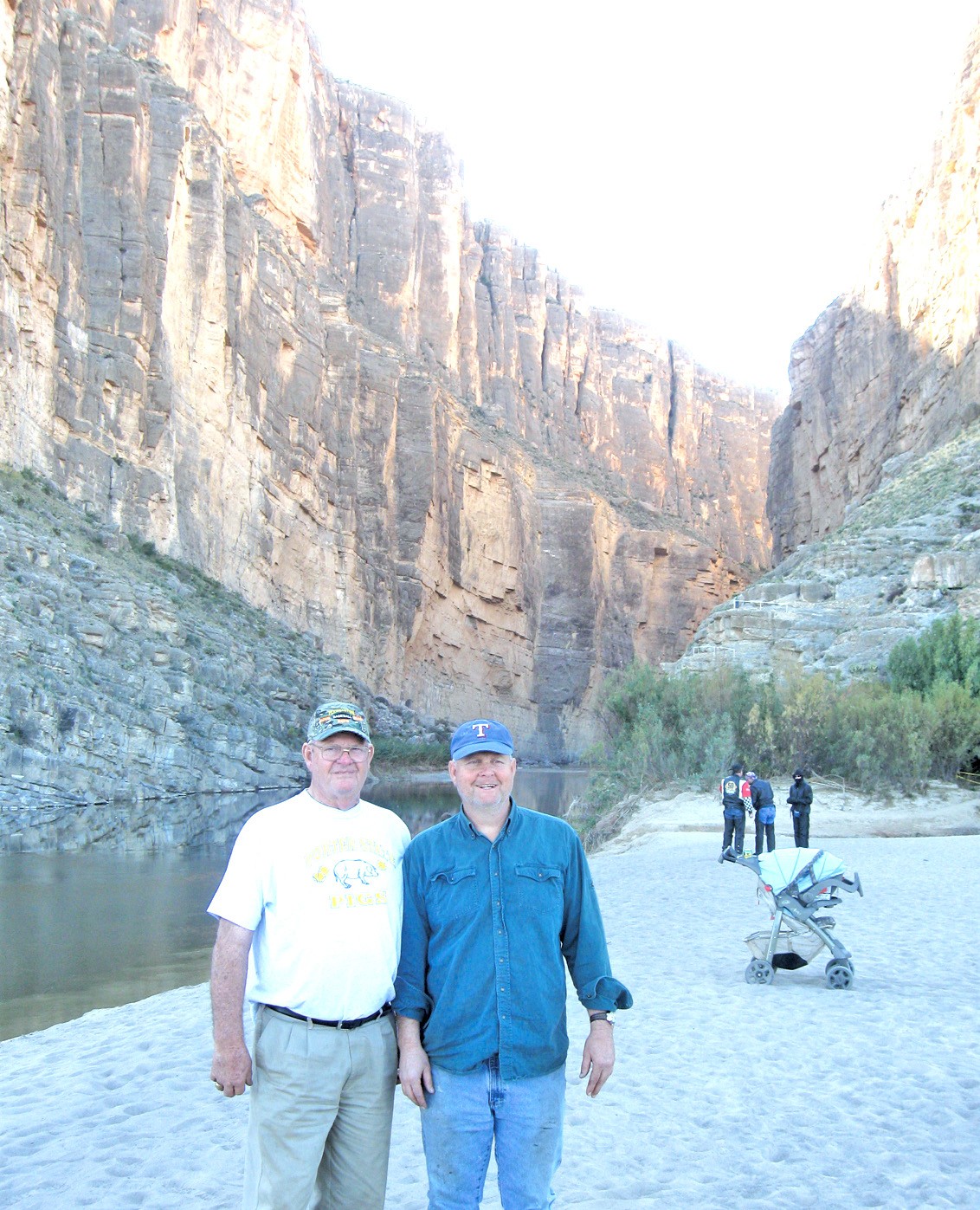 Dad and son, Norman, Sr. and Norman, Jr. in Santa Helena Canyon in the Big Bend. 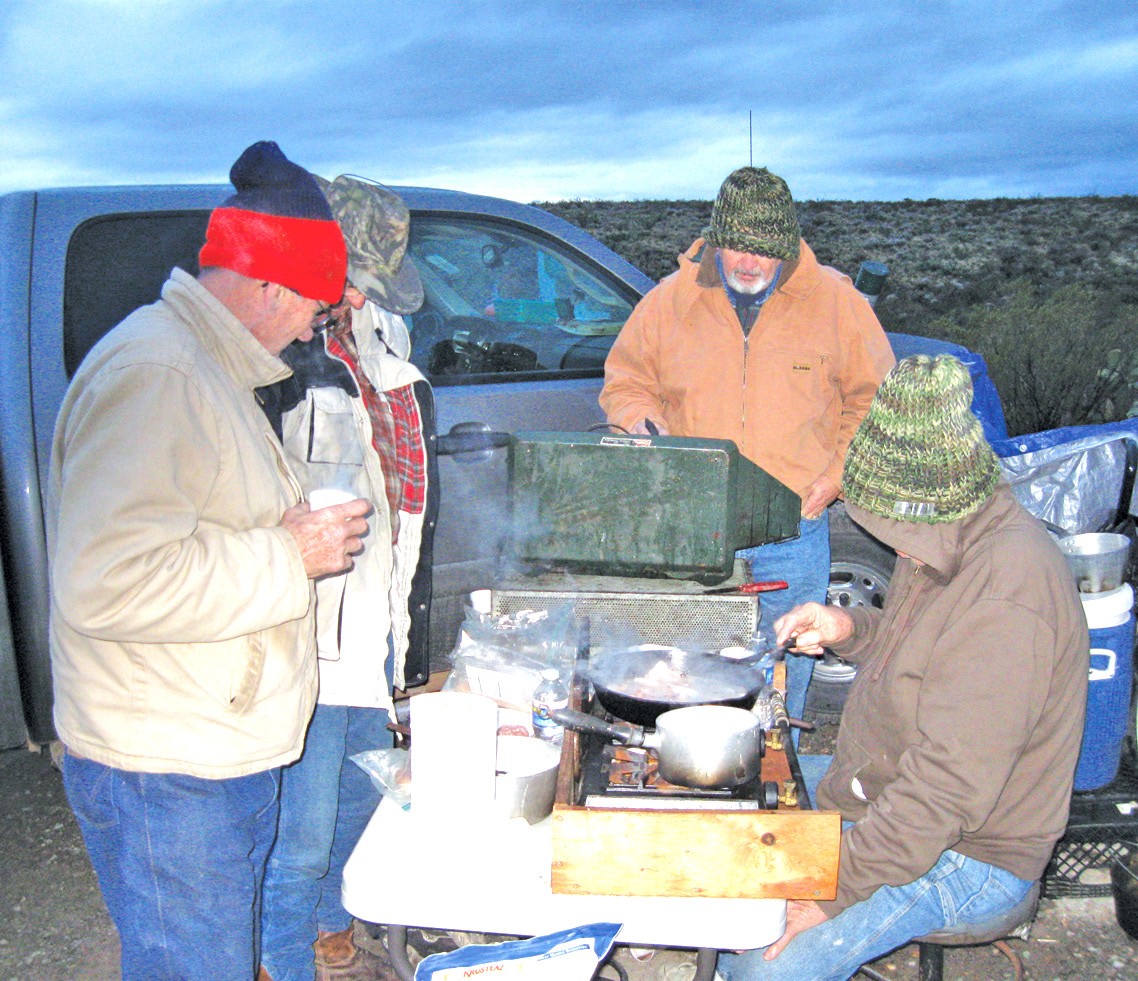 Norman Porter, Sr., seated at right, did all the cooking on Big Bend excursions. Standing, from left, are Lawrence, Richard and Morris Porter, Norman’s brothers. A fifth brother, W. E., passed on. 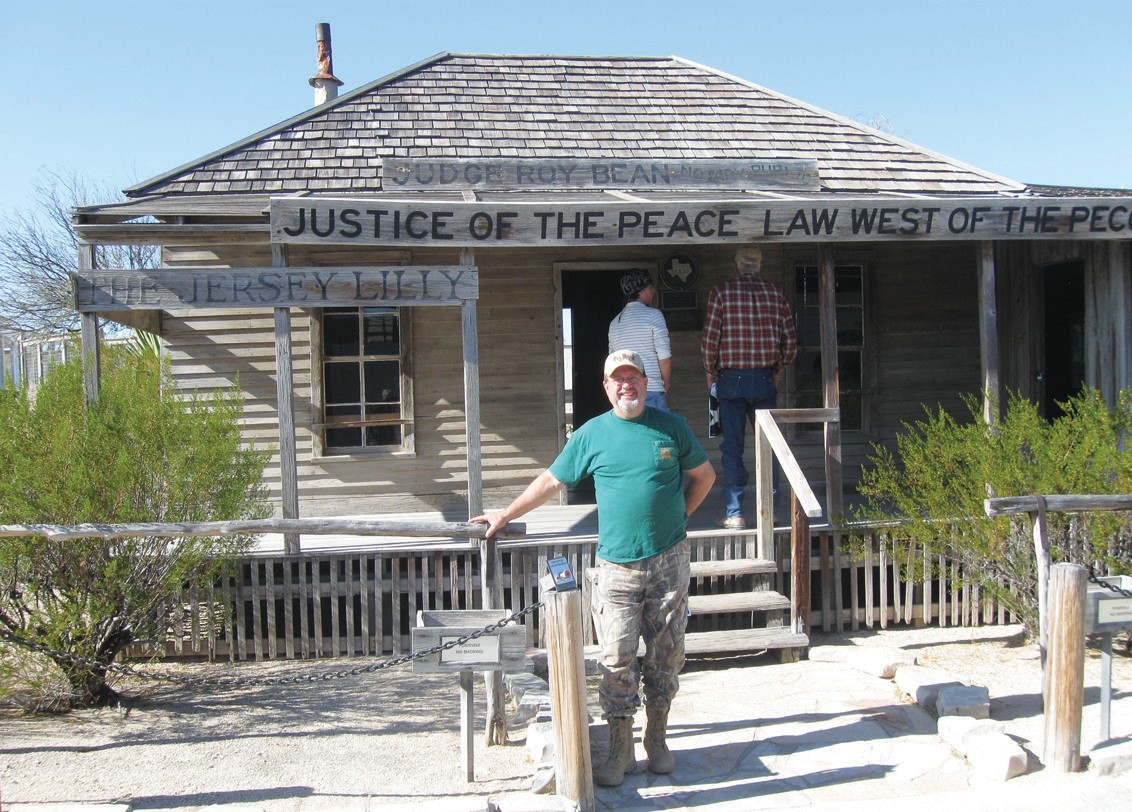 Gary Soward, at Judge Roy Bean’s Justice of the Peace, Law West of the Pecos building in Langtry, Texas, east of Big Bend. 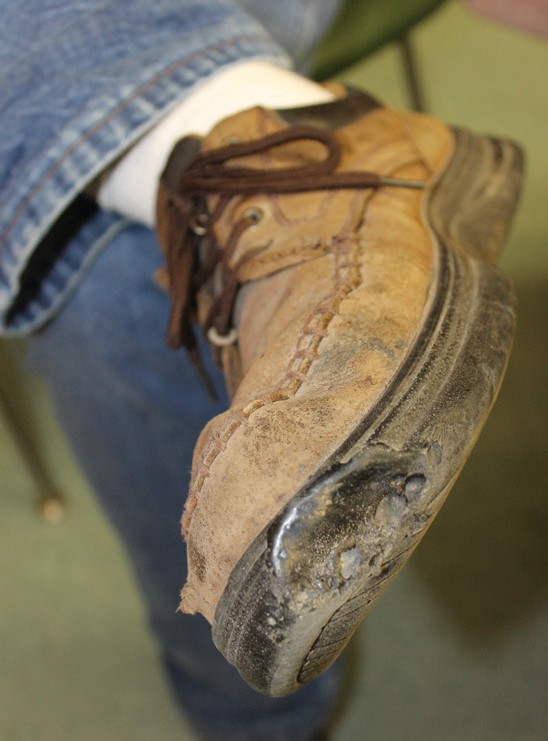 Gary Soward’s shoe, showing heat damage from trying to keep warm around Weber fire container. He didn’t know the damage happened until seeing it later after a trip to Big Bend.