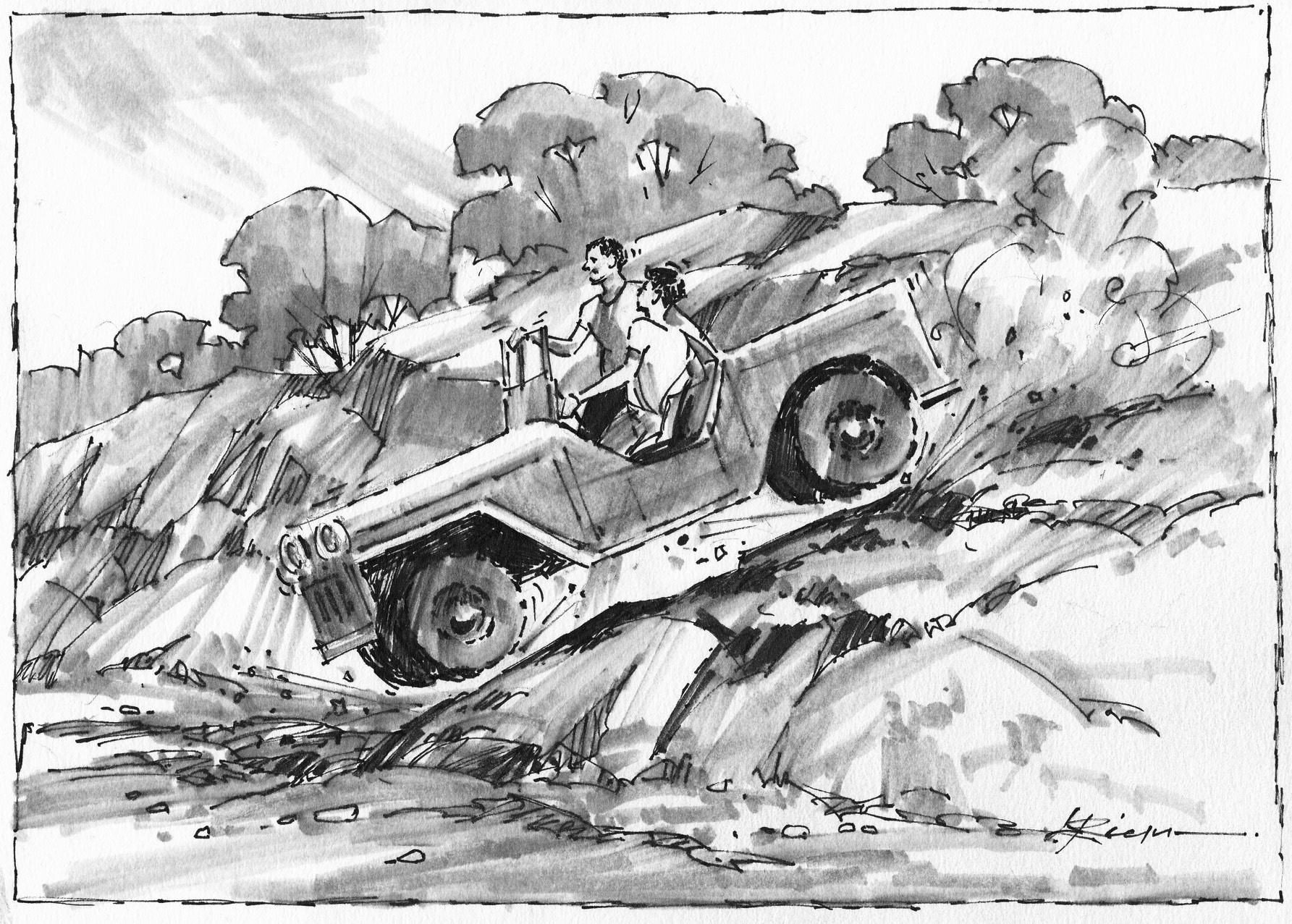 Caricature drawing by Lee Ricks, Jr., depicting an adventure with Jerome Brite in an Army jeep in Cockrell Canyon. This was on the old Breaker property now owned by Wayne Beyer.

“What I knew about the Cockrell family is that they were dairy farmers,” said Lee Ricks, Jr. “They produced milk and they delivered it in Pleasanton before daylight. Milk was in glass bottles with paper caps on them, the old fashioned kind.

“When I was a little boy, I remember them delivering to our front door about every other day.

“They had property out in the vicinity of the Cockrell Canyon near Crain Road and I always assumed that had something to do with the name being Cockrell Canyon.

“Only other recollection of Cockrell canyon was when I was a kid, maybe 12 to 14. I went out there a few times and it was kind of interesting because it was what’s literally a great place to go and have a real adventure.

“Once, in the late 40s, Jerome Brite and I went out to Cockrell Canyon in his old Army jeep with an open top and raced up and down the canyon walls… quite an adventure for two boys in their early teens.”

Lee Ricks, Jr. comes from a family deeply rooted in the history of Pleasanton and even the State of Texas, at large.

Lee is a noted artist and heralds from a family background deep in historical significance.

It was located at the same site of the present Methodist Church.

John W. Smith was the last courier to leave the Alamo to take a message to Sam Houston. The Alamo fell in 1836.

John W. later came back and he was the first mayor of San Antonio, eventually serving an additional term as mayor. Later, he served as a Texas Senator. He married Maria Jesusa Curbelo whose parents came from the Canary Islands and helped form government in San Antonio.

Norman Porter, Sr. had suggested to Lee, previously, that a Historical Marker should be placed at the grave site of John M. Smith, in the Pleasanton Cemetery.

While discussing Cockrell Canyon, Lee and I figured that there was a distinct possibility that Santa Anna or some of his scouts might have ventured through the area of Pleasanton and the Cockrell Canyon vicinity. That would have been on some of his maneuvers prior to the Battle of the Alamo.

Lee said, “You know where the police department is now. That house just east of it was the home I grew up in.

Lee is a fourth generation merchant. He ran the family store, Ricks Co., for 35 years.

He retired from the store over 20 years ago to enjoy a second career in art, becoming an award-winning watercolor painter. He is a past president and current treasurer of the Texas Watercolor Society – Website: www.LeeRicksArt.com.

“In my youth, I would walk around the block from Oaklawn to Goodwin which was sand about ankle deep. As a small child my mother and I would go walking around to that area of a ‘deep sand street’.

“Catching crawdads in the Bonita Creek at the end of the road, behind the present location of Retama South, was really cool!

“I remember, Jerome and I also, once, went swimming in the Atascosa River north of the bridge in February, in our youth, and when I came home, my mother was just horrified and I couldn’t see why. It wasn’t really that cold.

“I’ll tell you something else. I spent nights with Jerome Brite at his home, a block off Main St., venturing out about 4 a.m. to have ‘downtown’ all to ourselves – thought we were ‘living on the edge’. We owned the town!” 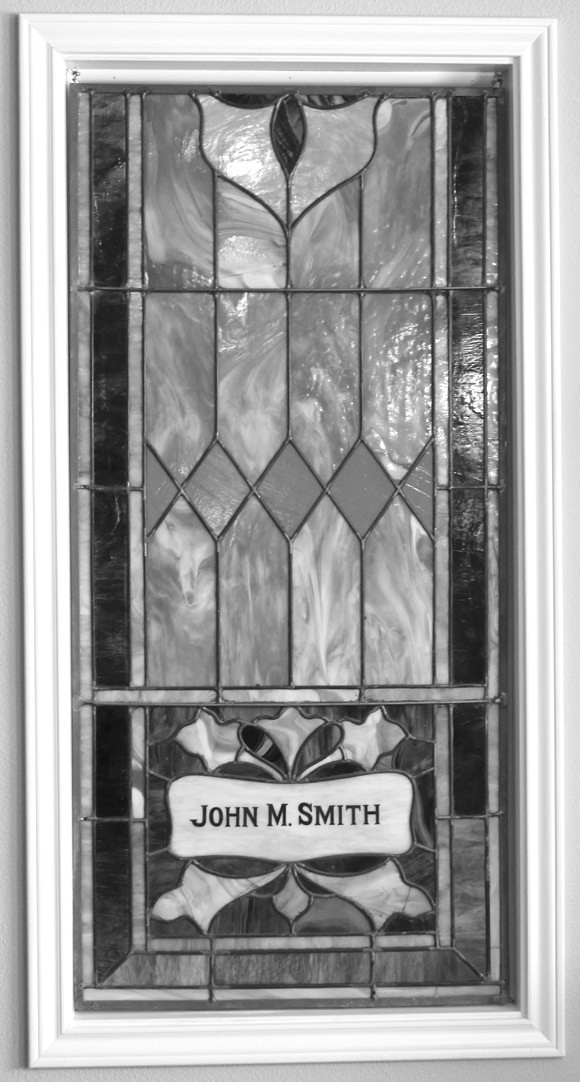 This stained glass window was placed in the old Methodist Church in Pleasanton, in the early 1900s, in honor of John M. Smith. 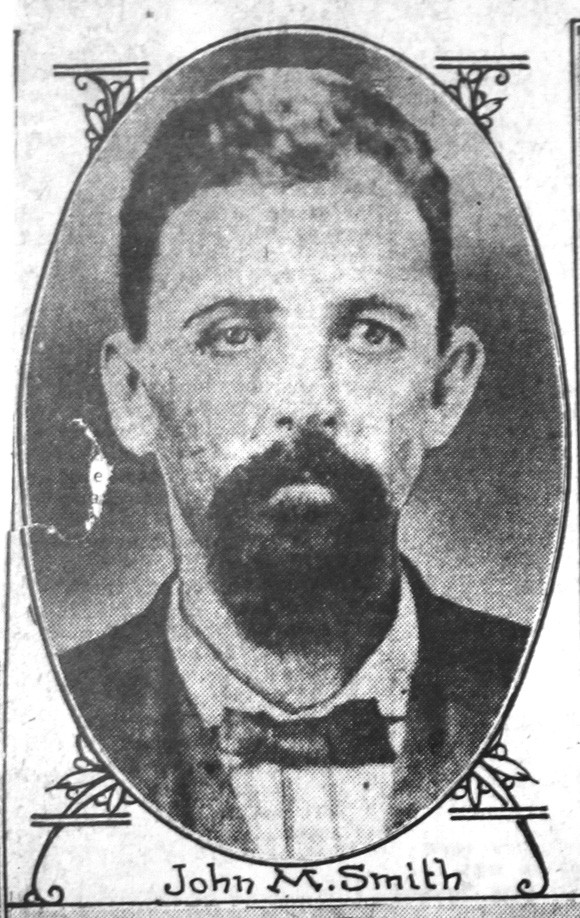 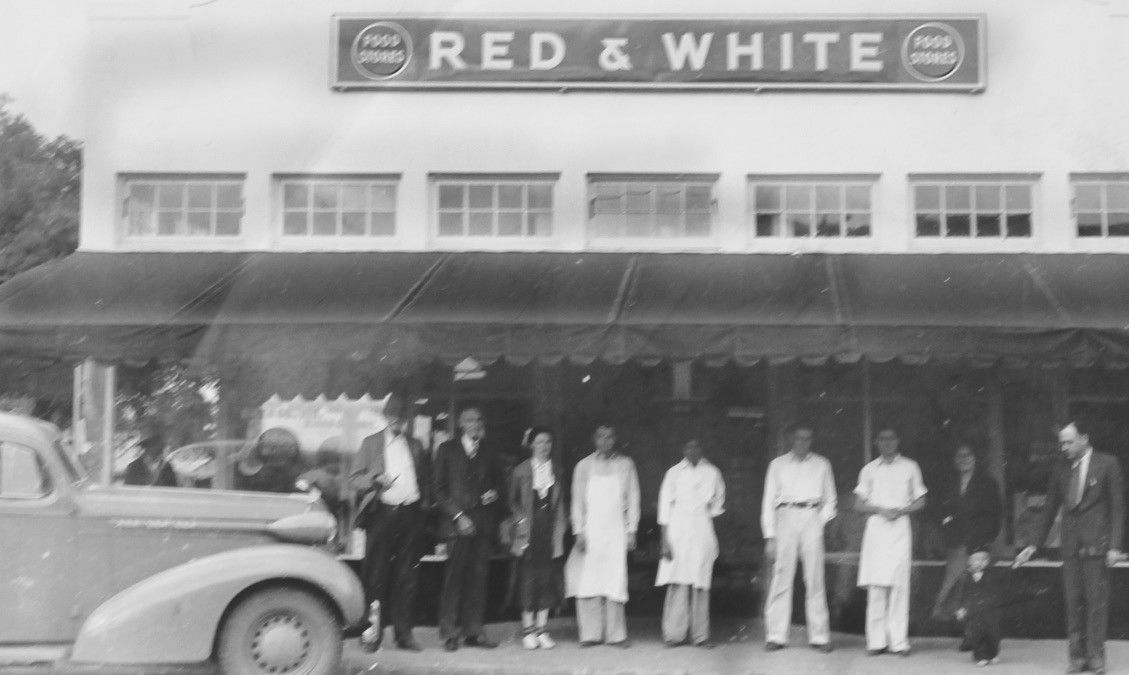 Photo of Ricks Red & White Store on Main St. in Pleasanton in 1937. At far right is Lee Ricks, Jr., about 2 years old with Lee Ricks, Sr. standing at the right. Others in the photo, from left, are Bob Lauderdale, F. B. Ricks, Maggie Wheeler, Charlie Vickers, Ben Rodriguez, Nook Brauchle, Margarito Rodriguez and Artie Jahn. 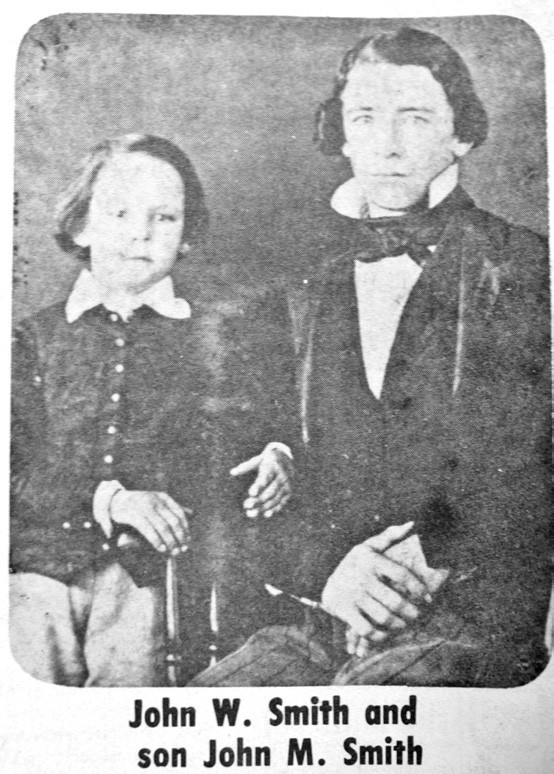 John M. Smith home in Pleasanton, near the corner of Smith and Hunt Streets, in the late 1800s.