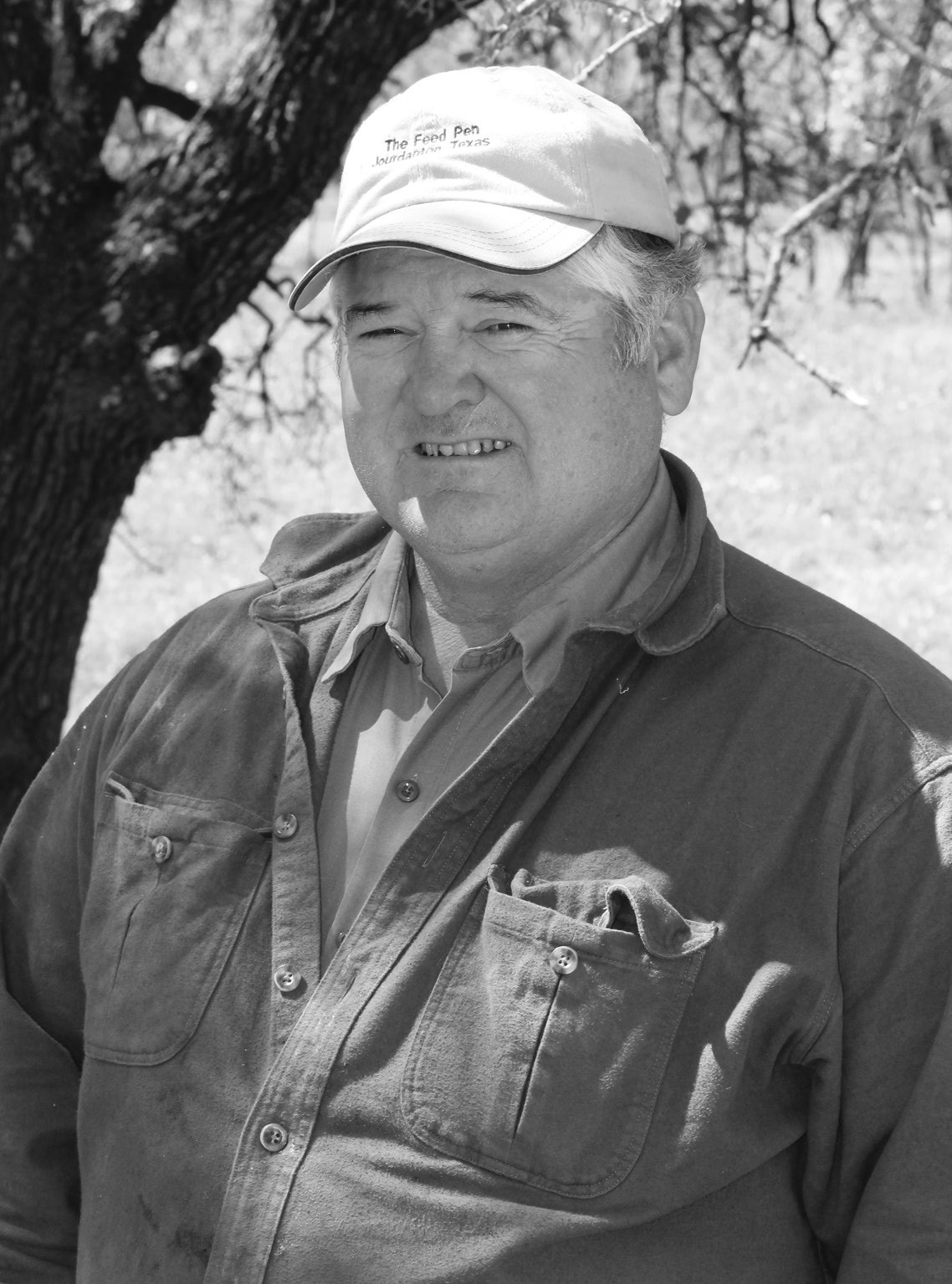 Randy Shearrer, owner of The Feed Pen in Jourdanton.

“I was running around out there around the Peel home (formerly Breaker home) and one of the Peel boys told me about a canyon nearby,” said Norman Porter, Sr., “and that’s how I knew about it, Cockrell Canyon, they called it.” (A quote from my interview with Norman on July 30, 2015, concerning his early years as a lad.)

Fast forward. “When we were all running around together and were in high school, probably 17 years old or so, and I could drive, I said, ‘hey, we’ve got to go down there to that canyon on the place your dad’s got (Cockrell Canyon). We need to go check it out,” said Randy Shearrer, relating to his experiences as a teenager.

This was while Randy was being adventurous with Jack Persyn and Jack’s twin brother, John (now deceased).

This was on the Breaker property that the twins’ dad, Larry Persyn had leased for 20 years, that was on both sides of Crain Road. The property is now owned by Wayne Beyer.

Randy said, “So we just go down there. And you’re going along and it looks like any other place. It turns into hard looking country where the grass is not really growing. It gets real rocky and sunny and all of a sudden you look and it just drops off. (This was in drought years).

“It seems like it was about a 15 or 20 foot drop. So, as we ventured through the canyon that looked like a ‘spaghetti western’ where as you’re walking in the bottom, there was somewhat of a trail.

“It was similar to a creek bottom but it was just a gully bottom that’s flat and sandy. And as you go through, it turns, it horseshoes and makes ‘essess’ in there. It was like a winding road. So to say, it seemed to be a thousand acres but turned out to be only 50 acres.

“It started out to where it wasn’t so deep, but it got deeper and the walls kinda came up and in one corner of it, it was kind of tall like where something obstructed the flow and it cut down behind it and into the bank and went back up in there about 25 feet or so. At the turn of that gully, a cave was cut back up in there, and actually went around what ever was holding all that canyon structure up, and relieved itself out the back end. The cave was too small to crawl through but you could see light if you looked back in there. It smelled like a skunk.

“Right about this time, my brother, Tommy (now deceased) had graduated college on a one-year plan and said, ‘I’m not going no more’.

“He began working for Josef Bartlett Finley, Jr., at the Callaghan Ranch in Encinal. While he was down there working and cleaning the place up, he was told there was an area in the shop there that needed cleaning out. And he (Tommy) went in there and started pulling stuff out and found some big crates about seven feet long. They were about 8 to 10 inches wide and about 6 inches deep and were made out of wood.

“They had wooden handles on them and one of them was about half pried open and he looked in and saw what looked like giant bottle rockets. He looked on the boxes and saw they came from South Africa. Back in the fifties there was a program on weather modification involving shooting those rockets full of silver iodide, salt crystals or something. And they would be shot up in the air ahead of clouds, trying to get into the updraft of the cloud and it would take these crystals on up where they could concentrate the moisture and make the rain fall quicker. It would not go so high and turn into ice and hail. It didn’t necessarily make more rain but when it started raining, it would create more rain. But the main deal was to stop hail.

Tommy brought it to Mr Finley’s attention asking ‘what to do with these things’ and the response was to get rid of them – I don’t want them. So he brought them back home where we were still living at the dairy. I opened the container, looked inside, pulled a paper out and was reading instructions. Each one of these rockets was tubular shaped with about a one inch square shaft or tail on it, like a bottle rocket and was probably 6 feet long. At the top of that was an aluminum tube that was about 3 inches wide, so it was a big rocket. It had a really long fuse that came out of it like the fuse on a stick of dynamite. On that it had a piece of paper that was wrapped around it, folded with rubber bands. It told you about the South African area, then it told you how to aim it, where you should be in the cloud formation, ahead of the clouds.”

Randy continued, “It said, be aware of low flying aircraft.

“We ran outside and jumped in the pickup truck and we got away from everything and everybody who could see us at the dairy. And we sent one of them up. When you lit it, the fuse would burn with plenty of time to get out of the way.

“When it took off, it went off with a force and for the first 50 feet you didn’t see it. It was that fast and that violent. Once it got off in the distance your eyes could pick it up. It probably flew for 6 or 7 seconds. When it finally got up to what altitude it was, it started kind of slowing down and then you saw the flash where it exploded. A second later or so you heard the report and it was very loud.

“Every time we shot one off there would be a report of something happening in the entire surrounding area and people couldn’t figure out what was going on.

“One day, the Persyn boys called me up and said, ‘hey, we were chasing a coon and it went back up that cave and we can’t get him. Why don’t you go bring some of those rockets so we can shoot a couple up in there and scare it out.

“So, we were all kinda gung-ho about that. We took some pipes and pried them into the side of the canyon, facing the cave opening, tied the fuses of two rockets together and we were laughing and giggling the whole time. We knew what we were doing was bad and is wrong. We lit those rockets up and we jumped back to a safe distance and one didn’t go off right away and the other one shot off and went into the backside and embedded itself. Smoke was billowing out and about that time the second rocket finally ignited and it shot in there. And there was one explosion and every thing kind of shook and then there was a second explosion. Three quarters of the cave caved in.

“I was looking at the Persyns and they were looking at me with wide eyes, ‘maybe we broke something, we messed up or we were going to get in trouble’.

Such were the days in early youth, while exploring and playing around Cockrell Canyon. 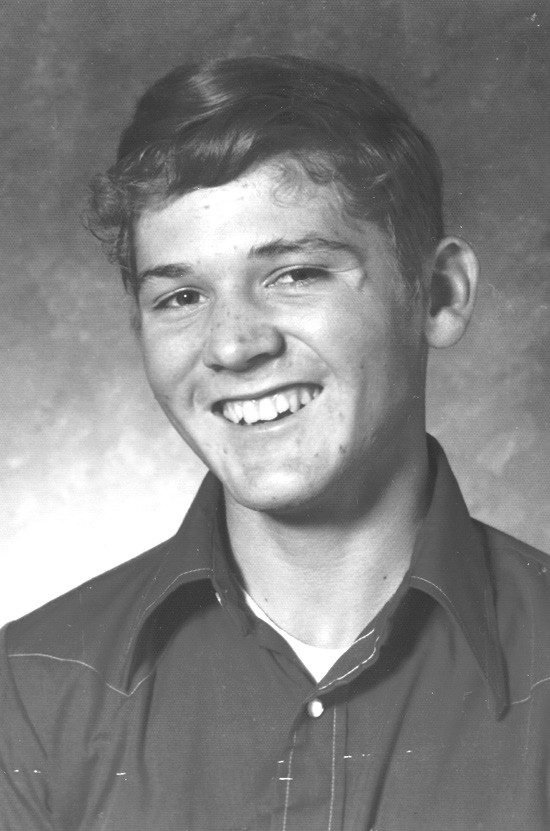 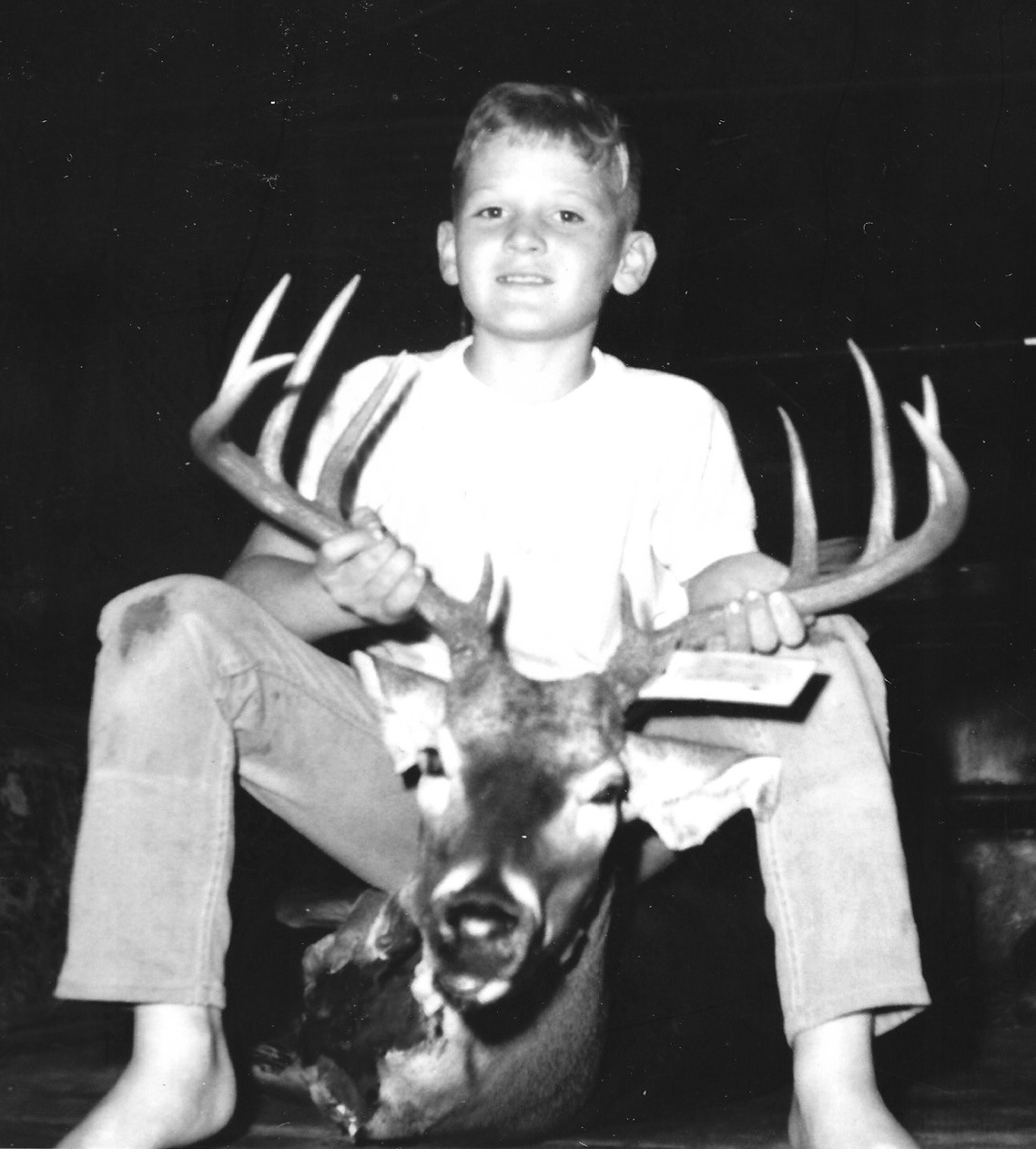 Randy Shearrer, age 9, in July, 1968 with a two and a half-pound bass he caught at the Perry Dairy on Crain Road east of Cockrell Canyon.