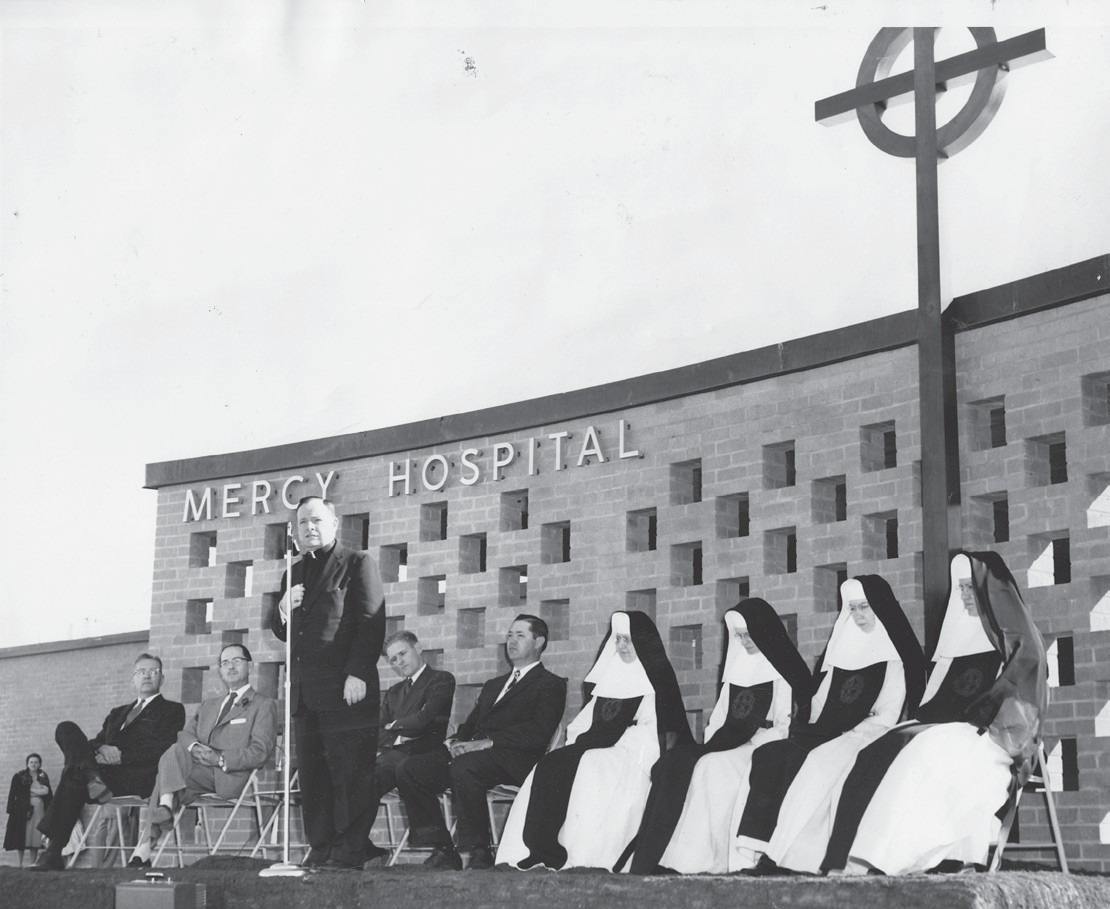 The opening ceremonies for Mercy Hospital featured speeches by Dr. U. B. Ogden (seated second from left) and Leon Steinle (seated fourth from left). The Sisters of the Blessed Sacrament and Incarnate Word of Victoria would manage the new hospital for almost 50 years.

The Atascosa County Historical Commission and the Atascosa Hospital Association Auxiliary invite everyone to attend the dedication of an Official Texas Historical Marker for Mercy Hospital on Thursday, April 28, 2016 at 2:00 p.m. in front of the Jourdanton Municipal Complex.

Refreshments will be served.

As the population of Atascosa County grew and the roads and highways improved, the incidents of traffic accidents increased. The end of 1952 brought the realization of thirteen traffic fatalities and many serious injuries, a 30% increase from the previous year.

Funeral vehicles, owed by Hurley Funeral Home, doubled as ambulances to transport injured patients to the San Antonio hospitals, although, it was reported that San Antonio had a shortage of hospital beds. Atascosa County had two small hospitals, one in Poteet and one in Pleasanton, each owned by local doctors. They were not equipped to handle major trauma or complex surgical procedures, and neither delivered babies.

Ways of building a new, community hospital in Atascosa County were discussed as early as 1953. County Commissioner’s Court examined the idea of converting two school buildings into a hospital, until it was discovered that no federal grant money would be available unless a new building was constructed, one that would accommodate at least twenty-five beds.

In July 1954, a committee was formed, and an appeal went out to all citizens of Atascosa County to participate in the venture. A Board of Directors was elected. They were: President Mr. M.M. Davis, Sr.

Bylaws were written and 525 women from all over the county became charter members. The name, Mercy Hospital, was adopted at the first meeting. Very quickly, churches and civic organizations joined in and set out working on the task of raising money to build a hospital.

A federal grant for $175,000 was approved, contingent upon an effort to match the amount. A headquarters site was set up in the Gale Café Building in Jourdanton. In March, 1955, a ten acre tract of land was donated by Mrs. Ray Whitfield of San Antonio. The gift was in memory of Mr. Ray Whitfield, who had dreams of building a home there, but died before he could see it through. The property was conveniently located on State Highway 97, between Jourdanton and Pleasanton.

Fundraisers were held weekly. Local ranchers held bar-b-ques. There were fried chicken dinners, spaghetti suppers, bingo, dances and cake walks in the park. At each event a local physician or member of the hospital board would speak on the urgency of having a new hospital. A local car dealer donated a 1955 Chevy Bel Air Sedan to be raffled. The Jourdanton Garden Club established a thrift store with donated items and named it Mercy Mart. Area ranchers donated weaned calves, which were awarded to kids who wrote an essay entitled “How I would feed, train and care for a beef calf”. After caring for the calves for four or five months, they were auctioned, the proceeds donated to the cause. The kids were given savings bonds for their efforts. Local newspapers published articles reporting the progress.

Finally, an architectural firm was chosen and bids for a contractor were accepted. Local men, Henry Schorsch, Johnny Joe and Blaise Netardus volunteered to plow the grounds. A dedication was held in December, 1955. Ground was broken on January 11, 1956.

An agreement was made to lease the new building, once completed and equipped, to the Sisters of the Blessed Sacrament and Incarnate Word of Victoria. The sisters would run the hospital. Four nuns were chosen, Sister Xaveria would serve as administrator and Director of Nursing, Sister Lucilla would be in charge of the laboratory, Sister Ruth would supervise radiology and Sister Ursula would oversee the dietary department.

On December 30, 1956, Mercy Hospital was complete enough to hold an open house and reception. Three thousand citizens from Atascosa and surrounding counties assembled to be welcomed by church pastors, physicians and the Board of Directors. The Most Reverend Stephen A. Leven, Auxiliary Bishop of San Antonio dedicated Mercy Hospital “as an institution for the safeguard of health, and for service in time of sickness”. Visitors were given a tour of the modern facility which featured a state of the art nurse call system, modern décor and the convenience of having oxygen piped into every room. A beautiful lifesized statue of Our Lady of Mercy stood near the main entrance.

The first patient was admitted on January 7, 1957. In the first year there were 850 admissions, 250 babies were born and 750 patients were treated in the Emergency Room. Approximately 200 surgical procedures were performed. The first baby was born on January 11 to Mr. and Mrs. Wallace Anderson. The little girl was named Penny Ruth for Sister Ruth and Penny Plocek, attending nurses. She received many donated gifts upon her arrival.

The community continued to support the hospital, the Women’s Auxiliary remained active and eventually a Junior Auxiliary was formed, and they were called the “Daisies”.

Fresh home baked goods were brought in for visitors and patients to enjoy, and pediatric patients were read to and the children of visitors were entertained by these volunteers.

In April, 1959, construction began on an $80,000 expansion. This new wing would increase the hospital size to 36 beds and add much needed space for pediatrics.

Staffing the hospital was often a problem as there were few nurses in Atascosa County. Sister Ronalda Peltier, BSN and Sister Mary de Lourdes Scheel, BSN, made the decision to apply to the Texas State Board of Vocational Nursing for a permit to establish a school. Approval was granted and Dorothy Kramer, R.N. was hired to set up the program. The Mercy Hospital School of Vocational Nursing was established and a building was erected with money donated by Louis Gubbels. Applications were accepted in April, 1968 and the first class began in September. By graduation on August 24, 1969 the class was ready for their state board examination, all of them passing. The program continued to graduate 10 to 12 nurses each year until August, 1987.

In October, 1986, the Sisters of the Incarnate Word and Blessed Sacrament decided to give up the lease. Another management group took over the operation of the hospital, changing the name to Tri City Community Hospital. The group decided to build a new hospital at another site on State Highway 97 in Jourdanton, and in March, 2000 South Texas Regional Medical Center opened. The old Mercy Hospital site was eventually abandoned.

In November, 2008, the City of Jourdanton purchased the property, with the idea of building a municipal complex. Mold had grown inside the old building making it unsuitable for use, and in 2012 it was torn down. The new Jourdanton Municipal Complex was dedicated on January 30, 2014.

The Women’s Auxiliary continues to operate from the new facility. Some of the members were there when Mercy Hospital was built, and many had parents who were involved with the early hospital.

Although the Mercy Hospital Building is gone, the devotion of the people from all over Atascosa County is not forgotten. 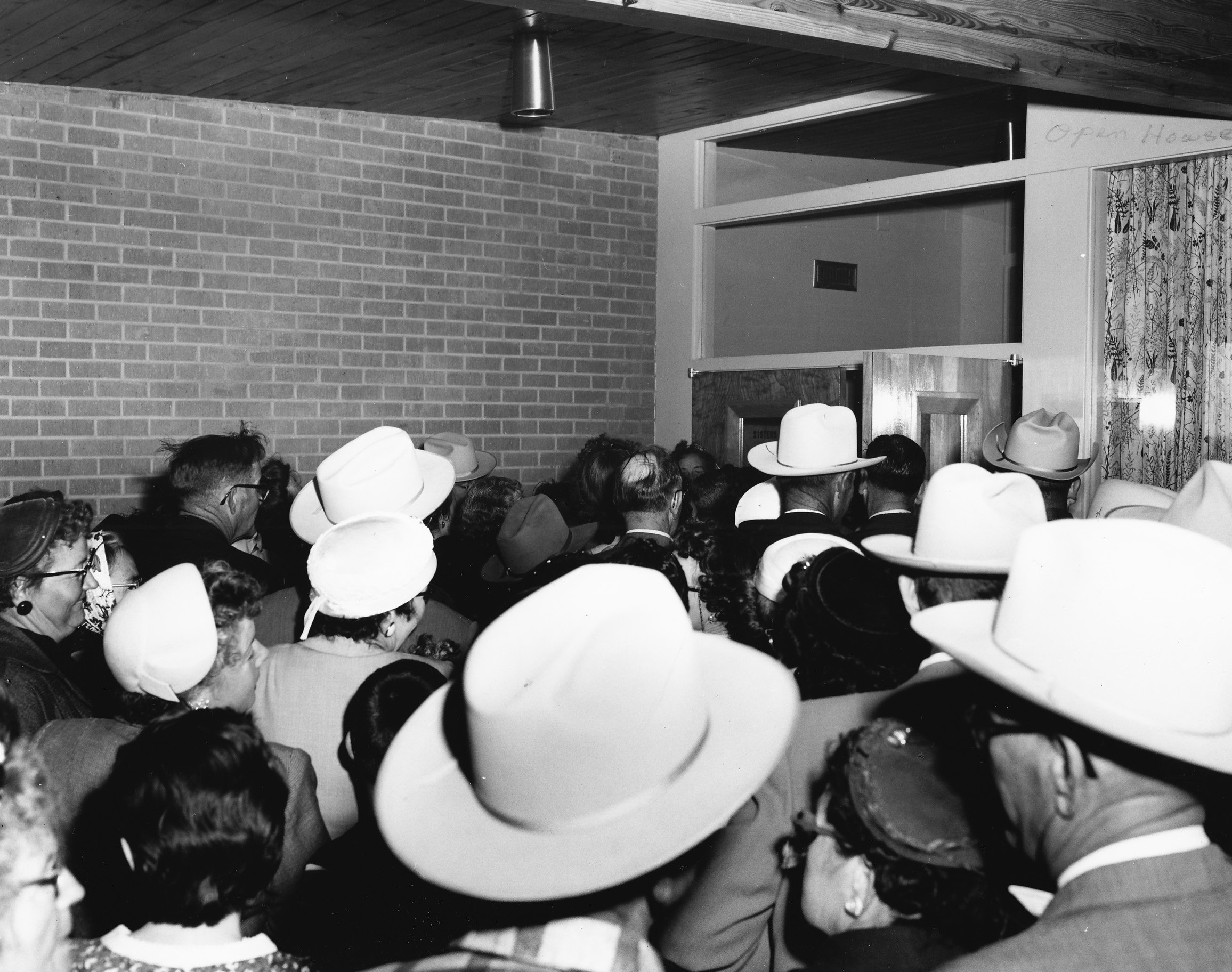 Visitors crowd the front door at the brand new Mercy Hospital grand opening in 1956. The first patient was admitted January 7, 1957. 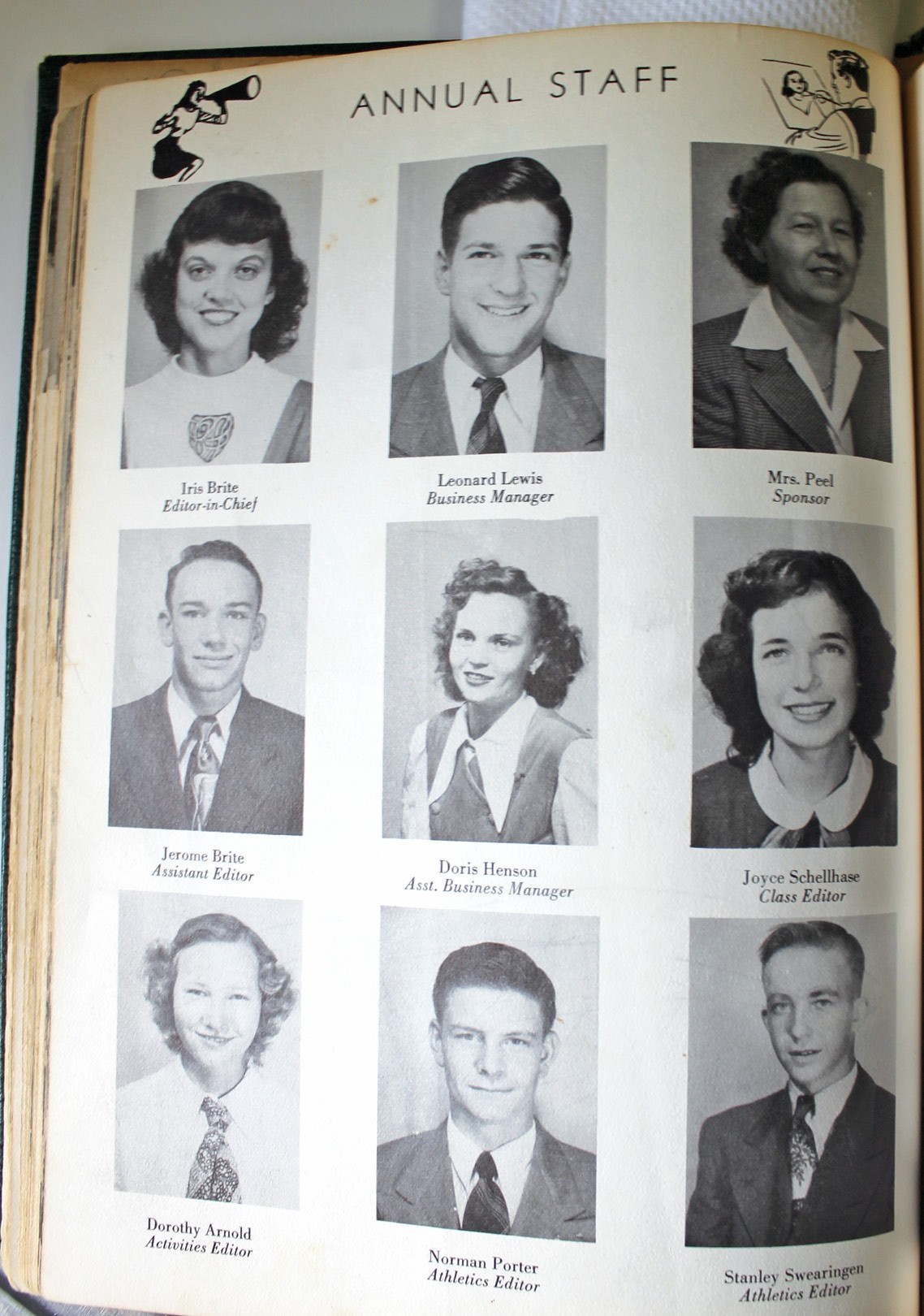