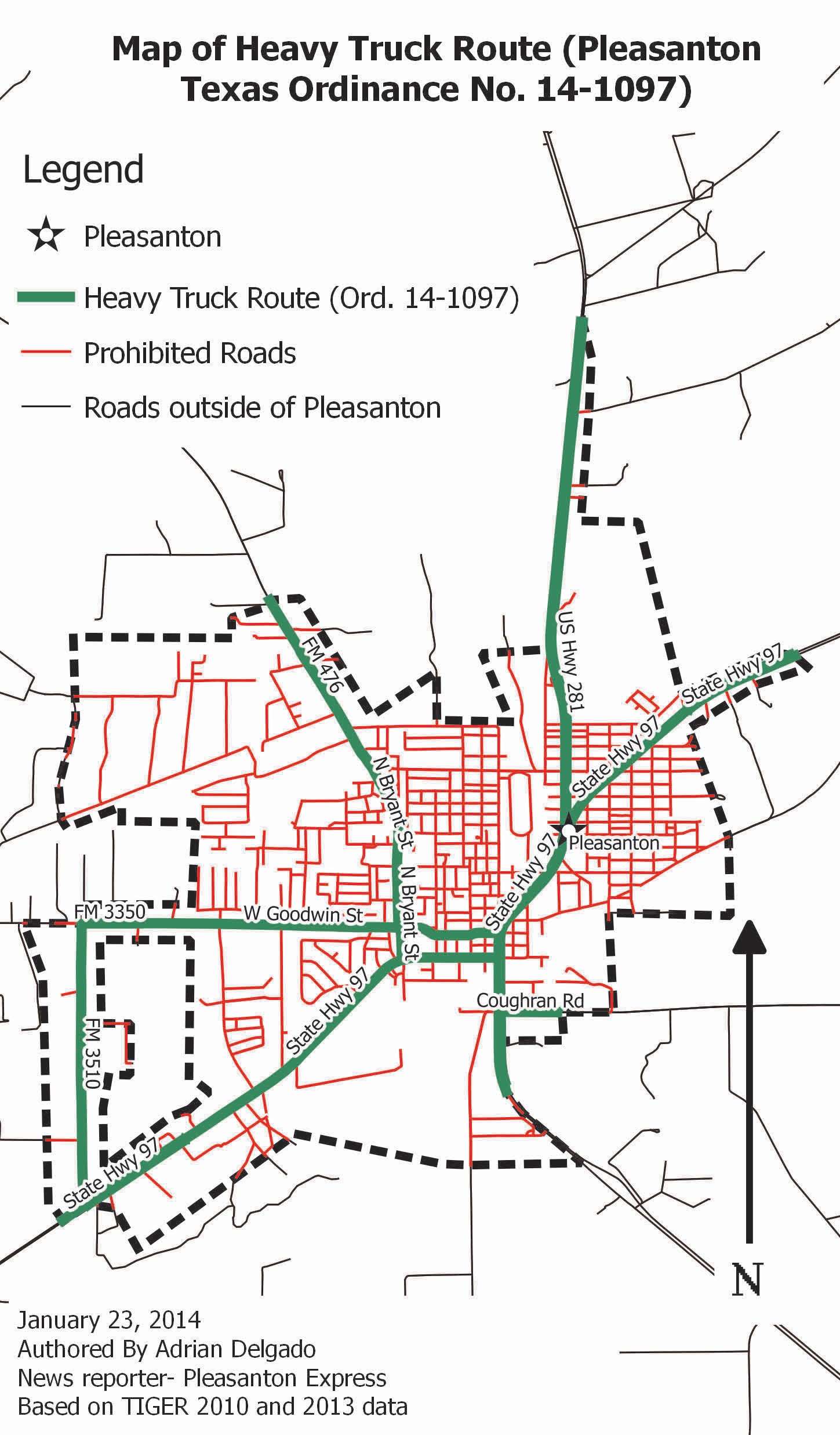 This is a map of the Heavy Truck Route as detailed in Ordinance 14-1097, but is only an approximation. The official map is available at the PleasanSee ton Police Station.