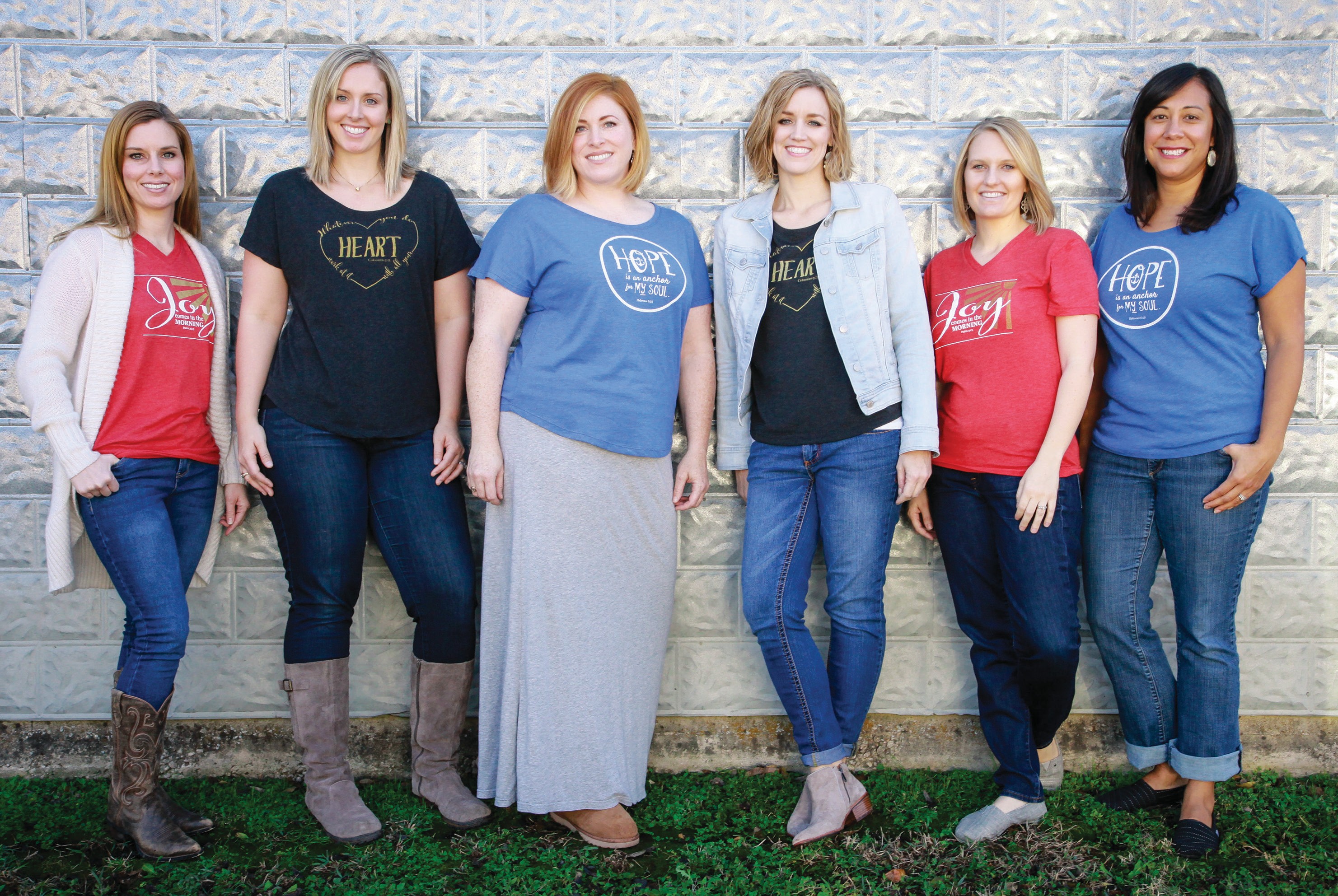 Heart Work Tees brings joy and laughter into women’s daily service via T-shirts. Some of the T-shirts are silly, and some are encouraging.