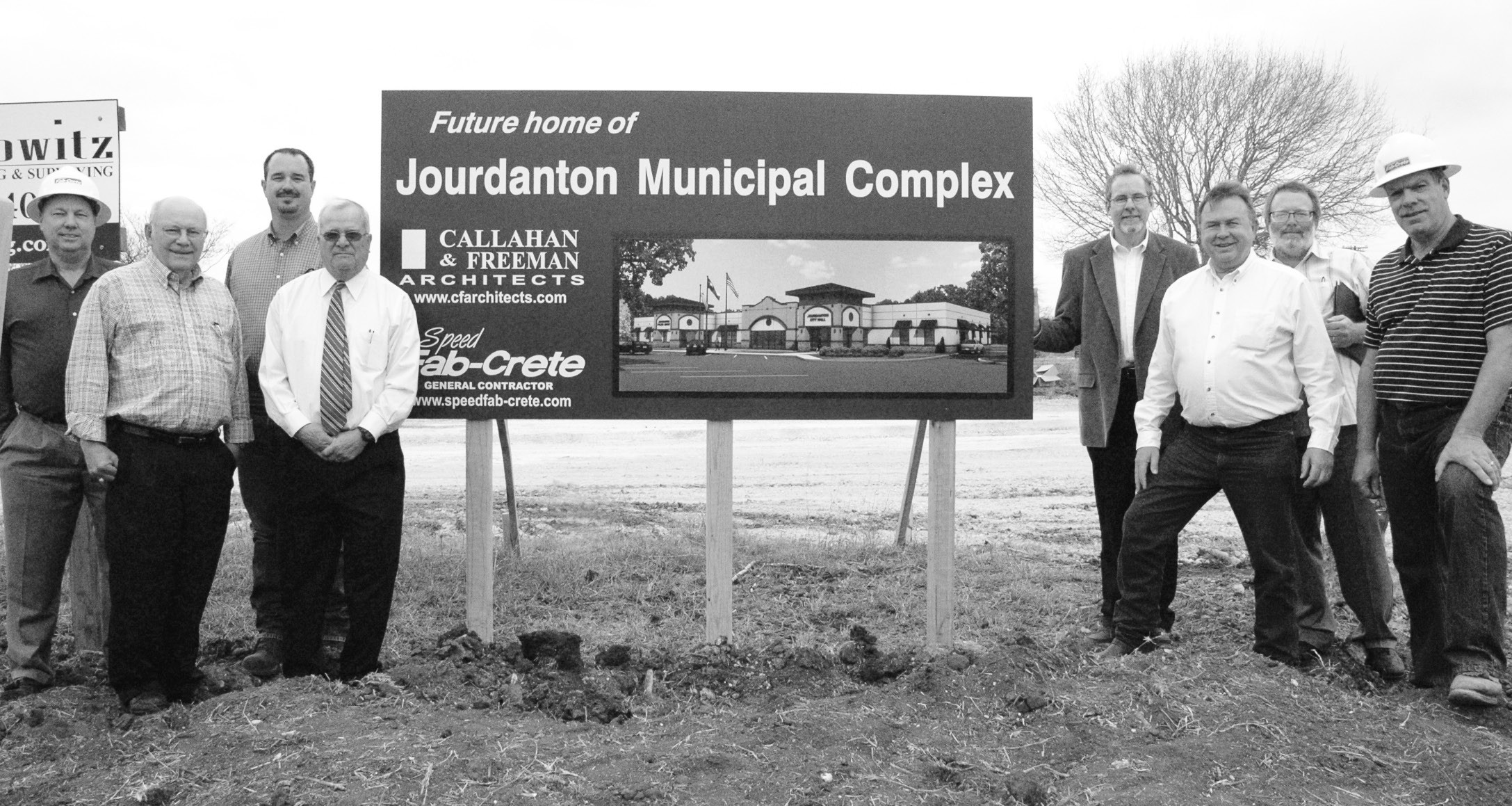 The sounds of heavy machinery could be heard at the official groundbreaking ceremony of the City of Jourdanton Municipal Complex this past Monday. City council members, city leaders and the project’s architect, contractor and engineers were all in attendance for the event.

The new complex will be situated on seven acres and will boast 13,026 square feet – almost three times larger than the two current buildings – and will cost a little over $3 million. This will include the construction of the building, the furnishings it will require as well as the paving for the surrounding parking lot.

The existing municipal buildings have outgrown their spaces. The city hall office building has been around since the 50s and has been added on throughout the years to accommodate the growing needs of the city.

The Jourdanton Police Department and Municipal Court have also experienced growing pains. Housed in the former public library, space is tight since more officers have been added to the force. The court has also seen a huge increase due to the rising number of traffic violations.

“When you look at the police department and the municipal court, they really need upgrading and this is right time to do it,” said City Manager Dan Nick.

Initial plans began in 2008 with the purchase of the former location of the hospital, owned by the Atascosa Hospital Association. The property includes the former quarters for the Sisters, which is now the Department of Public Safety offices.

A solar farm, which is located to the back of the proposed complex, was installed in 2012. The solar energy should provide the majority of the building’s needs. Karnes Electric Cooperative will augment power as needed.

The design, by architects Callahan & Freeman, incorporates the City Hall, Police Department and Municipal Court all under the same roof. The council chambers will seat 90 (it currently seats about 20) and will allow extra space for training sessions, meetings and for larger municipal court needs. There will also be a conference room for the council to use during executive sessions. Three office spaces for the District Attorney’s office, Border Patrol and Parks & Wildlife Game Warden will have a separate 24-hour access entrance. The design will also be easy to add-on in the future when it will become necessary.

Both the architects and the General Contractor, Speed FabCrete have experience in designing and building municipal/government type buildings. The contractor was chosen through a very close bid process – so close that the experience they possessed was the deciding factor.

For the first time in history, the City of Jourdanton applied for and received an A rating through S&P (Standard & Poor’s). According to S&P, this rating signifies that the city has a strong capacity to meet its financial commitments, but is somewhat more susceptible to the adverse changes in circumstances. The highest rating awarded is AAA. The lowest rating is D.

“We were told that it is almost unheard of for a city of our size to get that good of rating,” said Police Chief Eric Kaiser.

Having this designation helped the city to obtain a loan through the private sector. This will allow an earlier pay-off with substantial savings to the citizens of the community.

The complex should be completed by this Thanksgiving. The pre-cast concrete design will go up quickly on the pier and beam construction.

“This is just one of many positive things that are happening in Jourdanton,” said Nick. 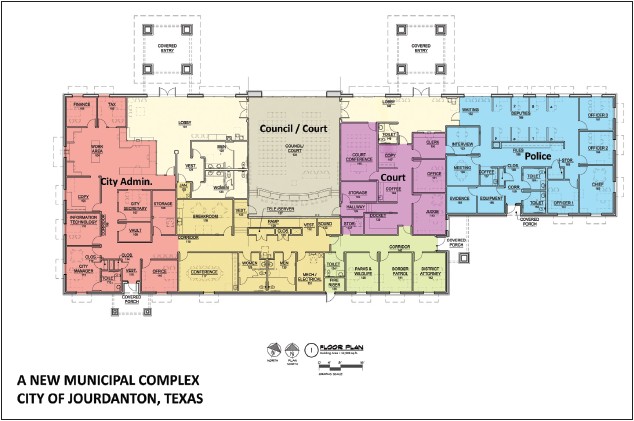