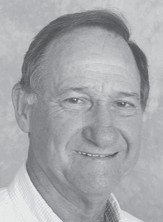 Our inner Atascosa County teams have finished with their pre-season scrimmages and will begin regular season play this Friday evening,

As usual, it’s difficult to gauge the amount of improvement in teams until some games are ‘under their belts’.

Indians in the first regular season football game at their impressive new football stadium. This is a wonderful venue for Poteet’s gridiron program.

The Ags went 1-9 last season and are rebuilding. In District play, Poteet will be in newly realigned District 14-4A DII.

Their first regular season opponent, Jourdanton, is coming off a 9-2, 2A, Division I, Area Finalist campaign in 2013. They have five offensive and four defensive starters returning from that playoff team.

Jourdanton will be playing in realigned District 15-4A, Division II.

Pleasanton, now in District 15-4A, Division I, will begin regular season play at the Spring Sports Complex, Friday night, playing the San Antonio Edison Bears. Last season the Eagles were a 40-7 victor over the Bears.

The Eagles return five offensive and four defensive starters from a 9-3, 3-A, Division I bi-district finalist campaign. There is a bit of rebuilding of the squad. I expect the green and white to improve as the season progresses.

Edison is competing in 28-5A this season and returns a good number of starters, seven offensively and six on defense. The Golden Bears went 3-7 last year and I foresee improvement this year with the return of returning quarterback Jonathan Hernandez. He passed for 503 yards on 162 attempts with nine touchdowns passing and another two running.

Charlotte’s Trojans will trek over to San Marcos Baptist Academy in their season opener, Friday evening. CHS was a 45-12 victor over the Bears last year.

The Trojans, now play- ing in District15-2A, Division II, list seven starters both ways from a 4-7 bi-district finalist team last season. They look to be improved.

Highlands by 13 over Floresville

Brackenridge by 20 over Jay

Burbank by 1 over Southside

Pleasanton by 14 over Edison

Devine by 7 over Harlandale

Antonian by 14 over Jefferson

Central Catholic by 7 over Lanier

Uvalde by 23 over Mc- Collum

Bandera by 7 over Sam Houston

Medina Valley by 14 over Navarro

Somerset by 13 over Pt. Lavaca Calhoun

Boerne by 1 over Hondo

Blanco by 14 over Canyon Lake

Giddings by 1 over Gonzales

La Vernia by 14 over Wimberley

Lytle by 13 over Cole

Carrizo Springs by 7 over Memorial

Jourdanton by 20 over Poteet

Falls City by 7 over D’Hanis