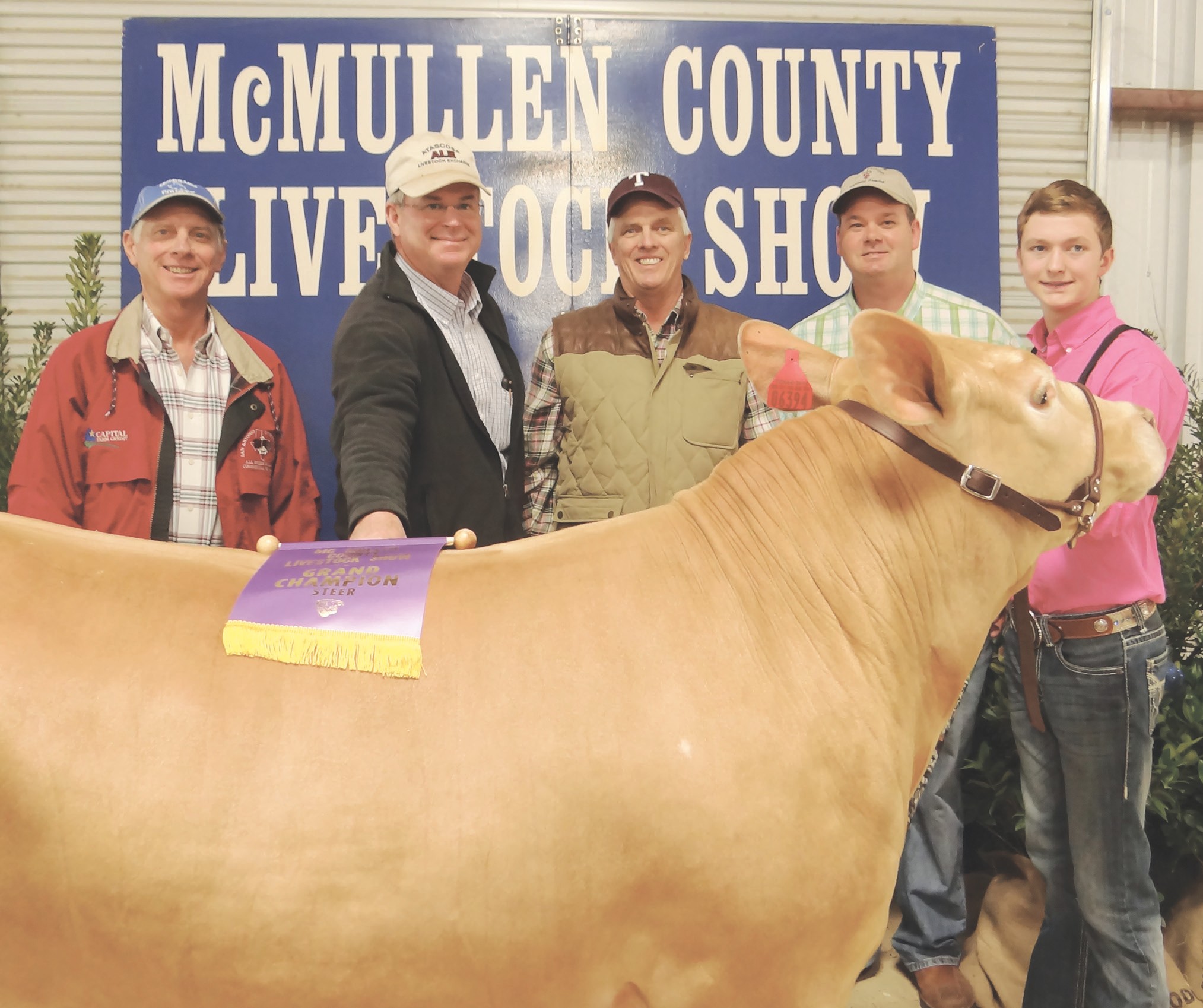 Even though the Mc- Mullen County Livestock Show overall numbers were down from last year, individuals and businesses still turned out and spent $382,800.

O’Brien Underwood showed his Grand Champion Swine which was bought for $13,000 by Brown Ranches. O’Brien also received a showmanship award.

Taber Garcia won Grand Champion Lamb and sold it for $13,000 to Leo Quintanilla.

Colton Gonzales’ Grand Champion Goat brought in $13,500.He had these buyers bidding on his project: Chesapeake Energy and Talisman Energy.

Hannah Arisola won Grand Champion with her pen of rabbits. They sold for $12,00 to Leo Quintanilla.

The Grand Champion Poultry, shown by Cade Royal, were sold for $11,000. They were bought by Atascosa Syndicate, First State Bank Three Rivers and Donnell Ranches.

Reserve Grand Champion Lamb went to Charlsie Harris and sold for $8,000. She also won showmanship and it was bought by Leo Quintanilla.

Charity Harriss won showmanship and Reserve Grand Champion with her goat. Buying it was Atascosa Syndicate, San Miguel Syndicate and Donnell ranches for $7,500.

A special section will be printed on February 4 with more results of this show and the Atascosa County Livestock Show with lots of photos.