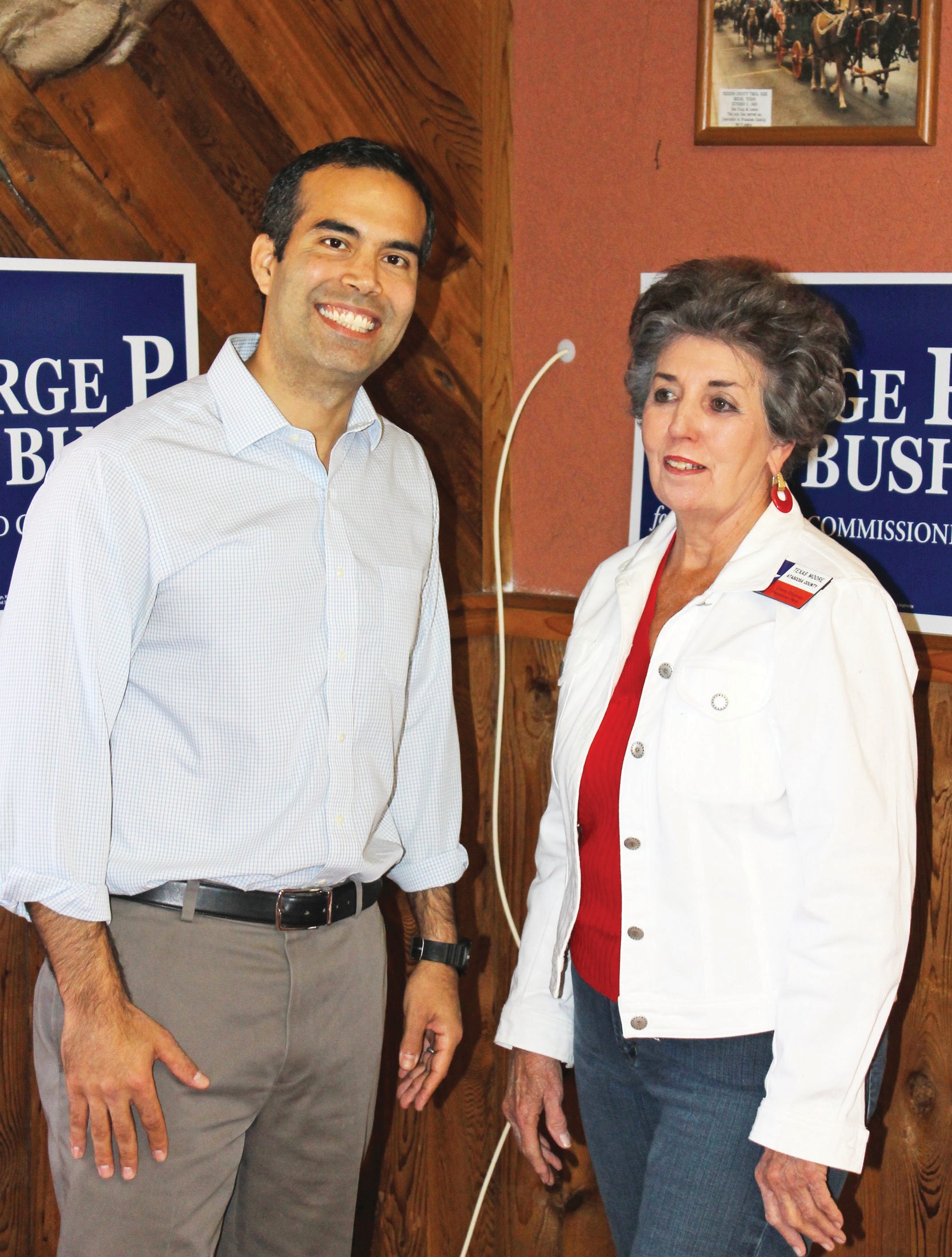 On Jan. 15, George P. Bush, Republican candidate for Texas Land Commissioner, spoke to constituents at McBee’s Barbecue in Jourdanton. The visit was part of his campaign bus tour throughout Texas. A native-born Texan, Bush is also a former public school teacher, veteran, husband and father. After graduating from Rice University, he taught at-risk high school students before completing his Juris Doctorate at the University of Texas School of Law.

In 2006, Bush joined the U.S. Naval Reserve, earning the Joint Service Commendation Medal for his meritorious service in support of Operation Enduring Freedom. Currently, he manages his own consulting and investment company.

He lives in Fort Worth with his wife of eight years, Amanda, who is an attorney. In June, they became the proud parents of a baby boy. As Texas Land Commissioner, Bush said he will work to: invest in our schools to better prepare our kids, strengthen our oil and gas economy to produce more jobs and honor those who have proudly served in our military.

Atascosa County Republican Chair Texas Moore said that Bush really took the time to make sure he greeted everyone.

“He stayed longer than he initially planned. He visited with people and made sure their questions were answered,” said Moore. She estimates that during the course of his visit, there were about 80 people in attendance. Afterwards, Bush enjoyed a tour of the Atascosa County Courthouse.