Gearing up for March 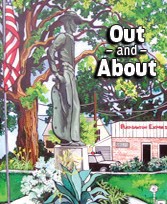 The next city-wide clean up for Pleasanton starts Monday, March 16.

The city will be divided into three areas and three weeks, with each week focusing on one area.

•Week One will run March 16-20. The area east of Hwy. 281 and north of the Industrial Park and may set out bulky waste starting March 2.

•Week Two- March 23-27. The area is west of Hwy. 281 to Bryant Street and south of Oaklawn and may set out bulky waste starting March 9.

•Week Three- March 30- April 3. Properties west of Bryant Street and north of Oaklawn Street will be included in this route and may set out bulky waste starting March 16.

Any bulky/brush set out prior to set-out dates may be subject to fines.

The City of Pleasanton appreciates the cooperation of residents and businesses in keeping Pleasanton beautiful.

The Jourdanton Chamber of Commerce will hold their annual barbecue dinner on Sunday, March 1.

Serving begins at 11 a.m. and you won’t want to miss the silent and live auctions.

It is time to honor the movers and shakers! Plan to attend the 64th annual awards ceremony on Thursday, March 5.

Mayor Clint Powell will deliver a State of our City address before acknowledging the many members of our community who contribute their time on a consistent basis.

Tickets are available at the chamber office, 605 Second St.

Be sure to see the crowning of this year’s Strawberry Festival royalty at the coronation.

It will be held Saturday, March 7 at the Poteet High School cafetorium.