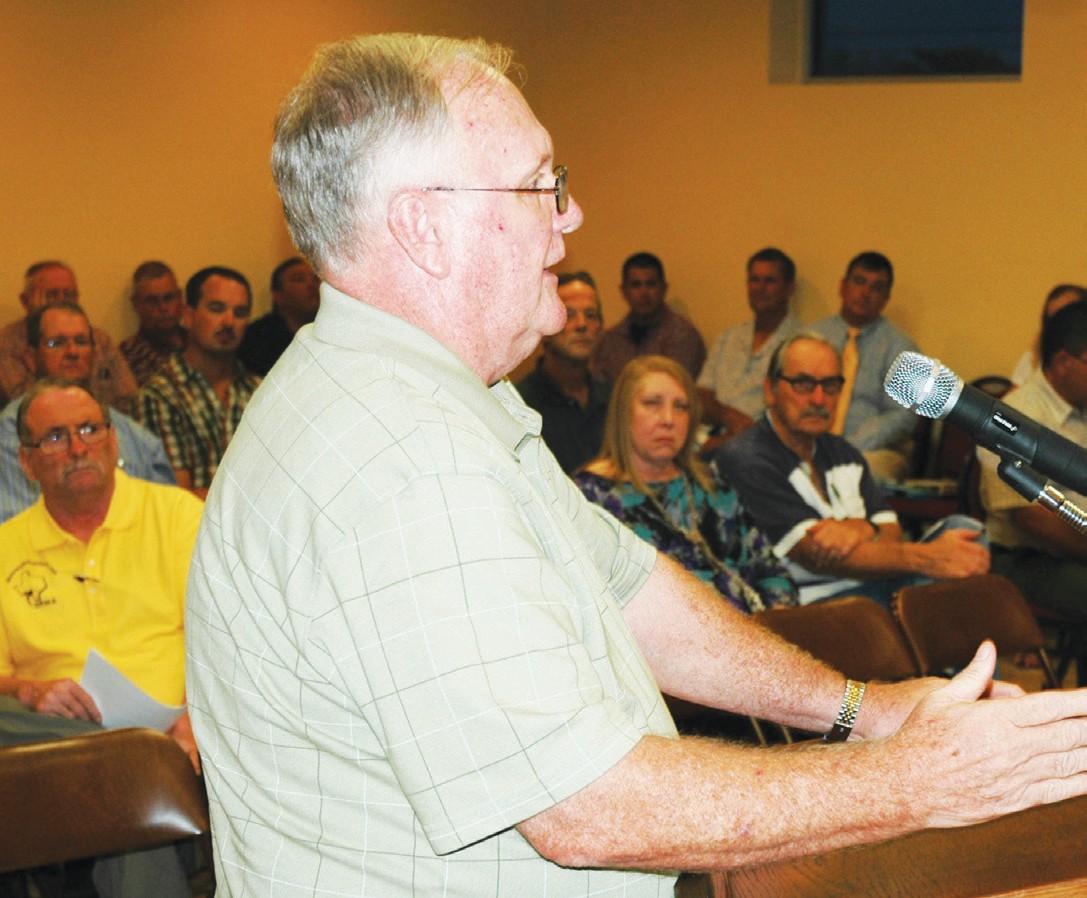 At the September 19 council meeting, Chuck Garris was named as the first paid City of Pleasanton Fire Chief after serving as the volunteer fire chief for the past 21 years.

During these years he has worked diligently to apply and receive over $1 million in grants to purchase much needed equipment, training and apparatus.

He takes over officially on October 3.

“He makes the perfect segue between the volunteer effort as we move to the full time fire chief,” said Pearson. “He’ll be busy developing an Emergency Management Plan,” he continued.

Garris took the podium to express his gratitude. He recognized the massive changes in the city over the last couple of years. “We’ve been able to meet all the challenges so far and the fire department is just another challenge. When asked about the development going on in the city, what do I think about it? I know that there are a lot of pluses and some minuses. As the Fire Chief and member of the Fire Department, all I think about is the fire load that is being created and we have to meet that demand,” said Garris.

Garris has also been the Atascosa County Fire Marshal and will be relinquishing that position on September 30.