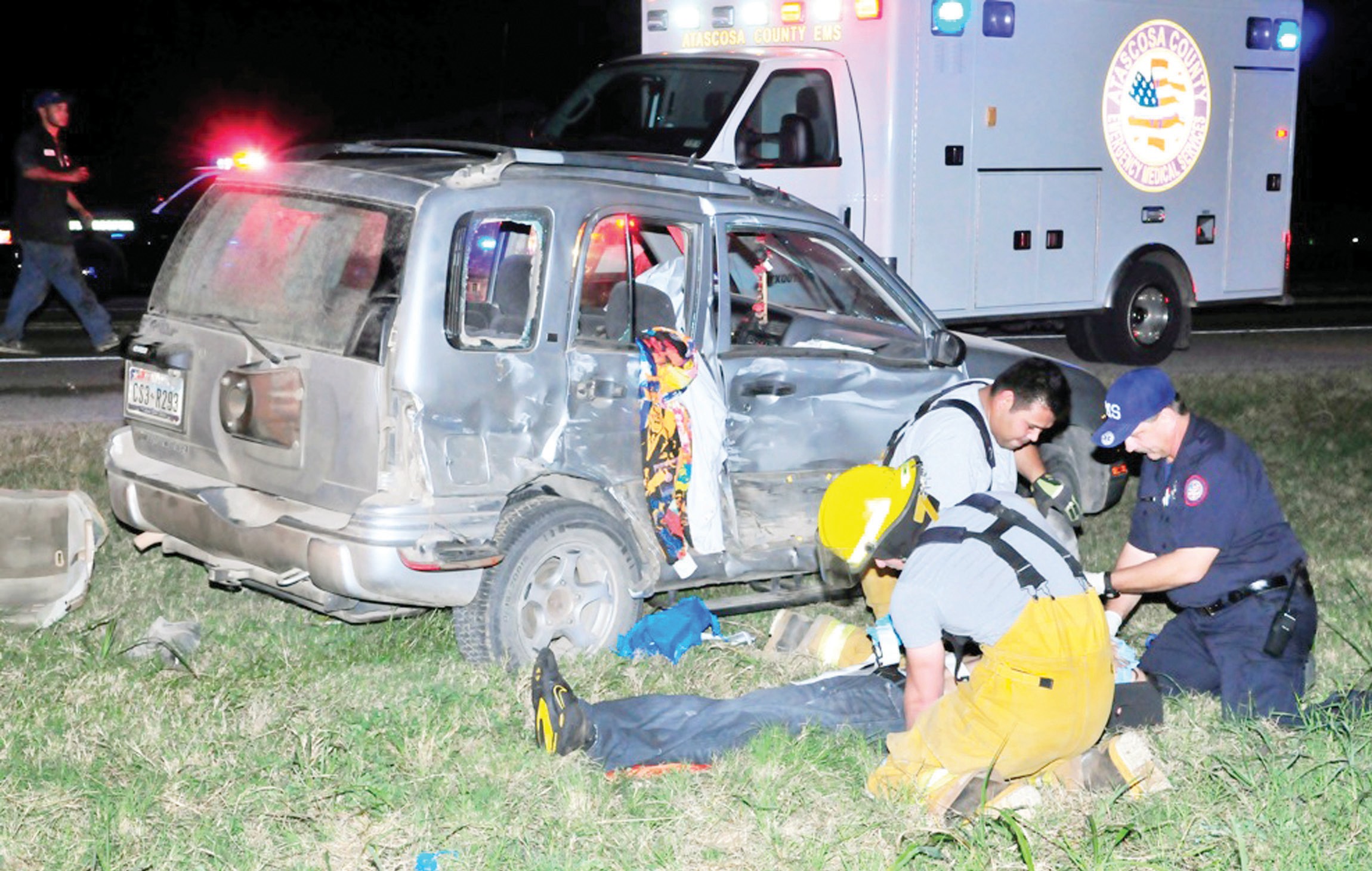 Emergency workers tend to 7-year-old Jade Romero after a crash on Hwy. 97 in Charlotte. Romero was taken to University Hospital by AirLife and the driver,Edwin Miranda and passengers Evan Romero and Clemencia Calvillo to South Texas Regional Medical Center. The accident occurred around 7 p.m. on Tuesday.

Another wreck occurred in Charlotte shortly before 7 p.m. on Tuesday, December 4.

Edwin Miranda was driving on Hwy. 97 and was attempting to turn onto Burnet Street. An 18-wheeler t-boned Miranda’s vehicle sending one passenger, Jade Romero, 7, to University Hospital via AirLife.

The condition of the other passengers was not known at press time.

The accident is under investigation by DPS officers.