Foundation and structural work completed at old jail in Jourdanton 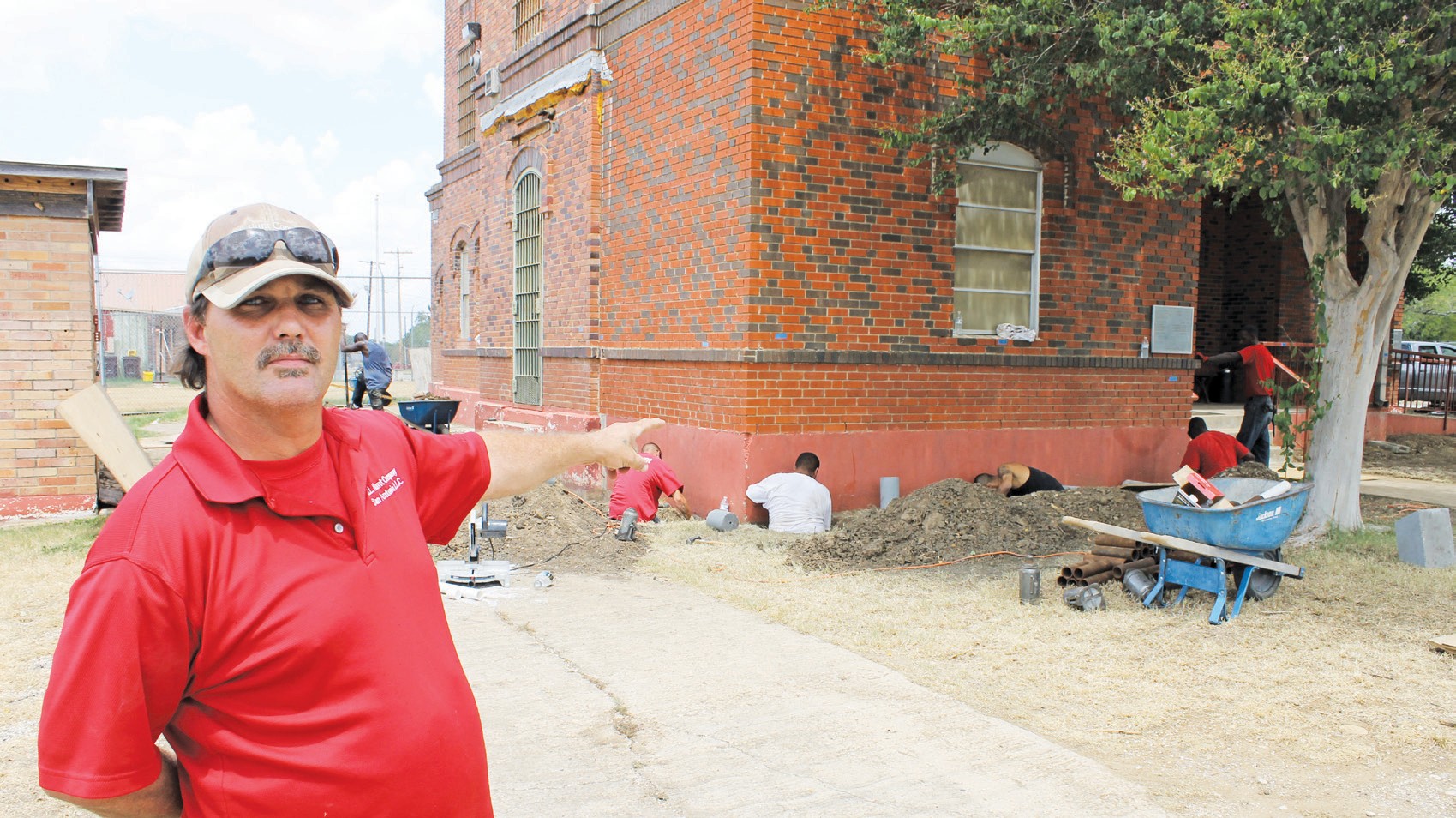 Thomas Leffew, superintendent for construction firm, G. I. Hunt pointing to the workers at the old jail doing work prior to lifting of the south section of the jail.

In the structural repair portion, work consisted of raising sections of the jail on both the south and north sides. The areas that needed lifting were portions of the jail that had been added on since the jail was initially built. Those areas of the building were leaning away from the building.

The firm had to excavate holes and a tunnel around and under the jail before the lifting portion of work could be consummated.

Atascosa County Commissioner Lonnie Gillespie, Pct. 1, who was overseeing the project, said, “This work was necessary to stabilize the jail before things got worse. It was essential to do the work now rather than later when it would be much more difficult to do, possibly, with further structural problems. As it is now, everything is set.”

County Commissioners budgeted for this project in their 2013 budget.

Atascosa County Auditor Ray Samson said, “We began the project and after getting into assessing the whole project, Commissioner Lonnie Gillespie determined the foundation had first priority. If you take care of the foundation, everything can turn out better.

“This foundation work was confirmed when we had a representative of G. I. Hunt come down to review the situation.

Hunt rep Leffew said, “What we will do for you is stabilize this building where it can get no worse. Where we can, we’ll raise everything as much as we can up to the point where we won’t break anything in the building structure.”

Samson said, “The total amount paid on stabilizing the old jail building was $41,600. Next year we are budgeting for repairing cracks in the exterior brick on the building and other outside repairs that need to be done. Included will be new windows where practical. Also, concrete needs to be re-grouted.

“After we do this, we believe we will be done with everything needed to keep this building in good operating condition.

After pointing out the work Atascosa County is doing at the Tax Assessor- Collector office to increase parking, Samson said,”We don’t know yet the total costs of adding parking spaces in that area.

“We have seen some oil companies come into the tax office with 150 titles. There’s a lot going on around here in Atascosa County

Samson added, “We have done some interior work in the Courthouse. Concrete beams and walls in the County Clerk’s office have been repaired for water damage. Also, Judge Lynn Ellison’s office was repainted and all the bathrooms on the second floor of the Courthouse have been painted. We consider this to be ongoing maintenance. 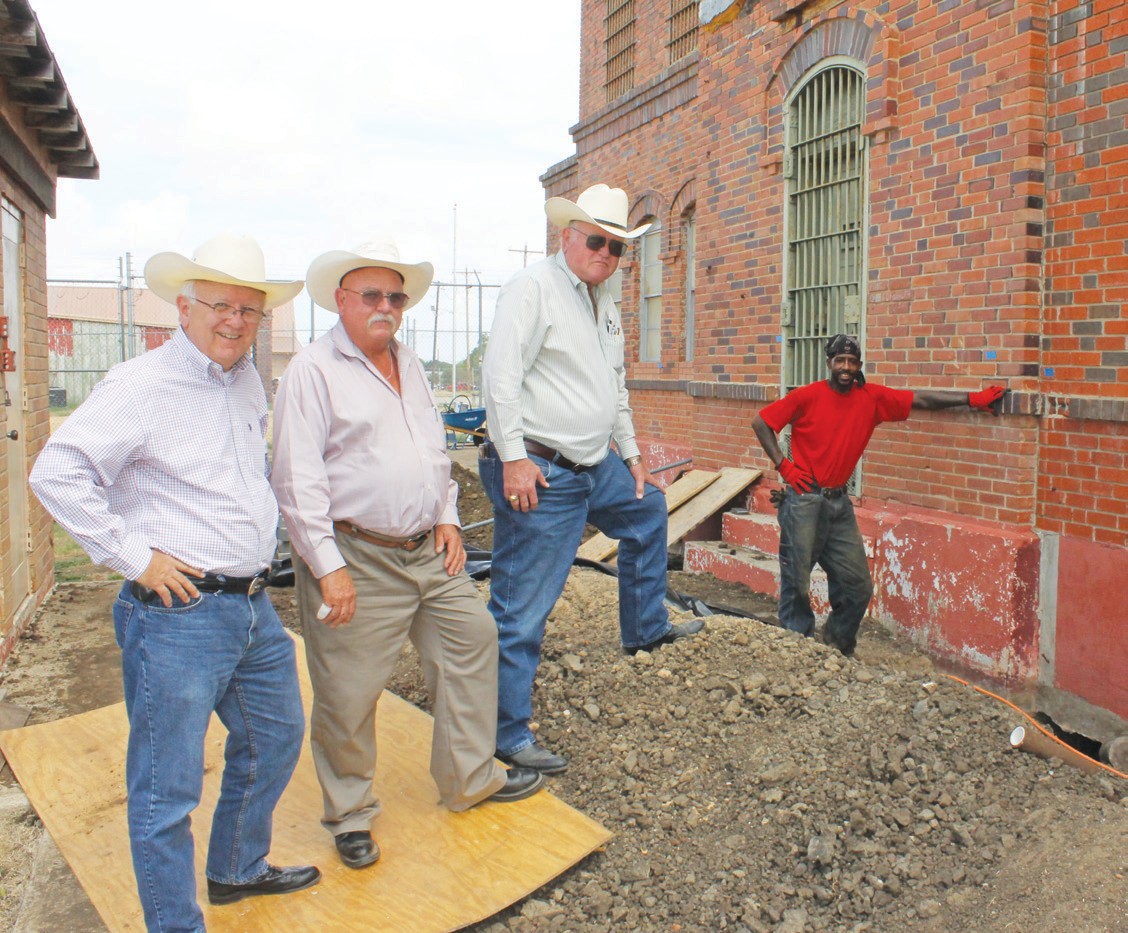