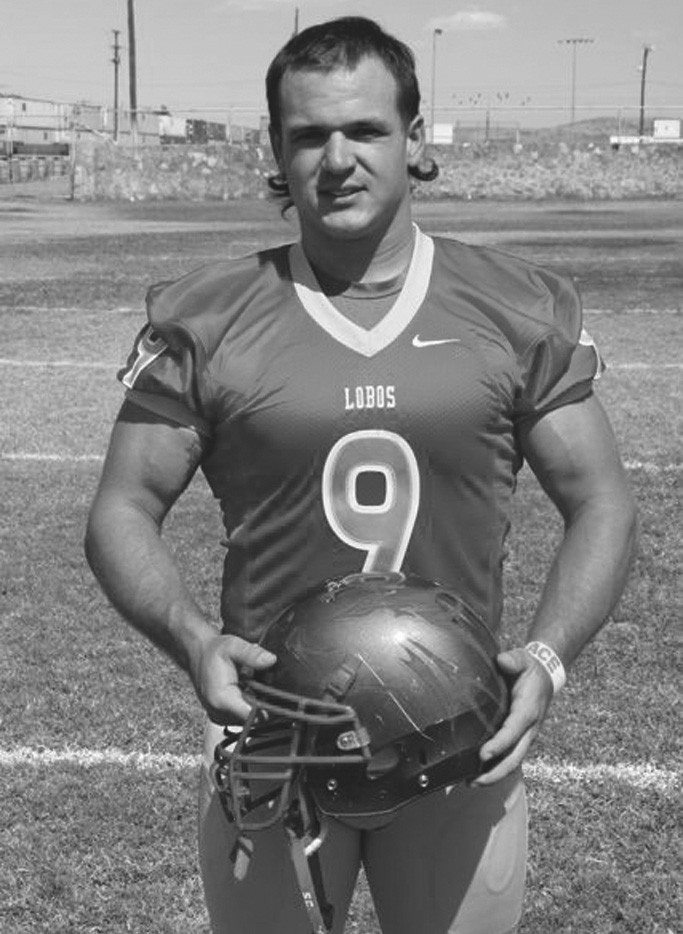 Former Pleasanton Eagle (2004-2008) Robert Pyssen is leaving his mark to say the least at Sul Ross State University. From starting his college career on the line to starting as a linebacker on defense for his junior and senior seasons, Pyssen has made an impact at this DIII University. Coach Wayne Schroeder had plenty of great things to say about the former Eagle as did Pleasanton Head Coach Tab Dumont who was asked about his performance back in high school.

A look back- Many of you will remember Robert Pyssen as he played for the varsity Eagles from 2005-2008 as a right guard and defensive tackle. Back in high school, Pyssen weighed well over 300 lbs, which made him special as a lineman for the Eagles ball club. He was named Honorable Mention All-State Right Guard his junior season in high school. During his senior season, he was named All-State 3rd Team Right Guard and Honorable Mention All-State Defensive Tackle.

“Robert played both ways for us. He played DT and Offensive Guard. He was a big part of our success that we had in the 2006 and 2007 seasons. He was a very coachable kid and played the game the right way- FULL SPEED,” stated Coach Tab Dumont when asked about Pyssen’s ability in high school.

Pyssen of course had great memories of Pleasanton High School. “I would have to say my high school overall highlight was being a part of the state semifinal team in 2007-2008. We had a lot of great games that season,” stated Pyssen.

Sul Ross State- This season, Pyssen entered his senior season with the DIII Lobos. Sul Ross is off to a 1-2 start as they fell in their opener to Western New Mexico University 35-25 before defeating Bacone 13-12, then falling to rival Howard Payne 17-9 last Saturday in Brownwood.

Pyssen was recruited by Sul Ross back in 2009, where he started his freshman season as a defensive tackle. During his sophomore season, he was moved to the offensive line, before being moved to linebacker his junior season. During his junior year, Pyssen led the team with 87 tackles which allowed him to be named as an All-Conference linebacker. This season, Pyssen has found himself starting as a linebacker once again. He has made quick impressions on opposing offenses.

During his second game this season against Bacone, he led the team with seven tackles. Last Saturday in Brownwood, he was even more impressive with 15 tackles.

According to Pyssen, from his time in high school to his senior season he has dropped 100 pounds, which has made a difference in his football career. Now Pyssen stands at 5’10” and 220 pounds which has made him very mobile at the linebacker position.

“It was a big transition going from the line to linebacker. The speed of the game changed a lot, but I am enjoying it. My goal is to try and make All-American this season,” added Pyssen.

“He brings a high level of commitment to our program and has since his freshmen season. He is a part of our leadership council and is a game captain for our team this season. Everything about him is something any DIII player would strive for. He has a high level of intensity and does a great job for our ball club,” stated the 4th Year Head Coach of the Sul Ross State University Lobos.

You can find more information, schedule and results on the Lobos on their webpage at www.sulross.edu/pages/6217.asp?ssid=4288 . Each week, we will have a “Pyssen Watch” section on our website as we will take a look at how the Lobos did and how Pyssen played defensively in the contest.

It is always great to hear stories like this on how a former Eagle/Lady Eagle has taken their game to the next level and achieved at such a status. This always allows Pleasanton, Texas to be put on people’s radar across the state and the country.

The Lobos will return for their home opener on October 1st as they host the Texas Lutheran University Bulldogs at Jackson Field.