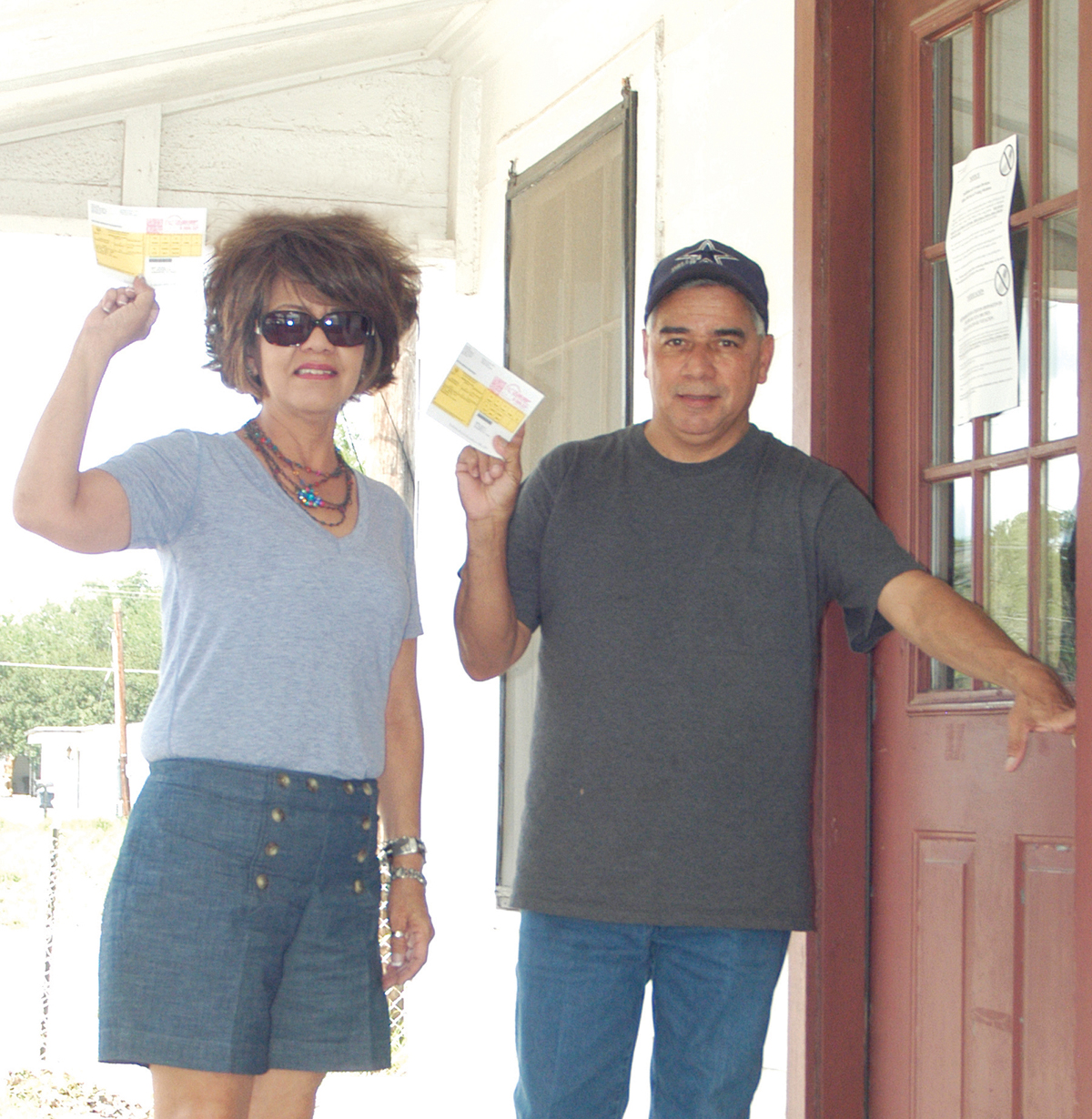 Jane Griego and Sammy Mejia proudly show their voter cards as they go to vote.

The brisk turnout of early voters made a difference in the elections held on Saturday, May 12 for the City of Pleasanton, City of Poteet and Poteet ISD.

These returns are unofficial until they have been canvassed.

The two initiatives on the ballot brought out 1,159 voters.

Over 61 percent (705) voted in favor of Initiative #1 (A resolution adopting the previously approved plans for the Community Center/Library), with 450 voting against.

Initiative #2 (an ordinance to close a small portion of Main Street directly in front of the Community Center/Library) received 628 votes (54.2 percent) for, 531 against.

Incumbent Abraham Saenz in District 2 won his seat by a narrow margin of 5 with 96 votes. Lonnie Gaither, his opponent, received 91.

Gaither has filed a petition for a recount. Details were not available at press time.

In District 3, Kathy Coronado was unopposed but received 278 votes.

Using new voting machines helped the counting process with nary a problem, according to City Secretary Cindy Urrabazo.

A $23.5 million bond was passed with a vote of 697 for and 230 against in the Poteet ISD election. The bond will be used to build a new football stadium, renovate the elementary, expand and resurface parking lots and expand their cafeteria .