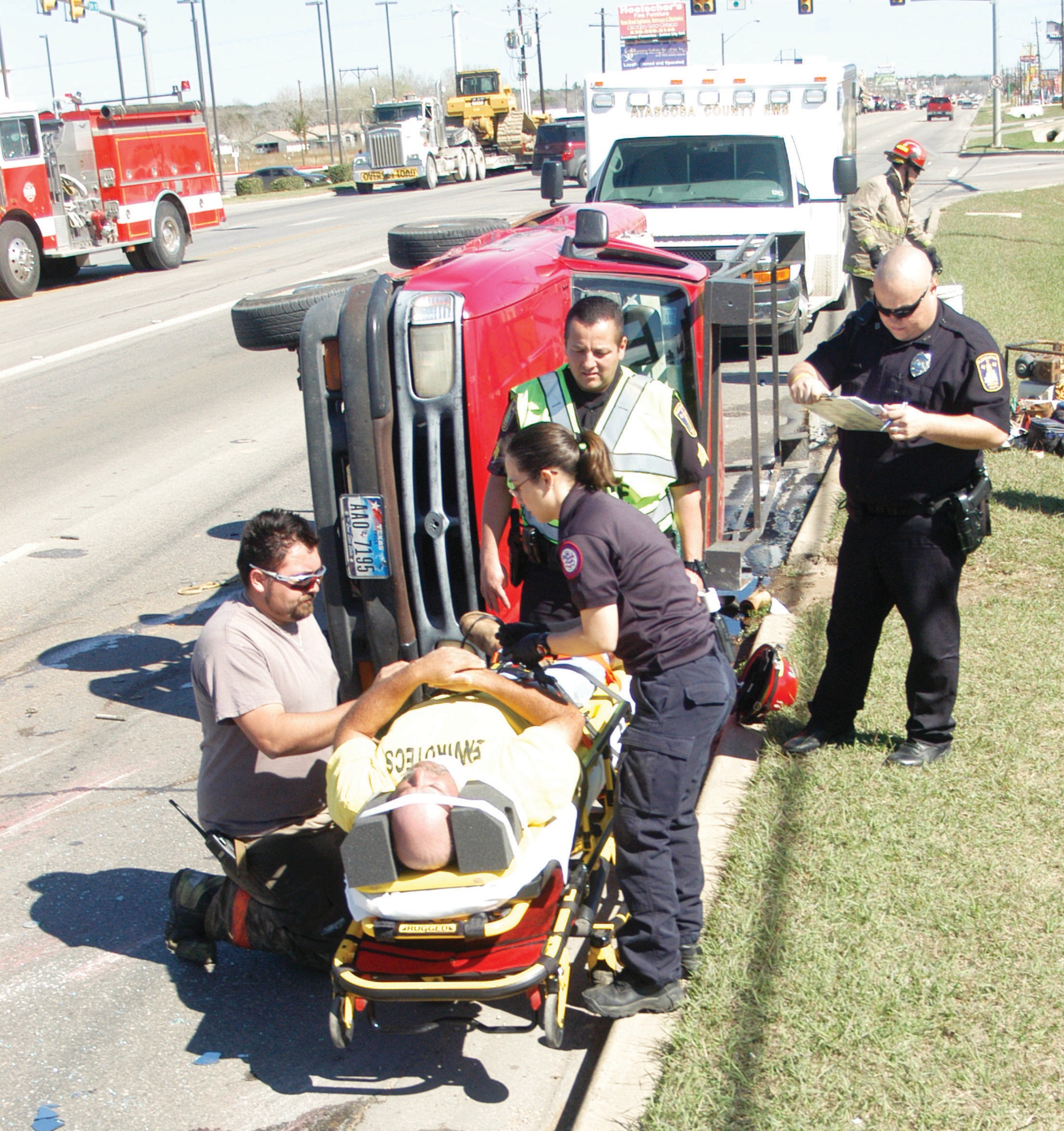 A wreck in front of Walmart occurred around noon on Friday, February 8. The driver of the blue Mazda van, Natividad Ontiveros-Contreras, turned in front of a red Mazda truck. The collision caused the truck to flip over on the driver’s side. The driver and passenger of the truck, Jose Efren Trejo and Rosendo Hernandez Sosa were both taken to South Texas Regional Medical Center. The Pleasanton Police Department were assisted by the Pleasanton Volunteer Fire Department.