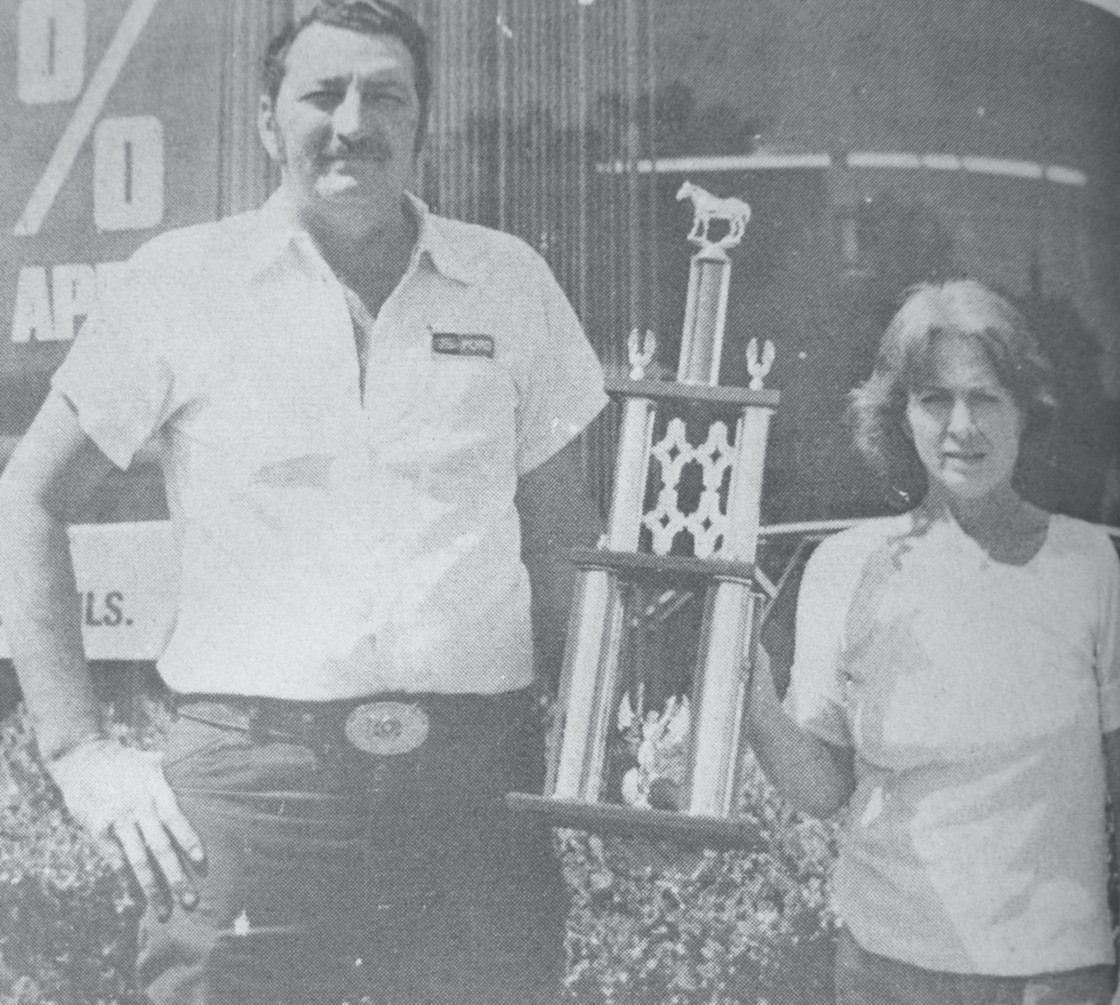 40 YEARS AGO – Jourdanton Days Chili Cook-off co-chairmen Malvin and Marty Prasifka show off the first place trophy that Malvin won this last weekend at Karnes City’s Crazy Red Horse Chili Cook-off. This win qualifies Malvin to enter the World Championship Cook-off which will be held in November. Remember the Jourdanton Days Cook-off is set for Saturday.

50 years ago this week

• Your herd won’t be quarantined if you find and report a case of screwworms among your cattle. Dr. Dennis Murphy, a member of the State Animal Health Commission stressed this point. Stockmen finding suspected cases of screwworms are being asked to obtain a sample and to call the screwworm eradication headquarters at Mission or to inform Pebo Coleman, Pleasanton screwworm inspector for the county, or County Agent Hollis Duke.

• Considerable interest is being shown in organizing a country club or recreation center that would provide swimming, golfing and ultimately a clubhouse in the Pleasanton community.

40 years ago this week

• Atascosa County Cattlemen’s Association is seeking to raise money to help purchase prime time to tell the cowmen’s side of beef prices. “We’re asking all cattlemen to contribute $1 per head,” said Edmund Tom, association president. He pointed out that it may sound like a lot but it isn’t when compared to what a market decline would cost.

30 years ago this week

• Highway projects reviewed – According to Gene Clement, Senior Resident Engineer for the State Department of Highways and Public Transportation, contractors are presently reviewing palns and specifications on a prospect project on State Highway 16.

The project is located in Bexar and Atascosa Counties and, when completed, shall provide a four lane divided highway from San Antonio to approximately four miles north of Poteet.

• Only 45 University of Texas junior and senior students have perfect all-A (4.0) academic records. They were named “Distinguished College Scholars” Saturday, April 18, at UT’s Centennial Honors Day. Among the scholars was Carol Ann Cuellar of Pleasanton, majoring in education. • Meredith Castillo, Poteet Elementary 5th grader and the daughter of Mr. and Mrs. Felix Castillo of Poteet, will be among San Antonio and surrounding area spellers gathering May 7, at Trinity University when the San Antonio Spelling Bee will be held. Meredith hopes to spell her way to Washington, D.C. in the National Spelling Bee.

20 years ago this week

• The City of Poteet has been awarded a grant in the amount of $250,000 for water system improvements, Mayor Robert Enriquez announced this week. The city received confirmation by letter last week from the Texas Department of Housing and Community Affairs in Austin. “The grant will be used to drill a new water well, put in a new filter system and a ground storage facility,” Enriquez said.

10 years ago this week

• The City of Jourdanton created a tree of heroes adorned with white lights and star ornaments that listed the names of local military heroes. • The core leadership team of Cowboy Fellowship has decided to begin a western heritage style church named “Cowboy Fellowship of Atascosa County”. The Baptist General Convention of Texas has supported a number of “Cowboy Churches” in the state and has pledged its support here. • For the 17th straight year, the Pleasanton Eagles have qualified for the state’s playoffs in baseball and will be meeting the Gregory- Portland Wildcats in a best two-of-three series in the bi-district round.

EACH WEEK we delve into the Express shelves for news of the past.