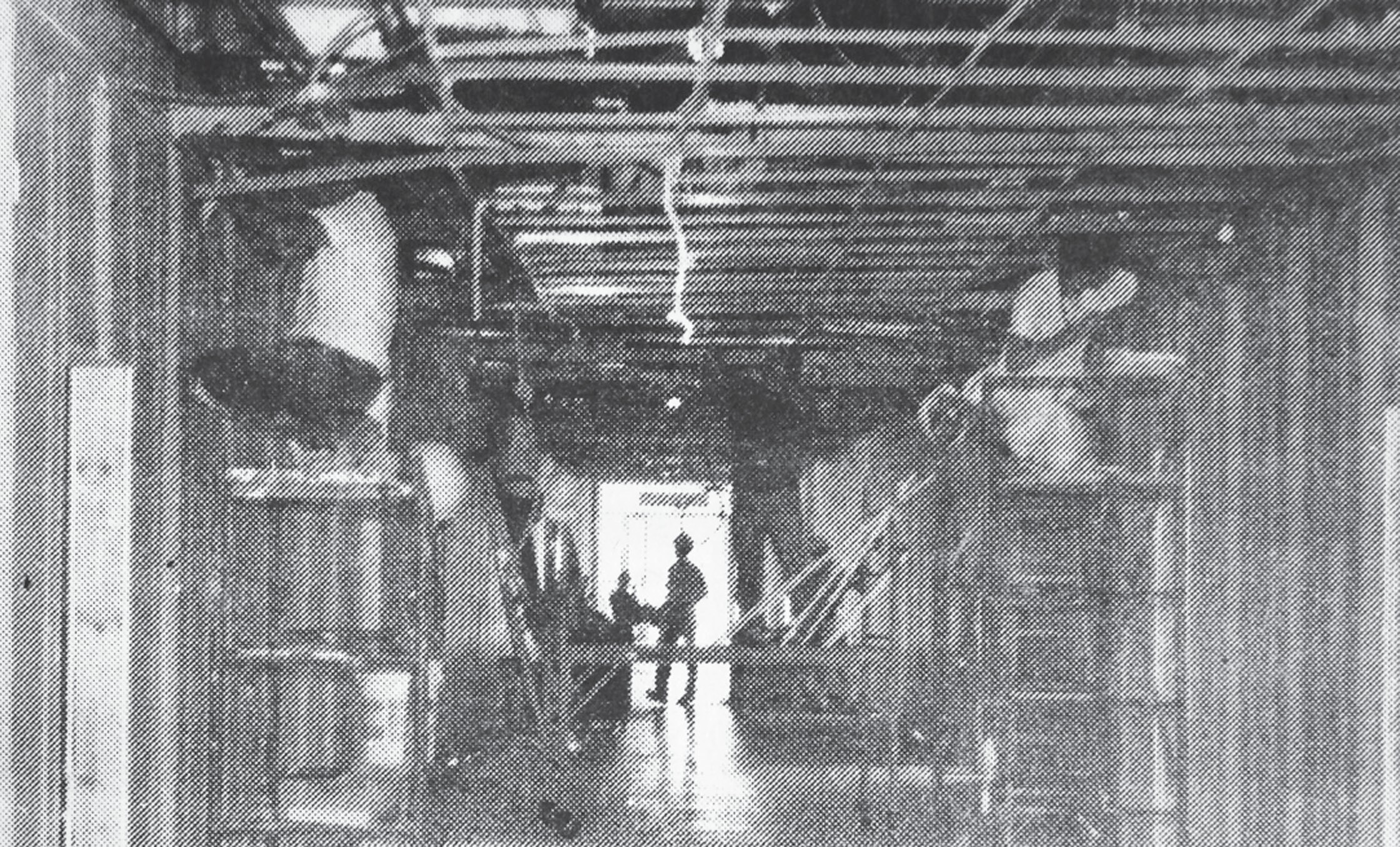 Pleasanton residents will vote soon on a $45,000 bond issue to build a new city hall. Meeting in special session, Tuesday morning, the council balloted unanimously in favor of calling a bond election. All of the councilmen were present except Ald. Marshall Henson. No date was set for the bond election.

Approximately two and a half miles of Carlon plastic pipe was installed recently on the Dick Prassel farm near Charlotte. The pipe line now transports natural gas from existing oil wells to four irrigation pumps to provide power for irrigation. Workmen laid the pipe on the Prassel farm, which is operated by Lawrence Finch and Wilson Winn. The pipe was installed by the K-T Lease Service of Jourdanton. Carlon pipe is just being introduced to this area by the Alamo Farm Machinery Co. of San Antonio. Its manufacturers claim that it lowers costs in enabling farmers and ranchers to tap oil wells or gas lines for natural gas.

Gov. John Connally announced this week that he will nominate three Pleasanton youths-one of whom is dead-to receive Young American Medals for Bravery. A posthumous award will be sought in memory of the late Paul Lambaria Jr., 17, who was drowned in the flood-swollen Atascosa River in May. Also nominated for medals will be Kenneth Anderson, 16, and Julio Huerta, 16, who figured in rescue attempts which saw Anderson almost drown.

Pleasanton had its third wettest May in history last spring-and the city has recorded only a half-inch of rain since then. The entire half-inch was registered in June. There has

At the regular meeting held on July 14, the Board of Trustees awarded a contract for four new classrooms for the Jourdanton Public Schools to James W. Cude, Pleasanton Contractor. Mr. Cude’s bid of $51,500 was low, of the eight construction firms submitting bids. Completion date has been set for Dec. 1. Superintendent William J. Brown has stated that the new building will actually consist of two large classrooms, two small classrooms, one medium sized classroom and two offices. This building will connect with the newest eight classrooms on the south side of the school plant and will be connected to the Jr. High School building with a covered walk. Supt. Brown stated that growth in numbers of students was not the reason to build, but that new educational programs demanded more space.

Swearing in ceremonies for Olin B. Strauss will be held Thursday, August 1, 1985, at 3 p.m. in the District Courtroom at the Atascosa County Courthouse. Strauss, Atascosa County Democratic Chairman, was appointed by Gov. Mark White to succeed J. Taylor Brite as judge of the 81st Judicial District. Judge Brite, whose retirement becomes effective August 1, will preside over the swearingin ceremonies.

Just when educators, students and parents had become familiar

with Texas Assessment of Basic Skills (TABS) and its test, the legislature has changed everything. Beginning in the 1985-86 school year, TABS will become TEAMS, Texas Educational Assessment of Minimal Skills. The new and reportedly harder tests will be given to oddnumbered grades, one, three, five, seven, nine and exit level. In October, 1985, all eligible Texas Eleventh graders will be given the exit level (12th grade) test.

The Pleasanton Cowboy Homecoming is going big time this year. One of the industry’s and the nation’s top Tejano-Country & Western bands, David Lee Garza y Los Musicales, will play for the Homecoming’s Saturday night dance, August 19. An Atascosa County native, Garza was born and grew up in Poteet, a community he still proudly calls home. By the time he was eleven, David Lee was following in his father, Tony’s, footsteps and playing music at every opportunity. The musical instrument of choice was the accordion and his proficiency with his

instrument is recognized as unchallenged by the music industry.

Poteet Public Library was one of the 37 libraries statewide to be honored with a Texas Book Festival grant at the annual convention of the Texas Library Association in April. The 2004 Texas Book Festival will award a total of $125,000 to 37 libraries throughout the state. Several of this year’s recipients will be recognized for benchmark projects in literacy and technology that can be replicated at other libraries. Since 1995, the festival has raised over $1.65 million for 500 libraries statewide. The 2004 Book Festival was generously underwritten by SBC.