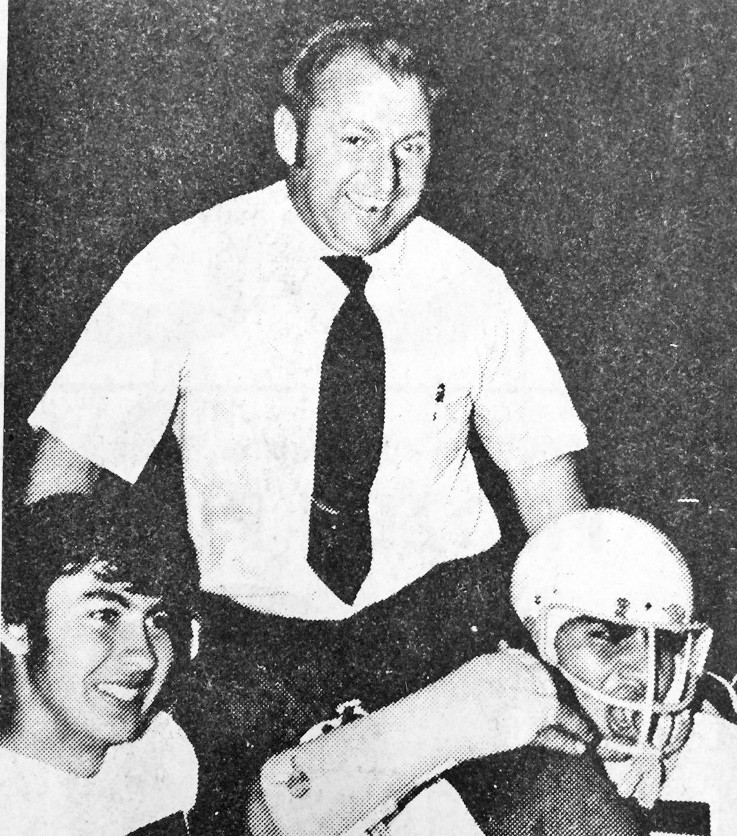 Coach beams after victory-Ricky Guerra and Ralph Lugo hoist their coach, Larry Tate, after their big victory over Smiley, Friday night. It clinced the 15-B title for the young Trojans and their first Championship in 14 years. Express photo originally ran in the November 19, 1975 edition of the Pleasanton Express.