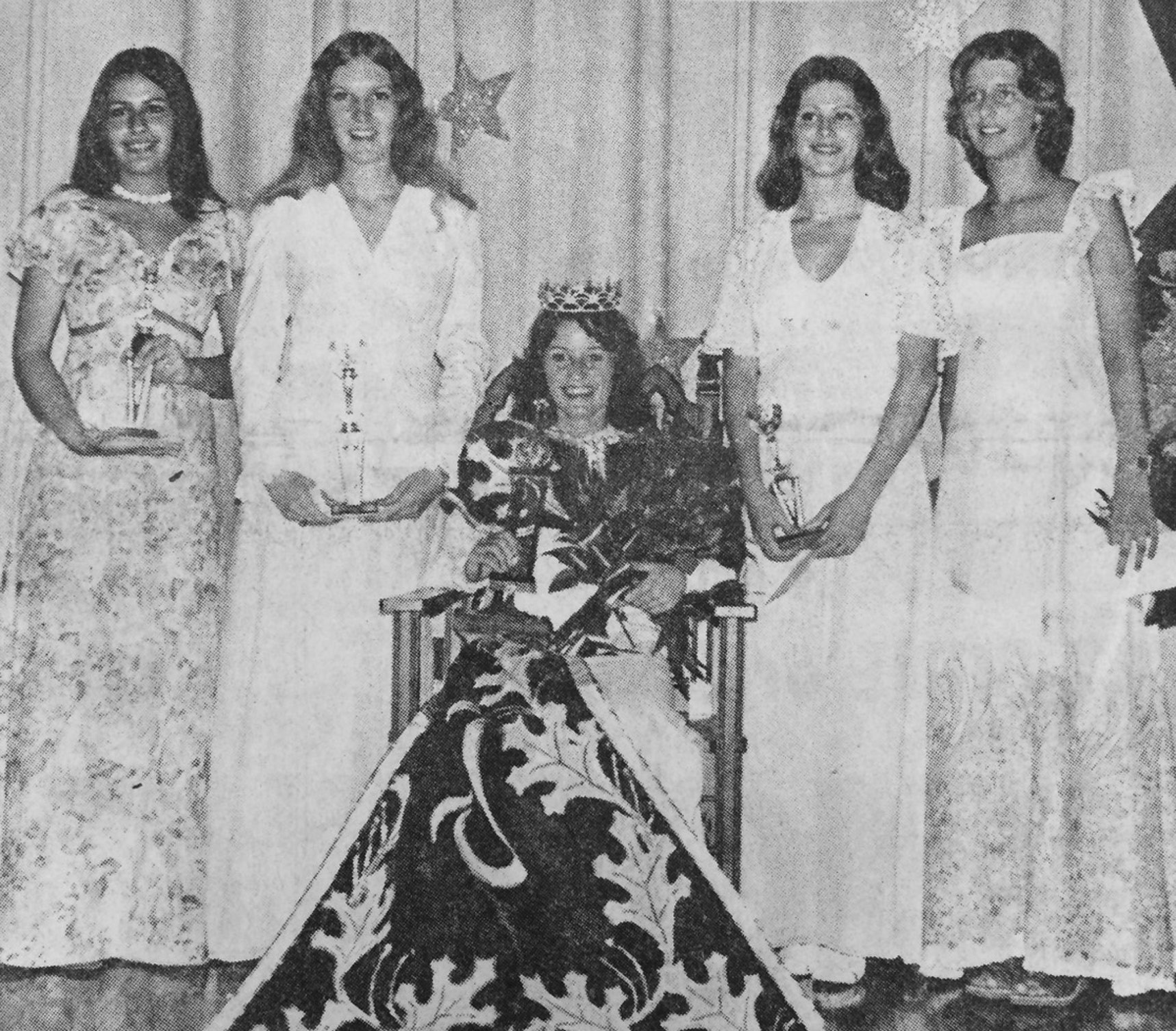 Larry Persyn of Leming, member of the Pleasanton FFA chapter, is among the nine Texas youths who will compete in the state plowing contest for a new Ford tractor. A county winner, Larry won the area contest Monday held at Southwest Research Laboratories in San Antonio. He competed against six other boys in competition representing 40 South Texas counties.

Construction will start soon on a new combination band hall and field house for the Jourdanton school district. The cost of the new building will be $38,573, according to Supt. George Bohl. The contractor is the Commercial Construction So. of San Antonio with 100 working days to complete the building.

Atascosa County, which has had recorded production since 1917, has had a total crude oil output of 67,429,000 barrels at the rate of 9,000 barrels per day. These figures come from the Texas Mid- Continent Oil and Gas Association which notes that Texas had produced more than 27 billion barrels of oil during the past 69 years, resulting in a statewide distribution of income that currently averages about $3 billion a year.

Constable George Hindes, 55, died under a fusillade of bullets outside of a Charlotte tavern here Sunday night about 11 o’clock. Charged with murder in connection with Constable Hindes’ death is Elias Garcia, 35, who was arrested by officers at Cotulla about two hours after the shooting. His 25-year old wife, Margarita is being held as an accessory.

Atascosa County Troupe is producing a musical comedy variety show Saturday, June 21 in the Pleasanton High School auditorium at 8 p.m. Proceeds from the show will be donated to the Bicentennial committee. Among the projects the Bicentennial committee is sponsoring, is a proposed library building to be built as a memorial to the local 200th birthday celebration. The show, entitled “200 Years ago,” features 37 variety acts on the theme of American history and culture.

With the passage of Senate Bill 1, the Texas Indigent Health Care Bill, you can almost bet money on a sure thing that Atascosa County Taxes will increase next year. Atascosa County Judge O.B. Gates, like other South Texas county officials, is incensed and indignant at the arbitrary assessments levied at his county. The new indigent healthcare law, approved by a recent session of the Texas Legislature requires counties without public health facilities to reserve 10% of their general revenue funds in order to pay the medical and hospital bills for indigents. The law will become effective on Sept 1. 1986, a little over a year away. Only counties such as Bexar and Wilson, which maintain county wide hospital districts, are exempt.

The Korean War interrupted the promising teaching career of Poteet’s new school superintendent. William I. “Bill” Hogan had been teaching junior high school math at Harlandale in San Antonio for two months in 1950 when he was called into the United States Army. He spent the next two years of the Korean War in Colorado and Alaska. Fortunately during this period Hogan had an opportunity to do post graduate work and upgrade his certification. The new Strawberry City School superintendent, the son of Rev. C.A. and Mary Martin Hogan, was born at the small community of Woodward, ten miles from Cotulla in La Salle County. He graduated from Harwood High School and earned a Bachelor of Science degree in math at Southwest Texas State University in the summer of 1950. Shortly thereafter he was on his way to Alaska.

The Bluebonnet League defending champion Pleasanton Colts have made the playoffs for the 1995 season and will play the Kosciusko Red Sox Sunday in Kosciusko in a best two of three series. The Colts capped the regular schedule by getting past third-place Kenedy, 10-7 Sunday and will go into the playoff season with a 5-5 record and a two-game win streak. Kenedy finished at 6-4 and will play Cestahowa in the playoffs.

Atascosa County Deputy Craig Johnson was called to Atascosa Dodge/Chrysler dealership on Monday, June 6, to investigate what turned out to be a theft (over $20,000). Those at the dealership told the officer a 2001 Dodge pickup that had been parked on the dealership lot had been stolen sometime during the previous two days. Sgt. Inv. Jake Guerra was assigned the follow-up investigation and within a short time had identified a suspect and obtained an arrest warrant charging the suspect with theft (over $20,000). So far, law officers have not been able to locate the suspect in the case.