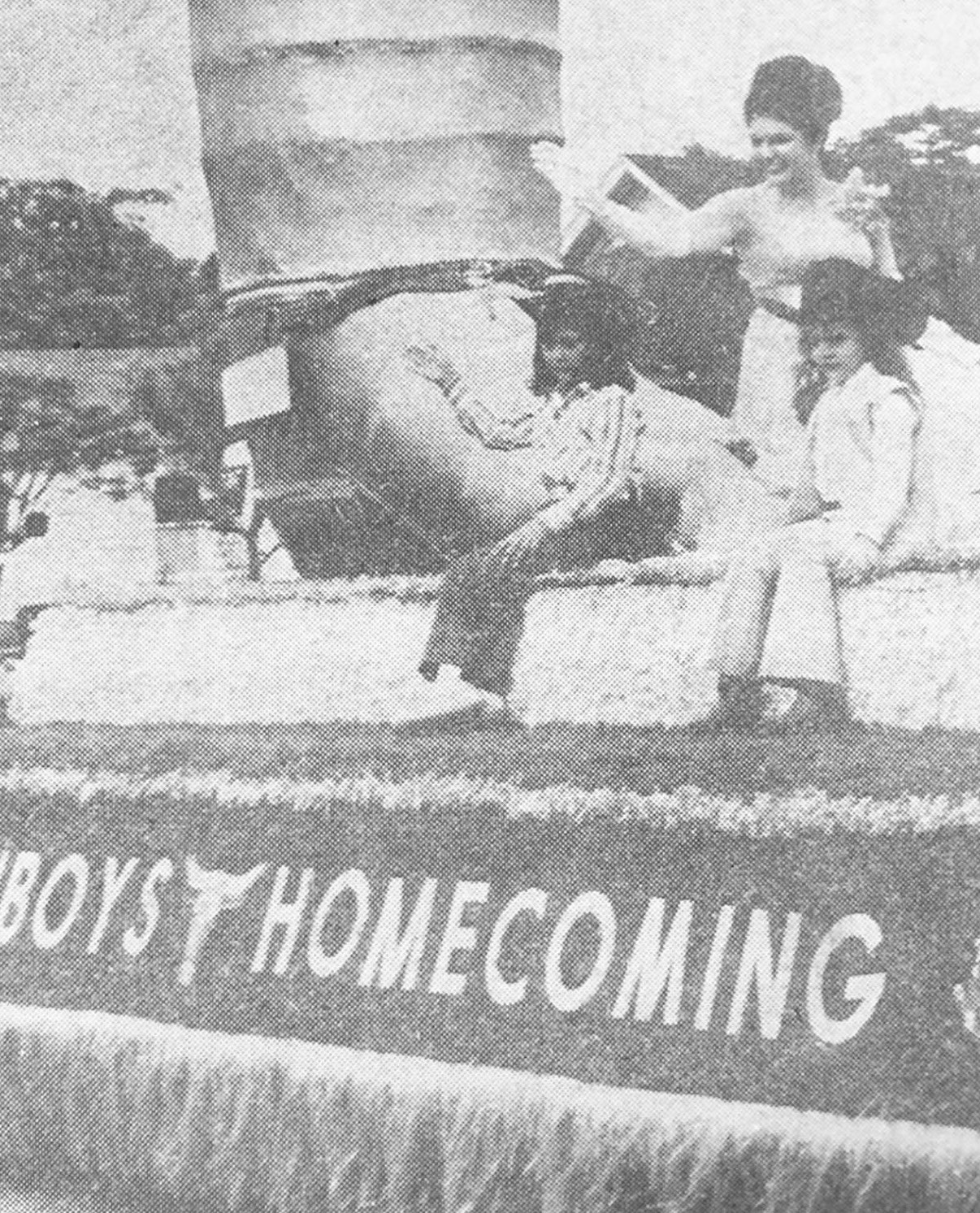 Two witnesses were driving by as three men pulled a man’s body out of a car and dumped it beside FM-3006 just a few feet from the eastside entrance ramp to IH-37 on Easter Sunday. Chief Deputy David Soward said things were peaceful around the county until the call came in from witnesses at 5:35 p.m. Sunday. The body was identified as Ricardo Sanchez Lara, 47, of Matamoros, Mexico. Deputies Craig Johns, Danny Zertuche and Sgt. Wayne Stratton, along with DPS Trooper Art Noell responded to the scene. They were later joined at the scene by Chief Deputy Soward, Asst. Chief Deputy Steve Gonzalez and Deputy Frank Serrato. The man’s body was partially clothed and had no identification. However, a piece of paper in the man’s pocket did have telephone numbers which have lead investigators to possible family members in Mexico.

Not all television is bad for youngsters. Ask Ray and Patsy Cantu of Charlotte. Because of a popular television program, “Rescue 9-1-1,” their six-year old daughter saved their little son’s life. As a result of this heroic act, Desiree Cantu, has been singled out to receive the prestigious Crossroads Award for 1996. Desirae and Rene were playing together about 7 p.m. on the evening before Thanksgiving while their father watched television in the next room. The children were munching mini-carrots when suddenly, Rene became choked. Without giving it a thought, Desirae grabbed her little brother around the waist and performed the Heimlich Maneuver, ejecting the offending piece of carrot. It seemed that Desirae has seen the Heimlich Maneuver performed on “Rescue 9-1- 1” repeatedly and knew exactly what to do when the carrot stuck in Rene’s throat and stopped his air flow.

Julius Vrana holds a unique position in Poteet. He is the only person who has worked both sides of the fence in producing the annual Poteet Strawberry Festival and also in producing Poteet strawberries. Vrana was an employee of Central Power and Light Co. when the company transferred him and his wife, Cricket, to its Poteet office in July, 1960. Vrana joined the Poteet Rotary Club and in 1961 worked in helping stage the first Berry Festival. In 1964 and for two more years, he served as president of the Poteet Rotary Club and, as such, was responsible for coordinating the entire event, no small task. He was elected club secretary/ treasurer in 1967, a position he still held in 1970 when his daughter, Becky Vrana Meuer, now of San Antonio, reigned as queen of the 23rd Annual Berry Festival. Vrana resigned from the club in 1971 and sometime later became a Strawberry grower himself. The first year he submitted an entry in the strawberry contest in 1983, his crate of Douglas berries, which were new to the area that year, won reserve championship.

Among the judges of the Jourdanton Days Beauty Contest next weekend will be a bandleader, an Air Force pilot, a recording artist and the owner of a bus who is temporarily driving a car from town to town. The four are all one person: Johnny Lyon, leader of the Country Nu- Notes, the popular Central Texas western dance band that will be playing for the Jourdanton Days street dance Saturday night., Keeping her eye on Lyon while he keeps both eyes on the beauty contest will be Janet Lynn, the dynamic Country Nu-Notes vocalist. Miss Lynn has released her own album, “Promise Me Anything,” while she and Lyon have teamed on a second long-play disc, “Makin’ Country.” They have also released a number of single recordings, several of which have zoomed to top rating on area radio stations. Lyon is a man in perpetual motion. An Air Force major and instructor at Officers Training School at Lackland AFB near San Antonio, he takes his band on at least three engagements a week to large and small cities throughout Central Texas, including Austin, San Marcos and San Antonio’s Golden Stallion and Farmer’s Daughter Clubs.

At their last meeting held on Easter Sunday, the Mercy Hospital Junior Auxiliary honored Roger Castillo. Roger was one of the servicemen to whom the Daisies had sent a gift package and from whom they had received a lovely letter of gratitude for their remembrance of him. After a brief business meeting, Roger was introduced to the Daisies and he then told them many interesting things about the Vietnamese people and their customs. He mentioned that Atascosa County was well represented among the servicemen in Vietnam and made special mention of Dorrie Monroe, whose little sister, Gwen, is a member of the Daisies. After his talk, the Junior Auxilians presented Roger with a large Easter basket decorated with Daisies on top of the Easter Candy in the basket, the Daisies had put a toy bunny with a small American flag. Pictures of Roger with the Easter basket were taken. Later, pictures of all the Daisies and Roger were taken on the hospital lawn. The pictures will be put in the Daisy scrapbook.

Atascosa County soon will begin distribution of surplus foods to farmers and others whose standard of living has been slashed by the drouth. The county commissioners contracted Monday with the Texas Welfare Agency to obtain surplus foods for an estimated 5,000 persons. Applications are being taken today (Thursday) and Friday in the county agricultural building at Jourdanton. More applications will be taken on Monday and Tuesday, April 23 and 24.