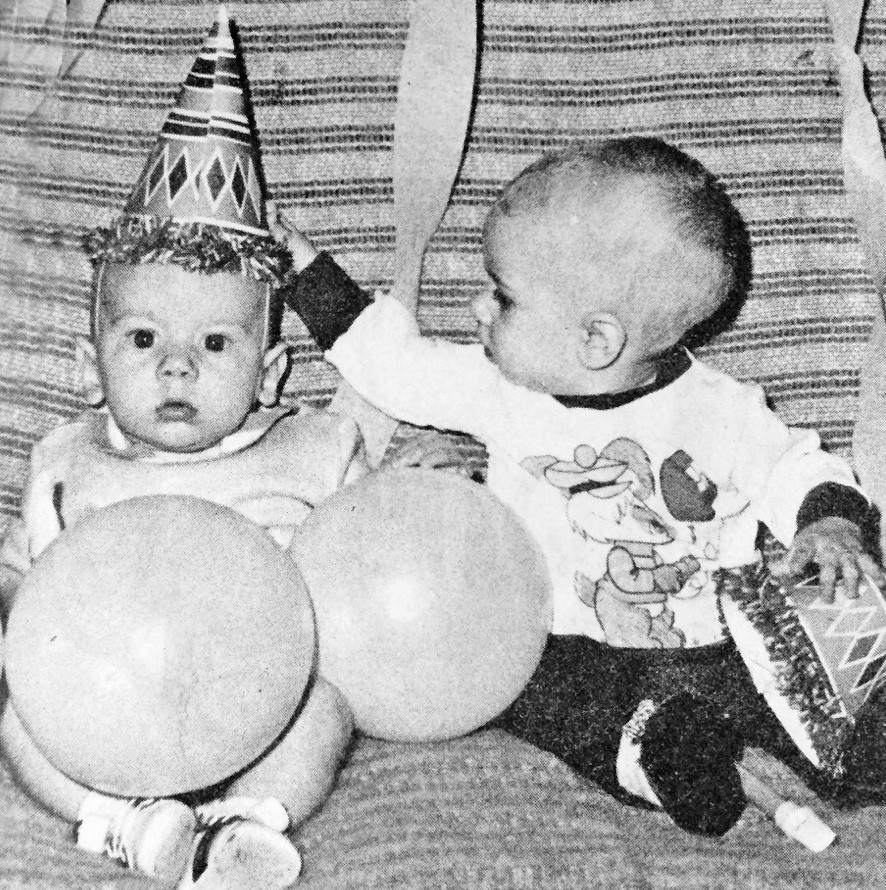 It’s a new year, babies! Kelly Dwyer and Andy Bryan, grandsons of Mr. and Mrs. Frank H. Perkins Sr., do not really understand what all the fuss is about with paper hats and balloons. But it doesn’t matter, the things make great toys and the boys love every minute of it! Photo originally ran in the Jan. 1, 1975 edition of the Pleasanton Express.