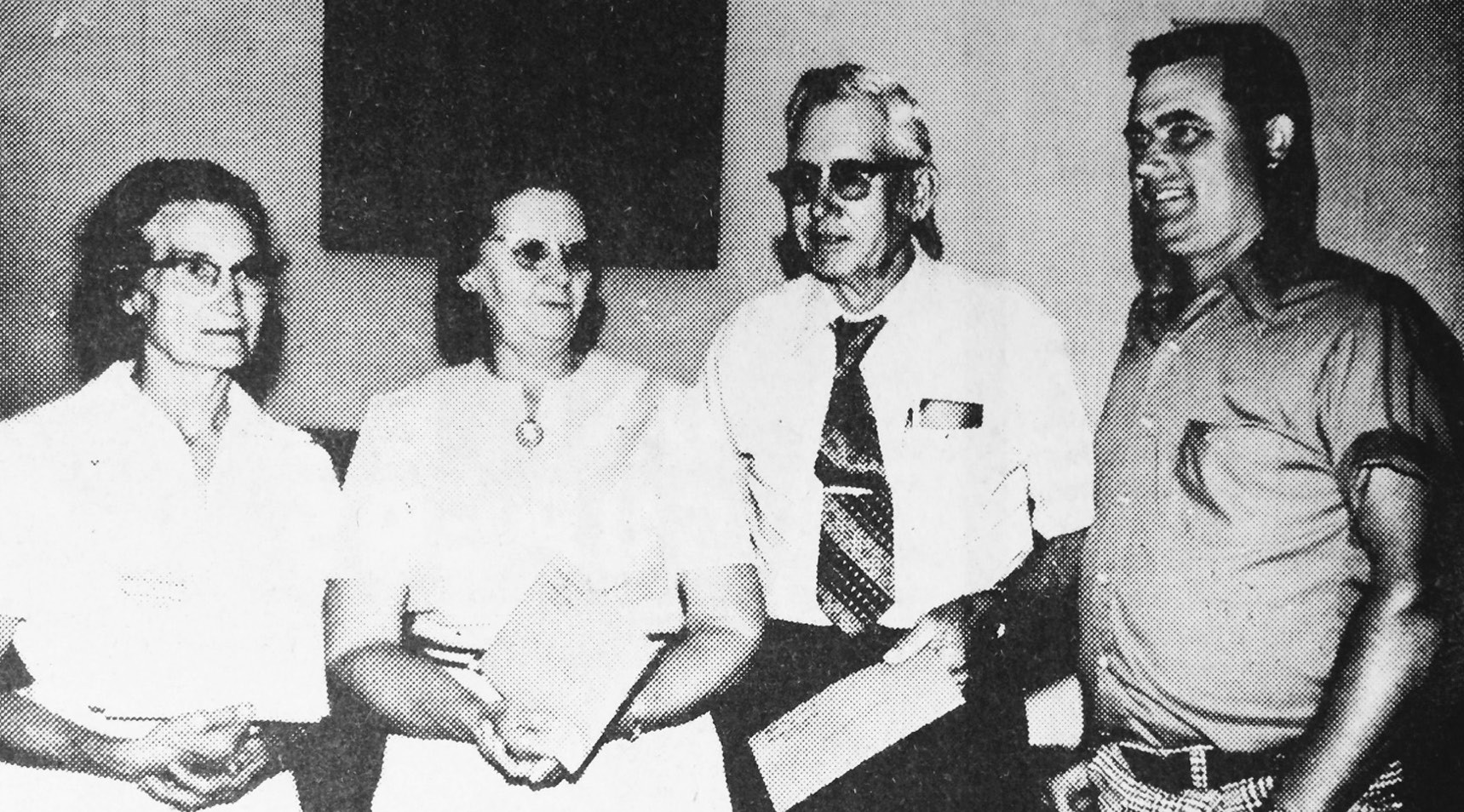 Some 500 persons greeted Dr. and Mrs. Milton F. Parker on Thursday evening when they were honored by the Women’s Auxiliary of Mercy Hospital with an informal reception at the Jourdanton Reception Center. A festive air was lent to the occasion by the music of the Jourdanton High School band, which played on the lawn amid colorful garden lighting.

An estimated 1,000 persons turned out for the gala Silver Anniversary celebration of the Atascosa County Soil and Water Conservation district here Thursday night. Among them was Gov. John Connally, who was featured speaker at the birthday party, a highlight of Soil Conservation Week as proclaimed by county judges of Atascosa, Medina, Frio and McMullen counties. It was Gov. Connally’s first official visit to Atascosa County and marked his first public appearance since he announced for a third term.

Concern over a recent rash of burglaries was expressed by Pleasanton City Council members who met last night. “We’ve decided to write Sheriff H.H. Coward to see if a full-time deputy can’t be assigned here permanently,” said Mayor Richard Wehman, who noted that several other county areas do have such deputies. Police Chief Joe Sanders is now Pleasanton’s only city-paid officer. The council talked of the possibility of enlarging the police department to include another man or to hire a night watchman. City finances make council members hesitate for such a move. Mayor Wehman said that night policing of Pleasanton is difficult because of the scattered business areas. He pointed out that the burglaries have occurred at widely separated spots.

4-H boys and girls throughout Texas and the nation will join in a salute to America’s Bicentennial celebration during National 4-H Week, Oct. 5-11. annual observance, with this year’s theme of “4-H ’76…Spirit of Tomorrow,” is designed to accent the history, ideals and goals of the 4-H program, points out Dr.

Don Stormer, state 4-H and youth leader with the Texas Agricultural Extension Service. “Many county groups are planning special events, service projects and recruitment drives during National 4-H Week,” notes Stormer. “It’s a special time when 4-H is recognized for its contributions to the growth and development of youth.

Pleasanton Eagle Freshmen came from behind Thursday night to defeat Southwest Frosh 12-7. Pleasanton received the kickoff and John Reese made a good return to the 35 yard line. On the next play Reese gained 11 more, and then added 5 additional yards. However, a holding penalty put the ball back 15 yards and Pleasanton fumbled. Southwest moved in for the score to lead 7-0. Eagle Freshmen got their offense started and marched 56 yards for a touchdown. Duward Gaschscoredona5yard sweep, behind the good block of John Sanchez. Extra point attempt failed and the Frosh still trailed 7-6.

High water and isolated high winds struck Atascosa and McMullen counties last weekend as a strong cold front swept down from Canada to bring needed rain to the Brush Country. Poteet was singled out for special notice by the elements by what some citizens are terming “a small twister” which wreaked havoc with numerous trees in the city. In all, from Wednesday through Sunday night, Strawberry City rain gauges measured from 4 to 4.5 inches. The wind storm hit about 2 a.m. Sunday and almost every home with trees lost limbs. At least two homeowners, Bryan and Jean Crouch and Mrs. Russell Lehmberg, lost enormous trees in their yards. Fortunately, neither tree fell on the homes.

in Atascosa County, according to Ranger Capt. Jack Dean of San Antonio. Dean said that the Rangers are investigating an allegation of missing money from the district clerk’s office funds and have also had requests for an investigation in reference to county officials. The Ranger investigation into the district clerk’s office funds is presently awaiting the results of an outside audit being conducted by Bill Havins of Harris, Havins & Co. in Pleasanton.

Circle Friday, October 6 and Saturday, October 7, if you like an old-fashioned, South Texas good time. Those are the days Tilden has chosen for its 1995 Dogtown Days and the Dogtown Days schedule is a varied one. On Friday, October 6, dyedin the-wool hunters will have an opportunity to participate in the Hunters Symposium, 9 a.m. – 3:30 p.m. at the McMullen School Auditorium. The fee, which includes a steak lunch, for the symposium will be $35 per hunter. Appearing at the symposium will be such noted speakers and authors as Horace Gore, wildlife biologist; Fred Guthrie, chairman, Department of Animal and Life Sciencesprofessor, Texas A&M University.

In today’s world, everyone is in a hurry and although often discussed, customer service is typically sacrificed at the expense of speed in the fast food industry. Sonic Drive-Ins couldn’t disagree more. In the next few months, Sonic employees all over the United States will be focused on S.O.N.I.C; Speed, Order, Accuracy, Noteworthy service, Incredible food quality and Clean environment. Reaching to achieve the best S.O.N.I.C. service will help a select number of Sonic Employees win national recognition and a trip to Sonic’s 1996 National Convention Feb. 18-20 in Nashville.

The calmness in Pleasanton was shattered Wednesday morning, September 21, when

A Small plane crashed in a field on the southwest edge of the city. The crash of the small single-engine plane occurred just after 11:30 a.m. when it struck a large electrical junction line, rolled over, landed upside down and burst into flames. The leased aircraft was used by the Stinson School of Flying which operates from Stinson Field in south San Antonio. On board were the school’s flight instructor, James L. Weaver, age 64, and student Taryn Robinson, age 22.

Tuesday, September 20, was a trying day for Alfred Fahrig, who lives in Seguin. Fahrig was at the Atascosa Livestock Exchange (ALE) moving cattle from one

pen to another when a big Beefmaster bull with big horns turned on him. The bull gored him in the right abdomen, groin and thigh. The abdominal injury was so severe that it exposed Fahrig’s intestines. Everyone hearing the commotion began running to his aid. According to ALE employee Janie Sue Garcia, Jeremy Garza got to the scene first and managed to get the bull to move out of the pen. Apparently, the bull had lost interest in his charge and was just wandering away.