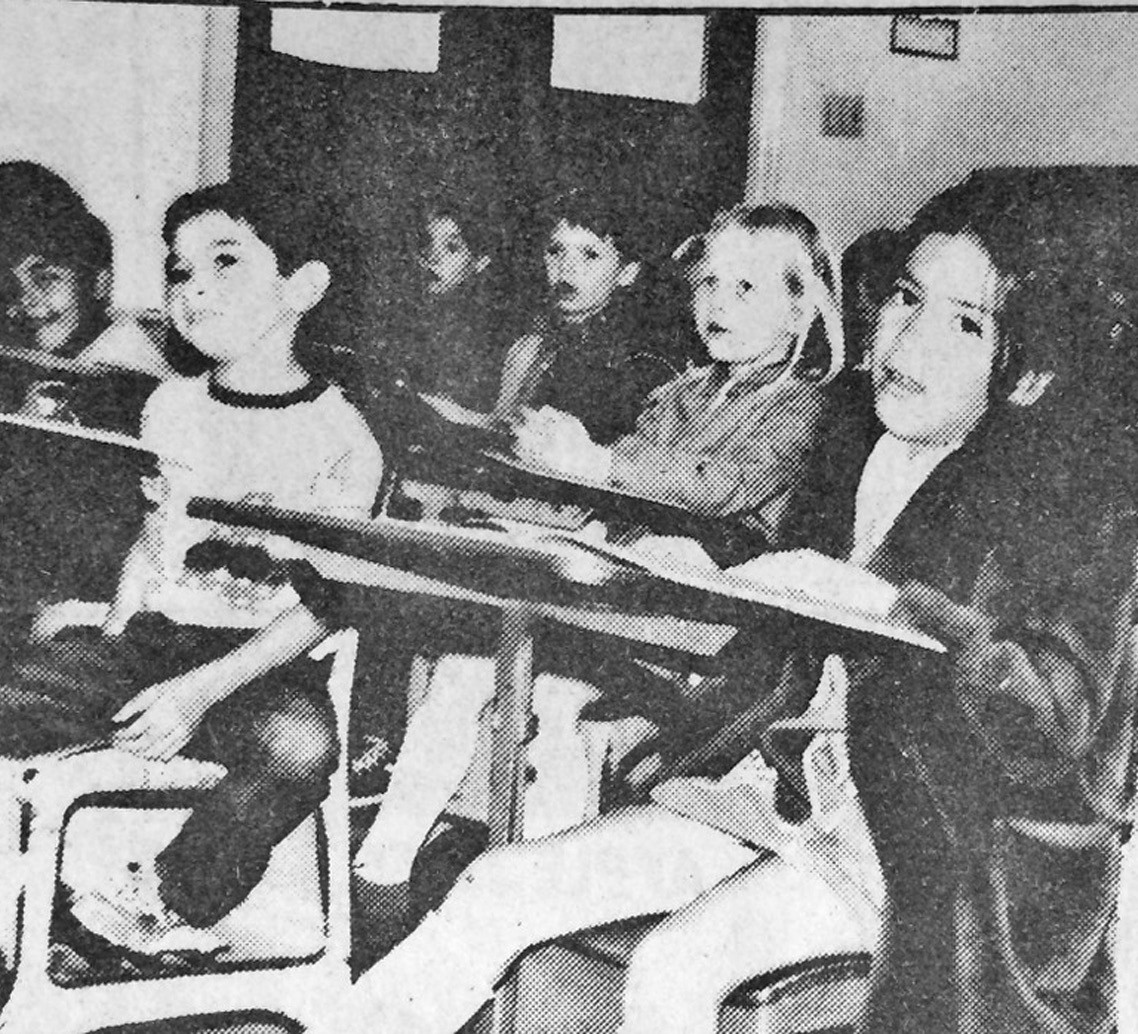 These are citizens of tomorrow-First graders sing out at Pleasanton Elementary School. Express photo originally ran in the November 26, 1975 edition of the Pleasanton Express.

shortly after midnight. The pair ran when Hurley challenged them. He fired once and one of the men surrendered. The other ran into a nearby brushy lot and disappeared. Other officers were called. A continuous patrol kept the area, where the suspect was thought to be hiding, under surveillance until daylight. Shorlty after daylight the officers moved into the brush seeking the suspect. Murphy found the man asleep on the ground in the midst of cactus and catclaw.

Pleasanton High School Eagle Band made it 22 straight as they captured two “Number 1” ratings at the University Interscholastic League Inspection and Marching Contest,

Thursday in Karnes City. This string of first places for the outstanding Pleasanton Band starting in 1954, the year after Band Director Doug Williamson returned from serving in the USAF. All three judges in the marching contest and the inspection judge rated the Eagle Band a first division.

The 1995 Atascosa Courthouse Christmas Lighting Project, thanks to the dedication of the Lighting Committee and its chairman, Patsy Tymrak Daughtrey as well as those who are supporting it with their donations of gifts, time and equip-

ment, is beginning to take shape. Tymrak Daughtrey announced this week that an order for 1,440 feet of electric wiring and 3,000 bulbs has been placed and delivery of the order is expected before Thanksgiving.

A San Antonio man convicted by an Atascosa County jury was sentenced to prison Friday, November 18, on six burglary of a habitation charges. The arrest was the result of an extensive investigation by Atascosa County Sheriff’s Department’s Criminal Investigation Division. The defendant, Ernest Guerra, 34, San Antonio, was arrested November 26, 2005 and was charged with eight counts of burglary of a habitation. Also arrested in the investigation were Guerra’s two brothers, Alejandro and Raul, also of San Antonio.