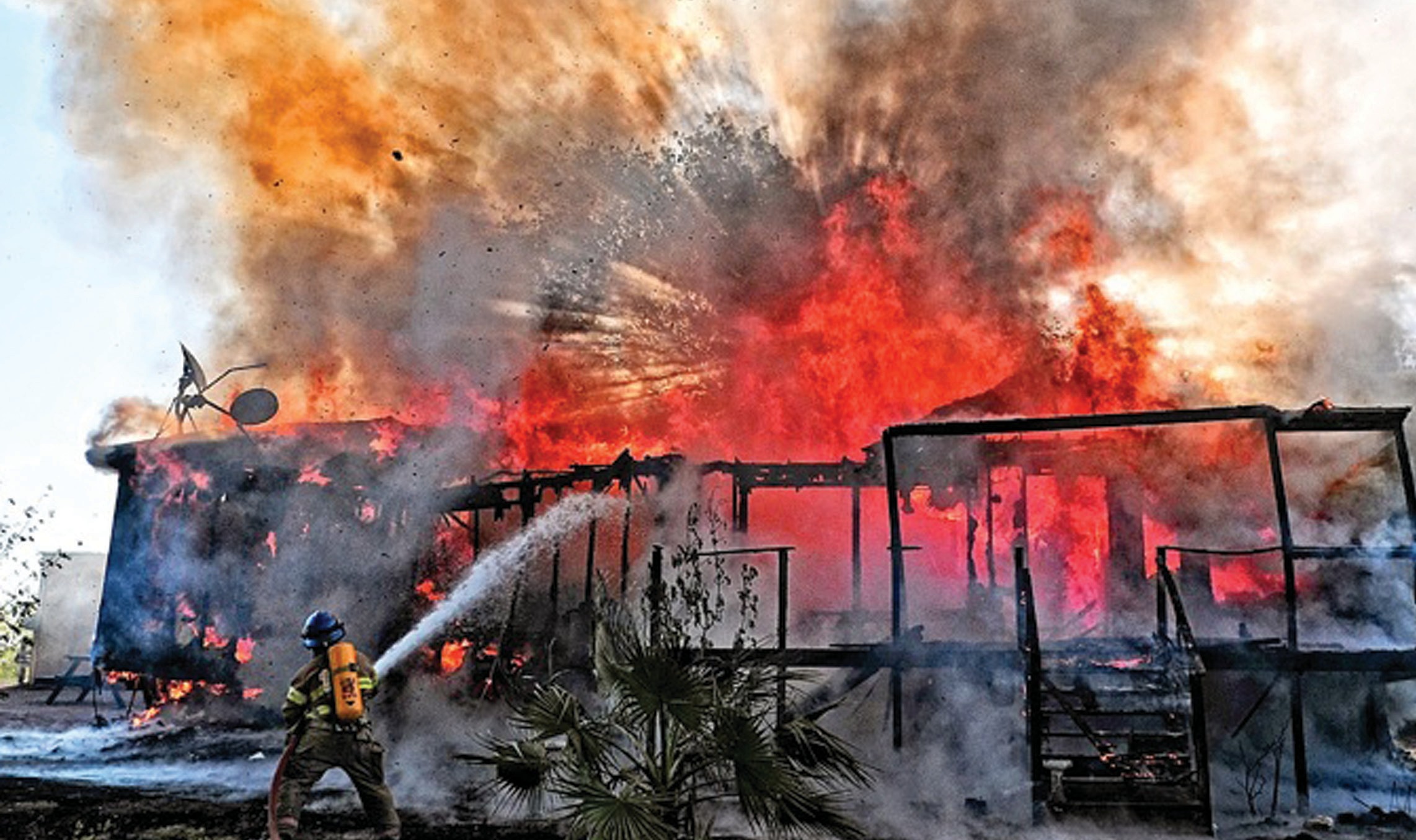 Another structure fire in the Poteet area occurred Tuesday morning.

This is especially true for the Poteet and Primrose area, which has had two structure fires since Friday.

On Tuesday, March 26, Poteet, Primrose and Pleasanton VFDs responded to a structure fire at about 8 a.m. Everything was lost in this double-wide mobile home fire, located at Oak Creek Estates, about two miles north of Poteet. Atascosa County Fire Marshal Chuck Garris said the cause of the fire is under investigation.

On Friday, March 22 at 6:03 a.m. there was a large structure fire at 2068 Royal Oaks. Assisting was the Primrose VFD. Garris said the cause of the fire was electrical issues.

Poteet Fire Chief Curtis Adams reported that his department also responded to these calls within the last week:

•Wednesday, March 20 at 5:28 p.m. a grass fire occurred on Jones Road. The Primrose VFD also assisted in this fire.

•Friday, March 22 at 2:54 p.m. there was a grass fire on 476 west near Roy’s Nursery and Grass Farm believed to have been caused from bad bearing in farm equipment. This was about a couple of acres.

•Friday, March 22 at 7:37 p.m. the crew was called back for a rekindle. It turned out to be just a little smoke. They put that out, which was the end of the hot spots.

•Saturday, March 23 at 6:37 a.m. on 504 Hidden Meadows they responded to a call and upon arrival they found a pile of rubbish as long as a mobile home on fire. They put about 4,000 gallons on that fire.

“We are looking for new members to join our department to help fight some of these fires,” said Poteet Fire Chief Adams.

Fire Marshal Garris reminds the public that while there is currently not a burn ban in the county, there may be one within the next two to three weeks.

As of Tuesday morning, Garris explained the drought index was 400. Once it is above 450, a burn ban is usually considered and at 500 it is definite.