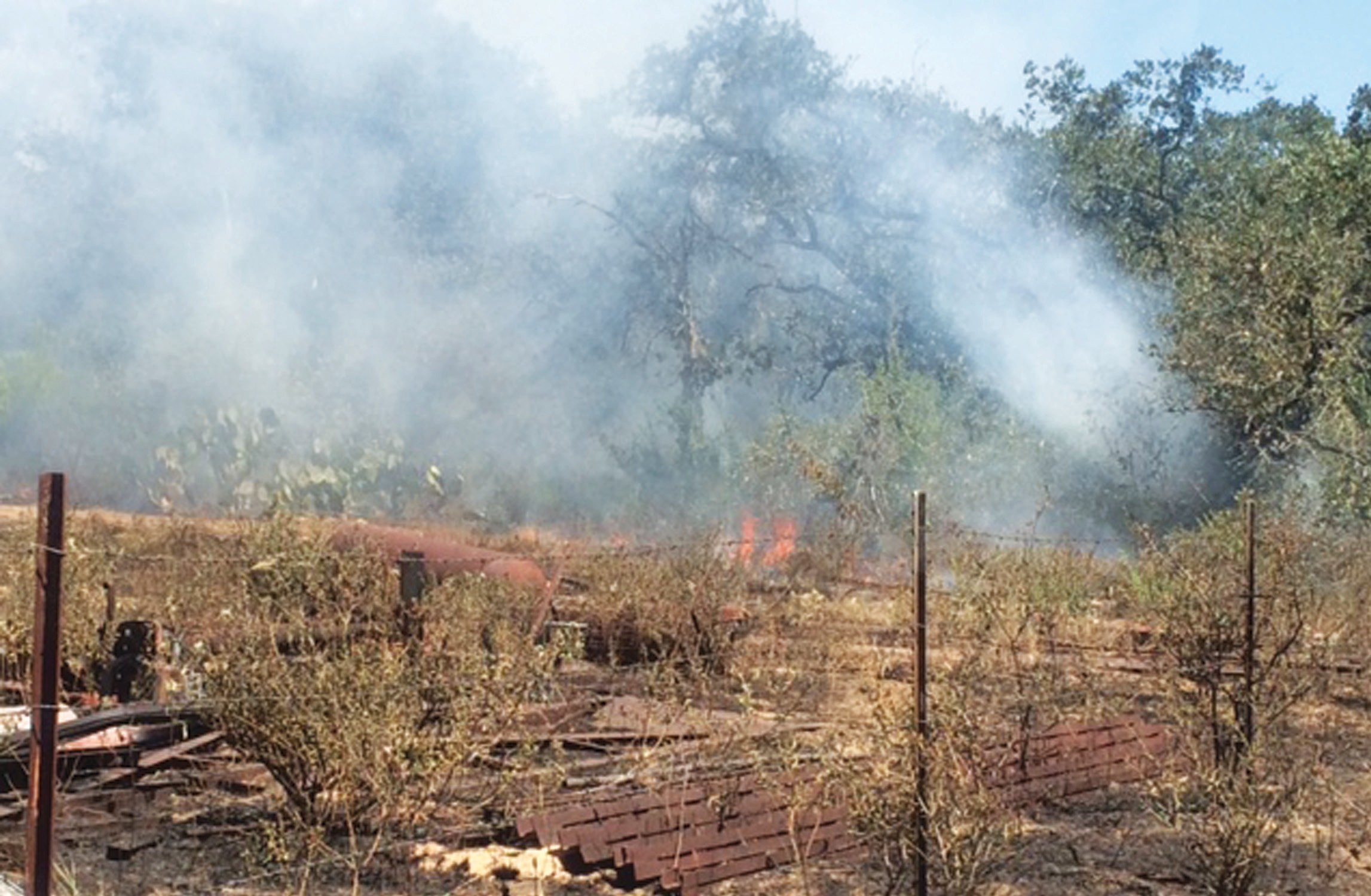 Shortly after four o’clock, Sunday afternoon, Sept. 13, a fire at 780 Quail Meadow Ln., south of Lytle was responded to and eventually created a situation where 375 acres were involved. 21 area fire departments that brought 37 units helped put out the blaze. Fire was 95% contained by about 11:30 p.m. and was completely contained around 2 a.m., Monday morning.

Theinitialreportwasfora5acregrassfire.At 4:39 the units on location reported that the fire was about 100 acres, rapidly spreading and the fire was jumping the roadway on all sides. Command requested a helicopter for an aerial view of the fire shortly after 5 o’clock. SAPD Eagle was notified and responded to assist. At 5:24 p.m. water supply was established. At 7 p.m. SAPD Eagle advised the fire was 70%-80% contained with about 200-300 acres involved.

At 7:25 p.m. a call came across the radio for a firefighter down. The firefighter was reported to be suffering from smoke inhalation and was in and out of consciousness. Airlife was placed on a flying standby but later cancelled. The firefighter was transported to the hospital via Atascosa County EMS. At 11:37, command advised the fire was 95% contained. The fire was completely contained and all units were clear from the scene at 2:12 a.m. The fire burned approximately 375 acres and the fire has been ruled as accidental.