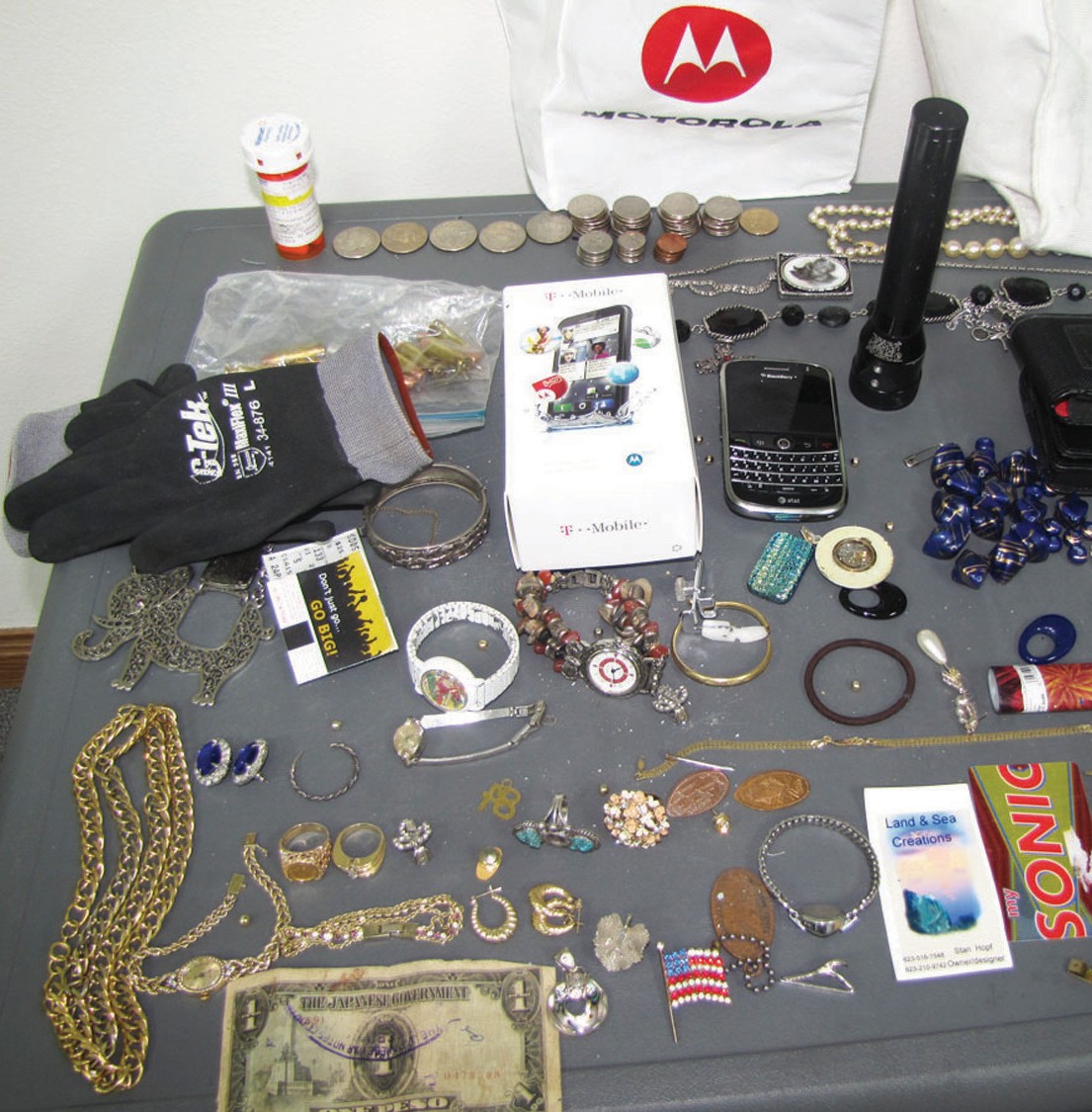 Assorted items found from crime spree that spanned over two counties resulting in a felony arrest.

A felony arrest was the result of a crime spree committed on Monday, April 23, by Dustin Z. Brown, 25, of Pleasanton. Brown was charged with Unauthorized Use of a Vehicle he allegedly stole from the 100 block of Massad Street in Pleasanton among other crimes that spanned over two counties.

The suspect was observed speeding by a San Antonio police officer. As the officer pursued, the vehicle crashed into a bar ditch and the driver took off running. After the suspect was subdued, the officer noticed items in the vehicle that were stowed in a pillowcase. Upon searching the vehicle, there was evidence of stolen items, namely jewelry, cash, prescriptiion drugs from a Pleasanton resident and a 38 caliber revolver. The officer then notified the Pleasanton Police department.

Sgt. Johnny Gonzales contacted the owners of the items and after further investigation, found that a home on Crestline in Pleasanton had been burglarized.

Brown remains in custody with the Bexar County Sheriff’s Office. No bond has been set in Pleasanton.

“Chief Soward and I are particularly proud of the unity that our people worked on solving this investigation,” said Assistant Chief of Police John Eric Rutherford. “Our department utilized their training and experience to help solve this crime,” he continued.