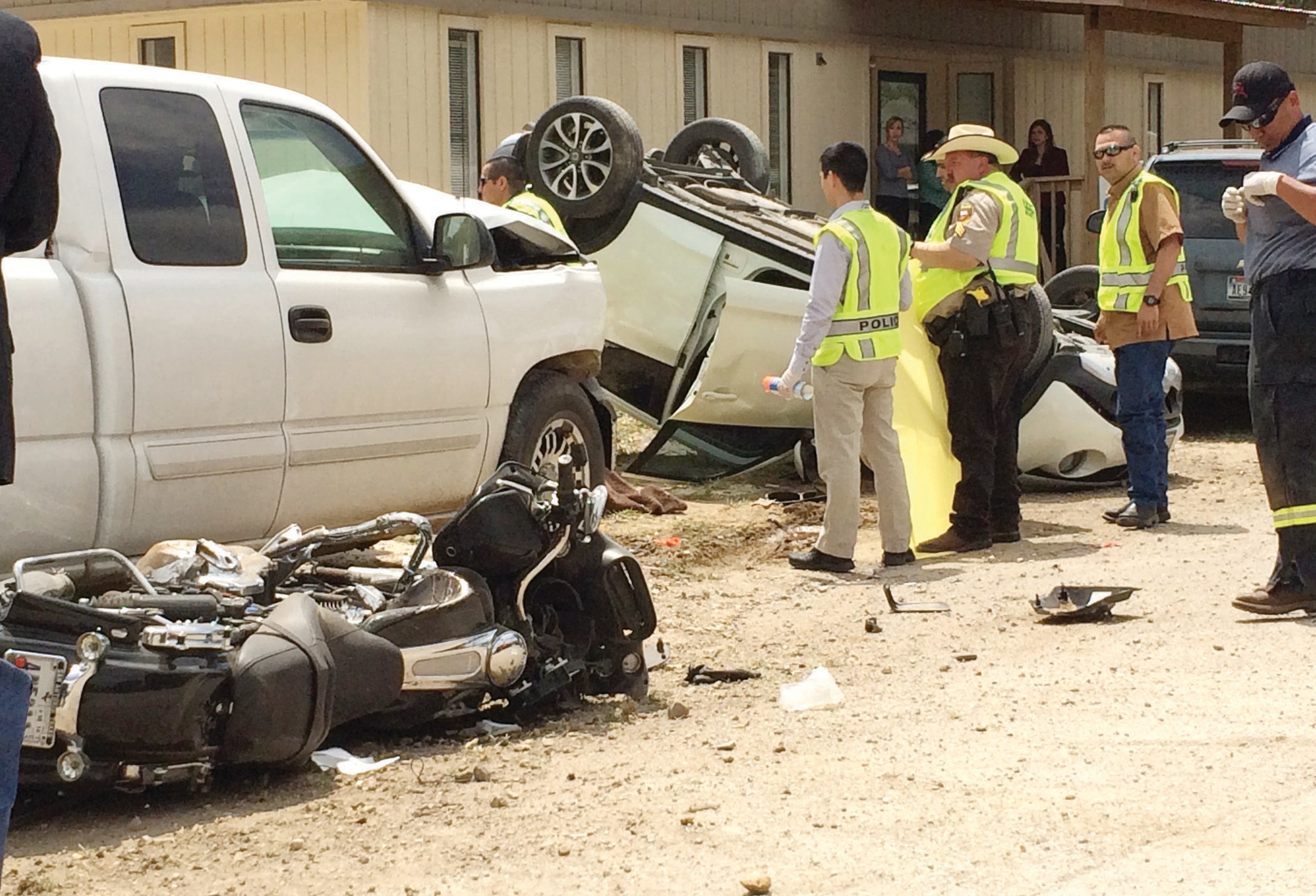 A male motorcyclist lost his life after a crash involving two other vehicles on Tuesday around noon on Oaklawn near Lantana Drive. A truck, traveling west on Oaklawn veered into the eastbound lane striking the cyclist and then hitting a car waiting to enter Oaklawn from a nearby business. The car flipped over, pinning the cyclist between it and the truck. The woman driver of the car was transported to South Texas Regional Medical Center. The truck driver’s condition is not known and the investigation continues by the Pleasanton Police Department and the Department of Public Safety.