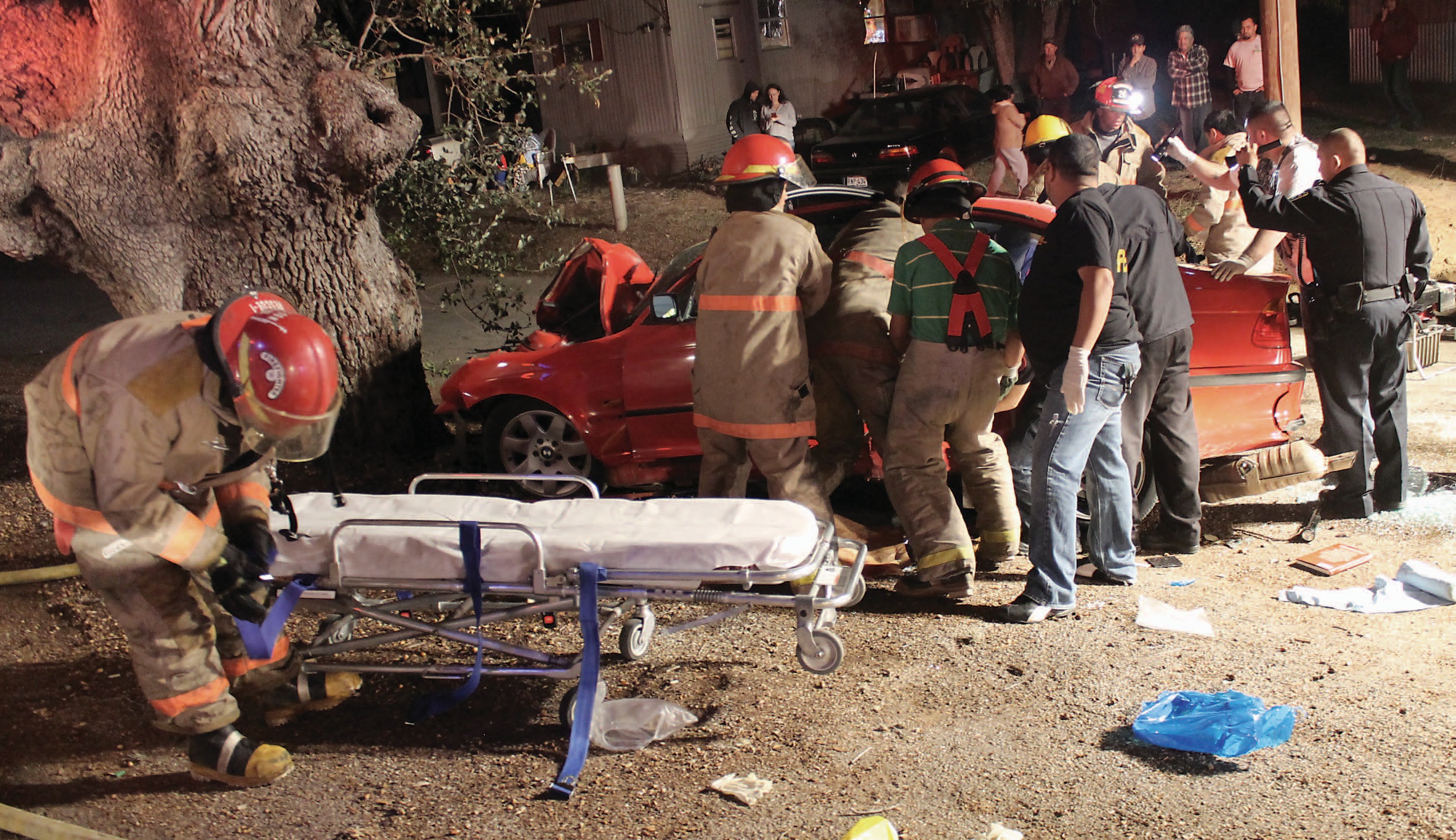 Driver Shannon Dee Richeson, 35, from Talco died as a result of a one-car crash into an oak tree oš of Bryant and both passengers were air lifted to University Hospital in San Antonio.

Three men from Talco, Texas were involved in a one-car accident in the 300 block of Bryant just before 9 p.m. on Thursday evening, December 8.

The driver was the only person killed in the accident when the red 2001 BMW he was driving crashed head-on into the oak tree.

The driver, identified as Shannon Dee Richeson. age 35, and the two passengers, John Logan Wright, age 19, and Gregory Dillion McQueen, age 18, were all listed as residents of Talco, a town in the northeast corner of Texas with a population of about 550. Talco is north of IH-30 between Mt. Vernon and Mt. Pleasant.

Justice of the Peace Orlando Carrasco pronounced Richeson dead at the scene. The judge also ordered an autopsy to help determine the exact cause of the accident and death.

According to the accident report, the BMW accelerated at a high rate of speed and went off the left side of the roadway, striking a tree.

Wright and McQueen were taken by AirLife to University Hospital and were in critical condition. Asst. Police Chief John Eric Rutherford said the two men were still in intensive care and slightly improved.